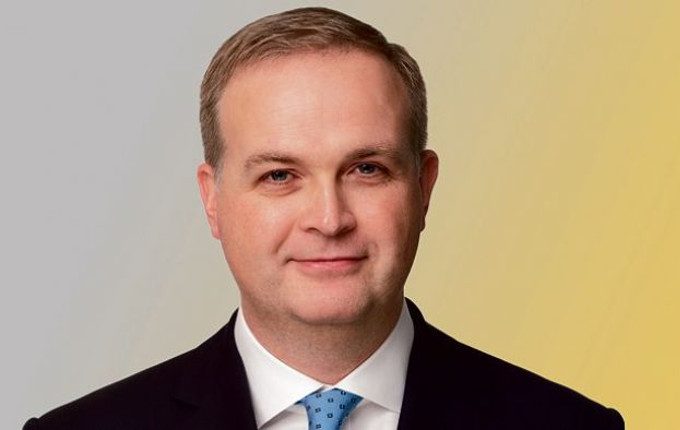 Multi-strategy funds have not faced easy market conditions, so why are they gaining in popularity among institutional investors?

A key strength of multi-strategy funds is that they can target similar levels of return as, say, a standard 60/40 balanced fund, but at lower levels of risk through their more dynamic asset allocation process and greater range of tools.

But when market conditions show a high level of complacency, then pursuing a lower level of volatility becomes a hard sell.

In late September, when this article was written, the Chicago Board Options Exchange (CBOE) VIX index oscillated around 10, which is among the lowest levels seen in at least a decade.

Central banks across the world have been warning against complacency with high market valuations, and Euan Munro, Chief Executive Officer of Aviva Investors, agrees, but says it largely follows a cyclical behaviour pattern of market participants.

“Do people care about volatility? The answer to that question is time-varying,” Munro says in an interview with i3 Insights.

At the moment, I would say that people don’t care about volatility enough.

“At the moment, I would say that people don’t care about volatility enough.

“Because of central bank activity – cutting interest rates and quantitative easing – every market setback has been an opportunity to buy, so volatility hasn’t been a major issue.

“For much of the past decade, it actually hasn’t mattered that much what you invested in as long as you were invested. As long as you didn’t have your money sitting in cash, you’ve tended to do quite well, because interest rates have come down, supporting the bond market, and equity valuations have priced off the lower bond yield.

“At the moment people are probably more focused on how they make a return, rather than thinking about downside risk and volatility.

“Yet, if you’d asked me the same question in 2008, the answer would have been very clear that clients do care about volatility, because it was quite extreme and people were very frightened.”

To a degree, concerns over volatility are steered by how quickly prices revert to their mean, he says.

“Whenever you’ve got mean reversion, where markets go down and then bounce straight back, people tend to not worry much about volatility, as if it didn’t really matter,” he says.

“For example, pension funds with fixed liabilities didn’t worry too much about falling bond yields, because they were taking a longer-term view.

“But bond yields have fallen and haven’t gone back up. That is a major issue for pension funds that are sitting on huge deficits. If they weren’t worried about the volatility of interest rates then, they would face some very serious issues now.

“So my answer is yes, investors should worry about volatility.”

Another headwind for multi-strategy funds has been the stellar performance of unlisted assets.

Multi-strategy funds typically don’t include unlisted or illiquid assets because most are based on a structure that requires daily liquidity.

Yet, in recent years illiquid assets have performed rather well as investors were chasing yields, boosting the returns of the more static diversified funds with large allocations to this space.

Munro is all too aware of this issue, since Aviva Investors runs a substantial real asset business too, but does not yet have strategies that combine the two.

“Typically, retail investors want daily priced funds and there has been an assumption that when you put a daily price onto something, you are guaranteeing liquidity,” he says.

This could change if investors and market participants accept that pricing reflects an estimated value rather than an ability to trade, he says.

We could put a [daily] price on illiquid assets, but it is not a guarantee of liquidity

“There’s some work to do in educating investors that we could put a price on illiquid assets, but that it is not a guarantee of liquidity,” he says.

“Liquidity is only available if there is a reasonable balance between buyers and sellers.”

If that notion is accepted, then it would be possible for multi-asset funds to incorporate illiquid assets, he says.

Despite these challenges, there is a growing interest in multi-strategy solutions among institutional investors, especially in the past 12 months.

Partly, this has to do with concerns over the increased risk of tail events occurring.

The CBOE SKEW Index measures the perception of tail risk in the market through the pricing of out-of-the-money options. And when the index rises, it means tail-risk protection is in demand among institutional investors.

Normally, the SKEW Index moves between 100 and 150, but in the past 12 months the index has not fallen below 120, while in March this year it even tested the upper boundaries at 154.

In short, the combination of a low VIX Index with a high SKEW Index indicates that while overall the market seems complacent, big investors estimate tail risk is unusually high.

Whereas in the past investors relied on bonds to provide them with protection against equity drawdowns, the current low yields and potential of rising interest rates make bonds less attractive for this purpose.

Funds such as CalSTRS and the State of Hawaii Employees’ Retirement System have started to look elsewhere for diversifying strategies and have been building separate crisis mitigation sleeves that consist of a variety of strategies that help cushion the blow of a potential correction in listed markets.

In Asia, multi-strategy funds have been used for this purpose.

Munro says the key advantages revolve around speed of implementation and freedom in the number of levers you can use versus the relatively slow-moving workings of a typical pension fund.

“You can change your portfolio very quickly and be very responsive, much more than a classical pension fund that is overseen by a board of trustees which set a strategic benchmark,” he says.

“To actually make significant changes to that benchmark, people would have to go to a committee and it would take substantial time before they have agreed to change the strategic benchmark. By then, the opportunity is perhaps gone.

“The slow-moving benchmark model can be improved on by a team that has a risk framework and a risk budget to work with and make those decisions much more rapidly.

“So there is that speed benefit of multi-strategy funds, but I tend to talk more about degrees of freedom. I think there is a big advantage to be able to express short views on markets to de-risk the strategy.

“For example, a company like Amazon is obviously trading at very high multiples and it is an exciting business that is growing rapidly. Amazon is also operating on very small margins and you could make the case that it will make a lot more money in the future once it stops ploughing all those funds into expansion.

“But given the multiples, it is quite hard to decide if it is a buy or not.

“What is much clearer is that a company like Amazon is hurting the profitability of conventional retailers. So we have built a basket of companies that we think have been digitally disrupted and that is one of the short baskets in our portfolio.

“That dynamic to go short and long is an example of the degrees of freedom that aren’t open to typical [pension] funds.”

The Search for Green Income The Trouble with Measuring Free Stuff