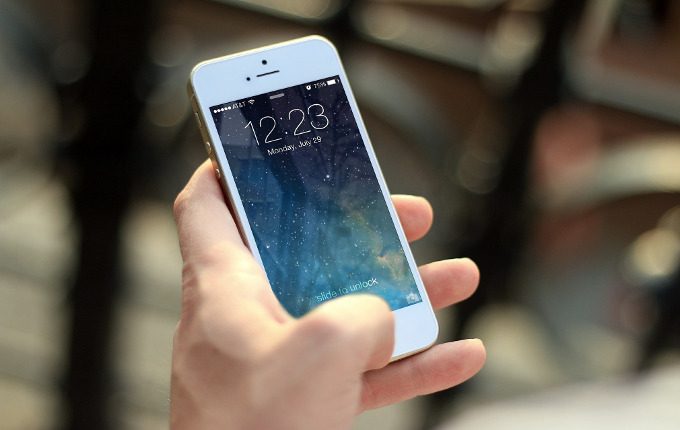 Mobile phones provide many services apart from calling, but are they really free services?

Critics have argued that classical economic measures fail to capture the growth and productivity of today’s technology-driven world, but what does the US Bureau of Labour Statistics think about this?

The smartphone is a wonderful device, but increasingly it has become somewhat of a misnomer for what is really a pocket computer.

For many years, making phone calls hasn’t been its primary use anymore, rather it provides a gateway to the internet, aggregating services and information, as well as providing access to a whole range of communication methods.

You can pay bills with your phone, chat with multiple people in multiple locations at the same time, look up the meaning of the word ‘Brobdingnagian’, access detailed satellite maps or simply play a game while you’re waiting in line.

And now it is available to virtually anyone.

But if you work for a statistics bureau in any country, trying to produce official numbers on economic activity and productivity growth, smartphones are likely to give you a headache.

How can you account for all these free and rapidly expanding services through a measure that is supposed to capture only the market value of goods and services?

Increasingly, critics have come to the conclusion that you can’t. They have become suspicious of whether traditional economics still applies the correct methods for measuring gross domestic product (GDP) and productivity.

And what’s more, they suspect the slowdown in productivity in many countries, including the United States and Australia, has been illusory due to this mismeasurement.

In March, the Investment Innovation Institute [i3] hosted US economist Horace ‘Woody’ Brock for a luncheon as part of our Equities & Equity Alternatives series.

Brock echoed the writings of Martin Feldstein, Professor of Economics at Harvard University, when he argued that official government GDP figures do not reflect the fact most people have experienced a substantial improvement in their living standards over the past 35 years.

I have been struck by the difference between the official statistics about economic growth and how people judge whether their own economic conditions have improved – Prof. Martin Feldstein

A similar argument has been put forth by MIT Professors Erik Brynjolfsson and Andrew McAfee in their popular book, The Second Machine Age: Work, Progress, and Prosperity in a Time of Brilliant Technologies, in which the authors argue that we are in the midst of a technology-driven revolution that will fundamentally change the structure of the global economy.

So far, much of the discussion has focused on the calculation methods of the US Bureau of Labour Statistics (BLS) and the Bureau of Economic Analysis (BEA), the two bodies that produce the official numbers for growth in productivity and GDP in the US.

So i3 Insights decided to ask the BLS what it thought about the discussion on potential mismeasurements in a digital economy.

Jay Stewart, Division of Productivity Research and Program Development Chief at the BLS, is the first one to admit that measuring productivity and GDP is difficult, particularly when you consider the time frame of 20 days the bureau has between collecting new data and publishing its indices.

“The BLS and BEA have long been aware of the problem and have been working on improving our statistics. The main issue is the measurement of real output,” Stewart says.

But he also points out much of the criticism is not particularly new.

Most of the criticism focuses on two aspects: quality improvements are not adequately captured in economic data and economic measurements don’t capture free products and services.

Stewart points out that the quality discussion has been around at least since the 1920s, with the rise of electricity, indoor plumbing and radios, and has led to various models that aim to capture these changes.

One method is the ‘matched model’ in which the bureau matches products with the same characteristics, so that any price change can only be contributed by inflation.

Where this is not possible, the bureau looks at a quality adjustment procedure. For example, in many cases manufacturers are able to provide a cost price for changes in characteristics.

It also applies a method called ‘hedonic adjustments’, which helps in making the price of two different products comparable by looking at the utility of characteristics.

These models have become more accurate with the increasing availability of data. Statistics New Zealand, for example, makes use of web-scraping data and supermarket scanner data, which gives it a much more timely view of prices.

At the same time, many services we think of as ‘free’ turn out not to be free at all.

To a degree, the current debate around internet services that are available at no cost to the consumer has many similarities with the discussion that ensued when television sets became a regular feature in households.

People were consuming vast amounts of programs they didn’t directly pay for, but were financed by advertisements.

It comes down to the phrase: “If the product is free, then you are not the client, you are the product.”

Google and Facebook derive their revenues from advertising and the sale of data produced by their users. These revenue streams are certainly captured in the calculation of GDP.

Even open source projects often have some form of revenue stream attached to them in the form of donations.

“I expect that the donations would show up as revenue, and would thus be counted in GDP,” Stewart says.

The debate around how ‘free’ products and services interact with the measurement of economic activity has always thrown up some difficult questions.

A gardener who mows your lawn is a labourer who provides a service for which you pay. But what if you mow your lawn yourself? Should that effort be calculated as productivity? After all, the work is still being done, you just don’t pay yourself for doing it.

In the end, statisticians emphasise that economic data measures the transaction of goods and services in the marketplace, not the level of comfort in a person’s life.

It is a point Feldstein is well aware of, but which he doesn’t necessarily think is helpful.

“I have been struck by the difference between the official statistics about economic growth and how people judge whether their own economic conditions have improved,” he wrote in a paper for the Journal of Economic Perspectives earlier this year.

“The public clearly wants a description of changes in well-being and inappropriately uses the official measures of real GDP and real personal income for that purpose.”

He argues this discrepancy between the official figures around productivity and economic growth and the improved life standard of many people has played into the hands of populism.

“I think it creates a pessimism that contributes to political attitudes that are against free trade and critical of our market economy more generally,” he says.

The BLS doesn’t dismiss the importance of non-market services and sees value in building welfare measures that incorporate activities such as cooking, gardening and housework.

But in the end, they shouldn’t be confused with GDP as “such measures have a different purpose than GDP statistics”, it says.

Not Worried About Volatility? Validating Ideas Through Strategic Partnerships