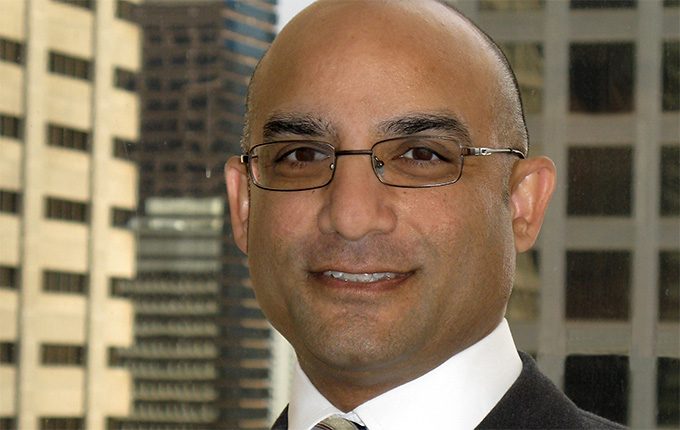 Most people will associate Hawaii with white, sandy beaches, surfing and rugged mountains, but not many people know that the volcanic archipelago is also the state with the longest life expectancy of all of the United States.

Where the national average for life expectancy at birth is 79.7 years for the average American, those born in Hawaii can look forward to 81.3 years on this planet.

It is tempting to think this is due to the inherent beauty of Hawaii and its laidback lifestyle – and there is evidence that Hawaiian residents are less prone to feeling stressed  – but it is more likely related to access to health insurance.

While 14.5 percent of Americans did not have health care coverage in 2015, in Hawaii the uninsured rate was less than half that of the national US rate.

As pleasant as it might seem, the longer life expectancy poses a bit of a problem for the State of Hawaii Employees’ Retirement System (ERS), a $14 billion defined benefit pension fund that covers almost 120,000 public employees and retirees.

Last year, the fund’s actuarial consultant, Gabriel Roeder Smith & Company, recommended that the fund’s assumptions should reflect the unique nature of Hawaii’s long-lived population and this means a sharp increase in the time it will take to get back to a fully-funded status, from 26 years to 66 years.

The underfunded status means ERS is forced to take more investment risk in its portfolio than the average US defined benefit fund.

“As an underfunded pension plan, we know that we need to take risk. We have to be exposed to growth risk in the market because that is the only way that we can hope to fund our future obligations,” Vijoy Chattergy, Chief Investment Officer of ERS, says in an interview with [i3] Insights.

“Knowing that we were going to have that exposure we had to ask ourselves: ‘What level of risk do we want to have?’ How much of a drawdown would be too much for the fund to sustain?”

Chattergy previously worked for Japanese hedge fund SPARX International and decided to apply his knowledge of hedge fund techniques to build a risk framework that would give the fund enough exposure to growth assets to accumulate wealth, but also make it robust enough to withstand a sharp drawdown in equity markets.

After all, the underfunded status of the fund meant that a new crisis could permanently sink the fund, but buying tail-risk protection was expensive and detracted too much from the performance, he realised.

Instead, Chattergy applied his knowledge of alternative strategies and started implementing an allocation to a Crisis Risk Offset (CRO) portfolio.

The concept of a CRO portfolio is relatively new. It is based on the acceptance that we haven’t seen the last equity market crisis just yet and to ensure an investment portfolio is sufficiently robust and can withstand a new crisis, you need to protect it against drawdowns.

“The idea to focus more on risk came out of the 2008/09 experience and just an observation that risk needed to be more fully incorporated in the way we think about investment opportunities,” Chattergy says.

“It is pretty straightforward when thinking about it from an academic and private market point of view, but for the public pension world that was still something that wasn’t fully appreciated.

“People were more focused on just returns and the crisis brought out the fact that that is woefully inadequate for a professionally managed, institutional quality portfolio,” he says.

In a CRO portfolio, investors don’t try to hedge the risk of an equity market downturn but offset it by diversifying into uncorrelated strategies.

“With a hedge, you might be buying portfolio insurance, buying puts that help you sleep at night because you think it is going to be there in a crisis. It has a negative expected return.

“We expect [CRO] to actually perform okay over the long term, but the offset means that rather than hedge some part of the portfolio, it is meant to dampen that drawdown so that we can compound again at a better level than we would have been able to do otherwise.

“Once you’ve drawdown less, you can rebalance into the dislocated asset. That is very hard for people to do, even for investors, because we have behavioural biases and fear. You don’t want to catch a falling knife. But some of the best rebalancing opportunities come when you rebalance your portfolio into a dislocated asset,” he says.

The CRO portfolio will consist of three strategies, Chattergy says.

“The first would be long duration, US treasuries. The idea of holding long duration bonds is that in the event of a major and unexpected change in valuation you have a flight to quality and those assets tend to do well in those circumstances.

“They clearly don’t do well under all circumstances and people are very aware of that right now, but the idea is that it would take the first hit in a crisis.

“The next class in our CRO is systematic, trend-following strategies. Think of your old-time CTAs (commodity trading advisors), but then in a structure that is systematically implemented, so rules-based.”

The idea behind the inclusion of CTAs is that in periods of equity market declines, managed futures tend to perform like a long equity put position, offsetting the risk of a collapse.

“As markets reverse their trend they will be able to pick up the negative trend and thereby do well in that situation,” he says.

“The reason why we included it in the portfolio is that we want it to contribute to generating a positive, expected return for the entire class over the long term,” he says.

“The idea is that even with good policies in place, there will be times that we are going to ask: ‘Why do we have all these holdings? Look at what equities are doing; they are going to the sky. We need to hold only equities.’

“To avoid that lack of discipline, we hope that this extra source of return in the crisis portfolio will help to be more disciplined to stay with the strategy through the ups and downs of the market,” he says.

The strategy doesn’t include any active hedge funds, but is mainly passive, keeping costs under control.

Chattergy expects the CRO portfolio to reach 10 per cent in March, while he targets a 20 per cent allocation by 2020.

“This can’t be a 5 per cent allocation, where we say: ‘Hey let’s dip our toe in the water and test this out.’ You really need to go all in with this, if that is the way you think the world works.

“Some people say: ‘Oh well, you need a crisis for your strategy to work.’ It is not that we want a crisis, it is that our observation and understanding of the world is that crises happen and they are likely to happen again in the future.

“Therefore, it is about how you build a portfolio acknowledging that crises exist in the world, while not giving up the long-term upside that you need to be a sustainable plan. It is about building a portfolio that contributes to the sustainability of our pension plan,” he says.

ERS is not alone in believing in this new approach. The US$ 179 billion California State Teachers’ Retirement System (CalSTRS) has also indicated that it will move 9 per cent of its investments into a new risk mitigating strategies portfolio over the next three years.

This portfolio is similar to a CRO portfolio and will include hedge funds, hedge-fund-like investments and long-duration US Treasuries.

Chattergy joined ERS in 2011 as an investment specialist and became its CIO a year later. In addition to the new risk framework, he has also restructured the main portfolio and added alternative assets to it.

He now runs a portfolio that has a large exposure to growth, split out into three categories. There is a category for traditional growth asset, but also something that he calls ‘Stabilised Growth’. This includes credit, an option writing program, core real estate and global low volatility.

In addition to the broad growth portfolio, Chattergy has an allocation to ‘Principle Protection’, which essentially contains global sovereign bonds.

Then there is an allocation to ‘Real Return’. “You can think of this as real assets, or inflation-protected assets such as timber, global TIPS (Treasury Inflation Protected Securities), infrastructure and we are looking to add agriculture and commodities,” he says.

Finally, there is a small allocation to ‘Opportunities’.

“These are one-off investments, co-investments, and other things that don’t easily fit into the category of long-term, strategic investments,” he says. “Maybe it is an anomaly created by a government program that you want to participate in, but it is a small allocation and we don’t always expect it to be there.”

Some Explaining To Do

The increased complexity of the portfolio does make it tricky to communicate the strategy to members, especially as Chattergy knows many members personally. Even his parents are part of the fund, he says.

“I try to explain it using analogies and I try to keep it as clear as possible, but at the end of the day, it is going to be difficult because people are not used to thinking about their portfolios with this kind of risk lens.

“So it will continue to be this ongoing educational process,” he says.

Impact as a Value Driver Factor Investing for the Masses