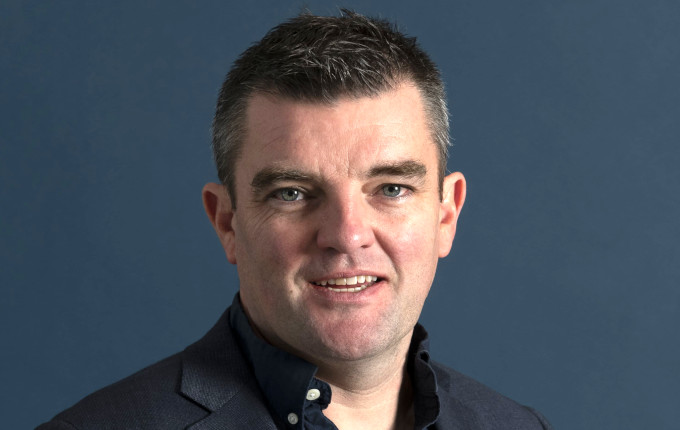 Resolution Life Australasia’s CIO has been given the task to build an investment function and implement Resolution Life’s multi-manager model in the region. We speak to John Lucey about the process.

In 2020, global life insurer Resolution Life acquired AMP Life and established an Australian and New Zealand based arm with the name Resolution Life Australasia. The local entity has more than a million customers and $27 billion in assets under management.

These assets were previously managed by AMP Capital alone, but after the acquisition, Resolution Life Australasia decided to move away from a single manager to a multi-manager model with a fully-fledged investment function.

Lucey was previously the Chief Investment Officer (CIO) of Avant Mutual, a position he held for over five years, and where he had spearheaded a comprehensive review of the investment strategy.

As the new CIO of Resolution Life Australasia, he was given the task to build out the investment function and find a team of investment professionals to run the business in the region.

The absolute return strategy in a previous life was because we couldn't get the yield in bonds. But now you can have a 10-year Australian government bond at about a four per cent return and assuming CPI normalises between two and three per cent at some stage then bonds definitely have a role to play

“Then we are also setting the strategic asset allocation, appointing best-of-breed managers into those asset classes and wrapping that up with an execution implementation function, a reporting risk analytics function and establishing an institutional governance process.

“Blackstone will now be our investment manager for certain key areas such as directly originated assets across the private credit, real estate and asset-based finance markets as a result of our new strategic partnership,” Lucey says.

It is a big job, but Lucey has been involved in such an operation before.

He was part of the team that brought asset management in-house at ANZ, after ANZ bought Dutch bank ING out of the OnePath joint venture in 2012.

Under the joint venture, all investments were run by ING Asset Management, and so ANZ had to build an investment function to house the new activities, a project that was led by Stewart Brentnall, who was then the CIO of ANZ and today is CIO at TCorp.

“That experience really stood me in good stead to effectively do the same thing here. It is really about bringing an institutional focus to the process,” Lucey says.

In his previous role at Avant Mutual, Lucey had undertaken a comprehensive review of the investment strategy, because the insurance business was faced with a problem.

Fixed income investments have traditionally formed the backbone of any insurance investment portfolio, but in an environment where rates were at historic lows, bonds did not yield enough to match the liabilities.

Lucey shifted the focus away from the traditional asset/liability matched model to one that had more of an absolute return focus, which saw the company include private and alternative assets in its portfolio.

Yet, if you assume that he will run a similar strategy at Resolution Life Australasia you would be wrong.

“The absolute return strategy in a previous life was because we couldn’t get the yield in bonds. But now you can have a 10-year Australian government bond at about a four per cent return and assuming CPI normalises between two and three per cent at some stage then bonds definitely have a role to play,” he says.

Our portfolios are relatively conservative, very traditional, insurance portfolios. We are now in the process of going through all the books and looking on a portfolio by portfolio basis at the objectives, the risk tolerances, the liquidity budgets and seeing what levers we can pull

“So we’re probably not going to be steering into absolute return as much as I did in a previous life, because I don’t need to. I will be looking to pull other levers in the portfolio and increase the diversification of alpha drivers.

“Our portfolios are relatively conservative, very traditional, insurance portfolios. We are now in the process of going through all the books and looking on a portfolio by portfolio basis at the objectives, the risk tolerances, the liquidity budgets and seeing what levers we can pull.

“For example, we’ve got very limited exposure to private assets and we probably haven’t tapped into our liquidity budget yet. But we’ve got a lot of cash in our books, so it’s been a pretty opportune time for us to start putting some money to work,” Lucey says.

As the investment environment changes, with rates rising and inflation increasing, it is important that investors adapt their strategies to the circumstances, he says. It is a key area where investment teams can add value.

“That’s a really important part of being a CIO: to be dynamic and move when the market moves. You can’t have these views and hold on to them forever, because when the market changes your views need to change,” Lucey says.

But he anticipates the number of external managers will remain in the single digits, as he seeks to establish partnerships with managers that go beyond simple contracts. Lucey wants the managers to form an extension of his internal team and generate investment and capital efficiency ideas that will help them deliver the right outcomes.

“We’ve been very deliberate in our strategic partnerships. I’m a big believer in partnering with managers that can provide solutions in a number of different asset classes, but can also add value for the investment team,” he says.

“So there’ll be no niche allocations in the book, because I just don’t believe that it moves the dial, while from a governance point of view a relationship with a small manager that you might give $500 million to invest takes as much time as a manager that you give $5 billion,” Lucey says.

There'll be no niche allocations in the book, because I just don't believe that it moves the dial, while from a governance point of view a relationship with a small manager that you might give $500 million to invest takes as much time as a manager that you give $5 billion

He does note that fund managers have become more knowledgeable over the years about the specific needs insurance investors have compared to other institutional investors, in particular in regards to capital efficiency.

“When I first started working for insurance companies under LAGIC, there were very few managers, if any, that really understood the capital framework. But there has been a huge change in the last seven or eight years.

“Having managers that understand the capital framework is very useful, because otherwise what happens is that managers come to you with all of these strategies and they might have really good historical returns and look really good on a risk/return basis, but then we put it into our model and it blows the capital out of the water.

“So the managers that we like to partner with are those that are very aware of the local regulatory requirements for insurers and the capital framework, and are looking to optimise that,” he says.

In February this year, Resolution Life Australasia announced plans to acquire the superannuation and investments business of AIA Australia, which will add more than $8 billion in assets under management and administration.

And it is unlikely that this will be the last acquisition for Resolution Life Australasia, Lucey says.

“We have set up the investment function and the AIA business is coming on board next year and that’ll give us another six or seven billion, so it’s a decent size investment capability we now have in the region,” he says.

“There will be no business as usual here, there’ll be a constant state of change and that was one of the things that attracted me to this role. It’s going to be a very dynamic and fluid environment,” he says.

But in the short term the team is focused on a review of the strategic asset allocation and populating the various asset classes with new managers.

“The end result of all of that is effectively we’re going to have better or more optimised risk, return and capital outcomes for our policyholders. That’s what all of this is about,” Lucey says.