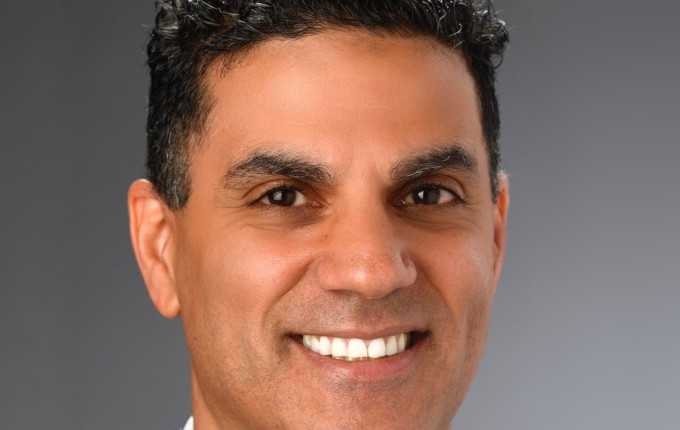 Private markets have become a larger share of institutional portfolios, but as they have grown, the nature of investment risks and opportunities has shifted too, PGIM’s Shehriyar Antia says

Spotting unicorns used to be hard.

Before 2010, finding a private company that had just reached a valuation of over US$1 billion was so rare you would be forgiven for thinking it was a myth.

But last year, for the very first time the number of new unicorns in the United States market exceeded the number of initial public offerings (IPO) on the New York Stock Exchange and Nasdaq combined.

This milestone is indicative of the growth of private markets and their increasing importance as part of institutional portfolios.

Worldwide pools of private capital, including equity, credit and real assets, currently stand at over US$12 trillion, double the size from just six years ago, a new report by PGIM, titled “The New Dynamics of Private Markets – Investment Risks and Opportunities”, has found.

But it also means investors need to consider a broader range of risks than before, including illiquidity across assets, embedded leverage, higher fees and limited transparency, as well as potentially frothy valuations in some corners of private markets, Shehriyar Antia, Head of Thematic Research at PGIM and one of the principal authors of the report, says.

The whole way that investors think about risk is really shifting. They need an adequate framework to encompass both private assets as well as public assets and it needs to incorporate a very customised view of the liquidity needs of that investor

“The whole way that investors think about risk is really shifting. They need an adequate framework to encompass both private assets as well as public assets and it needs to incorporate a very customised view of the liquidity needs of that investor,” Antia says in an interview with [i3] Insights.

“For example, a good framework will enable a CIO to be able to stress liquidity conditions on the public side and on the private side.”

“The blurring of lines between public and private really alters the investment landscape and presents new risks and opportunities for investors,” Antia says.

An example of a new risk is with leveraged buyout-driven sponsored lending, he says.

“Sponsored lending dominates direct lending and asset allocators really need to be mindful of the overlapping exposures and the possible correlations between their private credit and their private equity allocations, because they can be exposed to the same deals,” he says.

The growth of private markets has partly been a story of the post-global financial crisis environment. A tightening of bank regulations saw banks pull out of the loan market, leaving space for new investors to enter the market.

In addition, the various quantitative easing programs around the world gave access to cheap capital and brought down interest rates. These three drivers – regulations, low interest rates and cheap capital – made it more attractive for companies to seek out private entities to fund their next growth phase.

“The typical voyage for companies was that they would stay in private markets when they were small, but then they would grow to a size where they needed to access public markets. Well, that’s no longer the case,” Antia says.

“What this means for investors is that they can’t wait for these companies to IPO. To get in on the steepest part of their growth curves, you have to go into private markets.”

Low interest rates also pushed institutional investors to look for yield outside the traditional corporate bond markets and towards infrastructure and other real assets, further adding to the move to private markets.

A growing share of these [carbon-intensive] divested assets, as well as funding needs of small and medium-sized energy companies, are now provided by private capital

But changes have also taken place at a sector level.

The argument has been made that the increased use of technology has fundamentally changed businesses as they shift to asset-light models, relying on software, proprietary data and algorithms, rather than machinery, plants and inventory.

“Some business models have a comparative advantage in remaining private, for example those with capital-light business models, which are centred on investments in intangible assets,” he says.

“They are what we call ‘weightless firms’, which when scaled appropriately can be very profitable platforms. We are talking about Alibaba, Rakuten and Amazon.

“The journey to that scaled size is often best appreciated and funded by private markets because weightless firms often have a longer journey to profitability and are punished by the drumbeat of quarterly earnings and the whims of impatient stock markets.”

A similar argument can be made for emission-intensive businesses, including energy companies, today. As more organisations embrace decarbonisation, fossil fuel companies are increasingly turning their attention to private markets to raise capital.

And considering the long sunset for these businesses, private lenders are willing to step in.

“Climate activists and other groups have been effective in pressuring commercial banks and asset managers to divest substantially from carbon-intensive industries,” Antia says.

“A growing share of these divested assets, as well as funding needs of small and medium-sized energy companies, are now provided by private capital.”

As the global economy is slowing and interest rates are rising, both public and private markets will face headwinds in the period ahead. This has been initially reflected in public markets due to their more frequent pricing, but private market investors will also face challenges, in particular if they are relatively new to the scene.

“It’s not all unicorns and rainbows for the private markets as new entrants are really going to be tested over the next 12 to 18 months,” Antia says.

“There could very well be a shakeout of some new private market players who are untested. Many have simply yet to face an economic downturn before.”

Over the longer term, Antia expects private markets to continue to grow, but perhaps at a slower pace than over the past decade, especially as some shorter-term-focused investors will likely get back into corporate bonds again.

“Many of these so-called ‘tourist investors’ will certainly be lured back to corporate bond portfolios now that effective bond yields are at eight, nine and even 10 per cent.

“But there are other reasons investors will remain in private markets – they can still offer uncorrelated credit and equity returns. And the fact that they price less frequently serves as a portfolio ballast to the gyrations of public market valuations. That’s never been the case more than this year.”

Besides, private markets are not just simply bulking up, they are also expanding into new territories, he says.

“Private markets are growing in size, but they’re also expanding into new areas and that is also part of the story here. Private credit and equity, for example, have grown tremendously in real assets, including real estate and infrastructure,” he says.

“And they’ve even pushed into new areas, like consumer lending, equipment financing and other aspects of specialised finance.

“The macro conditions of the last 15 years of low inflation, low rates, steady global growth provided a fantastic tailwind for private market investors. That optimal macro environment has ended, but I don’t see a wholesale rush out of private markets by investors.”

This article is sponsored by the PGIM. As such, the sponsor may suggest topics for consideration, but the Investment Innovation Institute [i3] will have final control over the content.

In Australia, this information is issued by PGIM (Australia) Pty Ltd (“PGIM Australia”) for the general information of its “wholesale” customers (as defined in the Corporations Act 2001). PGIM Australia is a representative of PGIM Limited, which is exempt from the requirement to hold an Australian Financial Services License under the Australian Corporations Act 2001 in respect of financial services. PGIM Limited is exempt by virtue of its regulation by the Financial Conduct Authority (Firm Registration Number 193418) under the laws of the United Kingdom and the application of ASIC Class Order 03/1099. The laws of the United Kingdom differ from Australian laws. PGIM Limited’s registered office is Grand Buildings, 1-3 The Strand, Trafalgar Square, London, WC2N 5HR. Jennison Associates LLC, PGIM Australia and PGIM Limited are wholly owned subsidiaries of PGIM, Inc., the principal investment management business of Prudential Financial, Inc. (“PFI”). PFI of the United States is not affiliated in any manner with Prudential plc, incorporated in the United Kingdom or with Prudential Assurance Company, a subsidiary of M&G plc, incorporated in the United Kingdom.