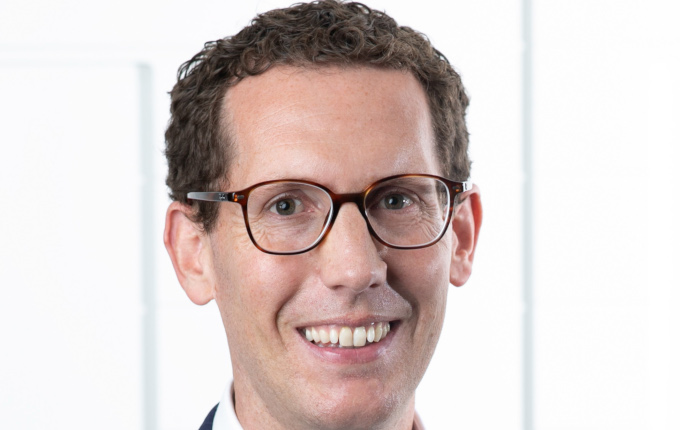 The planned introduction of the Retirement Income Covenant and stapling of super accounts next year have pushed the development of retirement options to the top of super funds’ list of priorities. We spoke to Fintan Thornton of Allianz Retire+ about what shape these options might take.

After an initial delay caused by the coronavirus pandemic, the Retirement Income Covenant is due to come into effect on 1 July 2022. Under the covenant, super fund trustees will be required to consider the retirement income needs of their members, expand individuals’ choice of retirement income products and improve standards of living in retirement.

This means superannuation funds have until then to come up with at least one suitable retirement option.

The funds themselves are telling us that the development of retirement income solutions is now a top three priority for them, sitting alongside a response to stapling and consolidation

“I think it has already created a sense of urgency,” Fintan Thornton, Head of Institutional Solutions at Allianz Retire+, says in an interview with [i3] Insights.

“The retirement covenant is definitely coming. Minister [for Superannuation, Financial Services and the Digital Economy and Minister for Women’s Economic Security, Jane ] Hume has made very strong public statements in support of it and the funds themselves are telling us that the development of retirement income solutions is now a top three priority for them, sitting alongside a response to stapling and consolidation.”

Thornton thinks the final shape of the covenant will be a principles-based framework, rather than a pension version of the MySuper default that came into existence in 2012.

“I suspect we aren’t going to see a default solution in retirement and we know some of the reasons for that, which are mainly around the heterogeneity of retirees,” he says.

“But we’ve also seen people move on this. QSuper has already launched their retirement product and we are also seeing a lot of demand from super funds.”

Apart from the incoming covenant, the development of a retirement product has also received increased attention from trustees for a more existential reason.

Under the proposed Your Future, Your Super reforms, the government has suggested people should have their existing super account ‘stapled’ to them as they change jobs.

The idea is to stop the creation of multiple accounts, which each attract various levels of fees, thereby reducing a person’s retirement savings.

Under the current regulations, employers need to establish a new superannuation account for employees who don’t provide a choice-of-fund form upon joining the company. But under the proposed reforms, employers will have to look up a new employee’s existing super fund by logging into the Australian Tax Office’s online services.

The reality is that for some super funds this means they will see a reduction in the inflow of new members.

Thornton has been travelling the country to meet with super fund executives and discuss what type of options and strategies they are interested in.

In association with the Fund Executive Association Limited (FEAL), Allianz Retire+ organised a series of roundtables across Australia, where Thornton spoke to more than a hundred fund executives, polling their efforts on retirement options.

“Trustees now know that they need to be, what we call, ‘covenant-ready’ by July 2022. So they have asked their executives to prioritise that and it is a top priority for many funds now,” he says.

“What these executives very much recognise is that as mutual member-based organisations that don’t have access to a life company balance sheet, they themselves can’t take on longevity risk, which is a key risk in retirement.”

Therefore, many funds will need to partner with external providers to deliver retirement options.

Thornton says there are two particular strategies that have come up in his conversations with super fund executives.

“One example that we are working on at the moment is a longevity booster. The idea here is that it is in essence a deferred lifetime annuity, but in the deferral period, which is let’s say between 65 – 85 [years of age], you give the member market exposure. And so you give them some potential upside, but also capital protection.

“If someone invested $50,000 in it, they can safely know that that money is not going backwards, but they also have an opportunity to grow that account balance in the deferral period, which is for them a better experience and value proposition than a traditional deferred annuity,” he says.

This strategy makes use of member pooling and is similar in concept to a traditional defined benefit fund set-up.

What these [super fund] executives very much recognise is that as mutual member-based organisations that don’t have access to a life company balance sheet, they themselves can’t take on longevity risk, which is a key risk in retirement

The second version is more akin to an insurance contract, where a member pays a set premium during the life of the option and chooses an age at which they would like to receive an income stream.

“If you think of an account-based pension, then it would be very similar to that,” Thornton says. “The individual has access to partial withdrawals, has full ownership of the capital, and they could terminate the account at any point and move to another super fund.

“But in moving into the product, they make a commitment that at a certain age into the future they draw an income. Let’s say that they purchase the product at age 65 from a super fund, but then they say: ‘I want a steady income stream from the age of 70 for life.’

“That income is then generated from the insurance premiums that are collected from the membership base that are in that product. So rather than pooling capital you are paying in a more familiar fashion, in the same way you pay for car or home insurance.”

Thornton believes super funds initially will come up with a single product to meet the requirements of the retirement income covenant. But as the sector continues to develop, he thinks that some funds will look at offering a suite of different retirement options.

“As a first step, most funds will develop a single retirement product solution in time for the retirement covenant, but some funds have already spoken to us about wanting to be ‘centres of excellence’ for retirement,” he says.

“Retirement and the retention of members is really one of their strategic pillars and so for those funds, the desire is to deliver a broad range of product solutions, some of which will involve partnering with a life company,” he says.

To help the Allianz Retire+ team to advance the industry’s thinking on retirement strategies, the organisation has established a panel of experts.

“The intent was to get the group together regularly and leverage their significant experience to help guide and accelerate our research, product development and thought leadership,” Thornton says.

As a first step, most funds will develop a single retirement product solution in time for the retirement covenant, but some funds have already spoken to us about wanting to be ‘centres of excellence’ for retirement

“Our recent meeting, held in April, was under Chatham House rules, but the key themes were around consolidation, increased focus in the retirement space and the impact that stapling might have on the industry.

“The collective experience of our Advisory Panel allows us to think more deeply about industry issues and how we can help super funds respond to some of the challenges in the retirement space,” he says.

This article is paid for by Allianz Retire+. As such, the sponsor may suggest topics for consideration, but the Investment Innovation Institute [i3] will have final control over the content.

Nest: Investing for Mega-trends Ports Surprise During the Pandemic