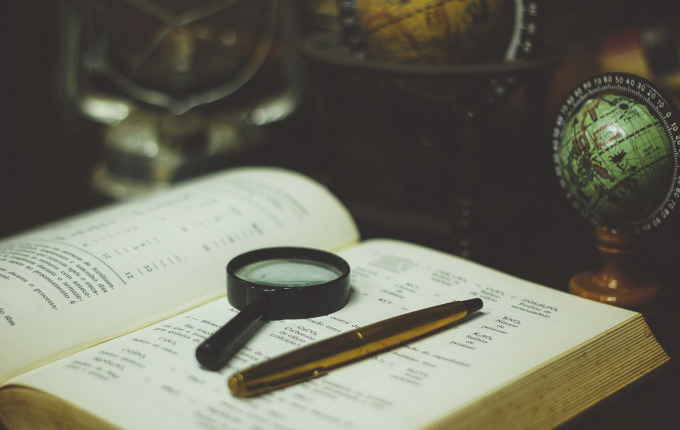 The emphasis on governance, especially investment governance, in Australian pension funds has become increasingly more pronounced in recent years, which is not strange when you think that since the superannuation guarantee was introduced in 1992, the industry, at almost $3 trillion, has now more assets than the capitalisation of the domestic stock market or the annual gross domestic product of Australia.

And as governance has risen to the top of the agenda, it has become more granular in nature. Investment governance has become a key focus for many funds, as legacy models of decision-making are replaced by clear and structured delegation frameworks.

One of the key issues here is the role of the board in investment decisions. Whereas historically, many super fund boards were involved in the hiring and sacking of managers, today it is recognised that this is not a very efficient, or even desirable, practice.

A board’s role should be one of strategic direction, not the second-guessing of decisions put forward by the Chief Investment Officer (CIO) and the broader investment team.

Former Willis Towers Watson Senior Consultant Sue Brake, who is now the CIO of the Future Fund, hit the nail on the head when she said in an interview with [i3] Insights:

“[Boards] are getting far too involved in micromanagement. The job of the board and investment committee is strategic dialogue and disciplined oversight.”

Boards need to thoroughly examine the framework by which investment decisions are made, but not get involved in the actual decisions themselves.

This isn’t common practice just yet.

In this guide, we have collected a series of interviews that have appeared in the [i3] Insights newsletter, the official publication of the Investment Innovation Institute [i3].

In doing so, we hope to contribute to the development of investment governance, provide an overview of how the various funds think about this issue and stimulate further peer discussions.

One of the first governance articles that we wrote was on the back of an interview with the first Chief Executive Officer of the Ontario Teachers’ Pension Plan, Claude Lamoureux. Lamoureux is credited with establishing the framework for transforming the Canadian plan from a sleepy government organisation into a pension powerhouse, rivalling some of the most sophisticated institutional investors around the world.

He was adamant that success would depend on the quality of its staff and board and he made no secret of his view that a board should comprise people who are not just financial literate, but who are well-versed in investing.

“You need some generalists, but overall you need deep experience in investments,” he said.

Lamoureux also made the interesting point that bringing assets in-house is not a matter of cost savings, but also of governance. Because by doing so, you make the management of a pension plan more accountable for their achievements.

Having only external managers and an asset consultant on top of that leaves too much room for blaming poor performance on other people. But by bringing asset management in-house it is now your problem.

Willis Towers Watson is an asset consultant that employs and has employed some deep thinkers on governance over time. Roger Urwin is a highly respected voice in this space and we spoke to him about the importance of investment beliefs in a disciplined investment approach. At the very least, it saves a lot of time, he argued.

We also spoke to Urwin about the danger of letting governance slip during the coronavirus pandemic as the ability to conduct face-to-face meetings was vastly reduced during the various episodes of lockdown and travel restrictions.

As earlier mentioned, we also interviewed Sue Brake, who was a Senior Investment Consultant with the firm at the time we spoke to her about investment governance.

Brake, who is now the Chief Investment Officer of the Future Fund, argued that the board should know their limits in responsibility. Their role is one of strategic advice, not execution.

“We’re still finding that the board and the investment committee are making the investment decision as opposed to thoroughly examining the framework by which decisions are made and then having a strategic dialogue about them,” she said.

Finally, we spoke to Tim Mitchell, now Global Head of Governance Consulting with Willis Towers Watson, but he was also one of the first to join New Zealand Super and even was involved before its establishment, which earned him the nickname of ‘Mr. Zero’.

Mitchell is passionate about board education. Board education is a tool to keep stakeholders informed and get them excited about the projects the fund works on.

“We recognised that as we were developing new frameworks that it was very important to take the board along on that journey, rather than beavering away as an executive and then giving a big reveal to the board,” he said.

Dr Sung Cheng Chih is an adviser to Norway’s Government Pension Fund Global (GPFG), one of the world’s largest sovereign wealth funds at US$1.4 trillion in assets.

Being large has its advantages, including the ability to negotiate substantial discounts, but it also brings complexity, which needs to be managed well. GPFG was originally set up as a division of Treasury, while its operations were managed by the country’s central bank. But at its current size, the fund has come to overshadow the central bank in size and complexity.

The fund is contemplating a management spin off, but this is not easy at its current size.

Size and governance were also dominating themes in our interview with Jo Townsend, Chief Executive Officer (CEO) of Funds SA. The fund has gone through a period of rapid growth.

In 2005, the organisation had just two superannuation clients, but by the time Townsend took over as CEO, Funds SA had eight clients and over $25 billion in assets under management. Yet the growth in resources and process hadn’t quite kept pace and Townsend set about to increase the size of its workforce.

“When I started we had a team of 30, now we have a team of 50. That is enormous growth for a small organisation,” she said. Ensuring this growth would be accompanied by proper oversight was one of the key governance issues Townsend faced.

Rapid growth also took place at TCorp on the back of several mergers, including with what is now called icare and parts of State Super.

In an interview with Stewart Brentnall, Chief Investment Officer at the NSW asset manager, he explained the move to a total portfolio approach for an increased number of clients heightened the focus on governance.

Often the problem with changing the organisational structure is that there is no clear articulation about what issues the new model tries to solve, Brentnall said.

“Once you get to where we are and you’ve designed a nice little project plan which is very clear about what we want to do, has lots of sheets of paper with charts and time horizons and milestones, then it gets difficult. Why is that?” Brentnall said.

Finally, we also engaged with academics on the issue of governance and one of the key figures there is Michael Drew, Professor of Finance at Griffith University.

Drew has written many papers on governance and one of the first issues that he has noticed in organisations trying to implement good governance is one that is similar to the one Brentnall identified: they lack clarity on where they want to be.

Drew looks at governance mainly in the context of developing appropriate retirement strategies. “What is the frame of success?” he asked. “Do we have the governance framework right to address the issues that mums and dads are trying to deal with in the retirement income phase?”

And the definition of success is likely to be different for the various member cohorts.

“For some people, the objective will be a supplemental income. Because of members’ interrupted work patterns, or income levels, it could be that the actual mission is to supplement the public pension and get an ASFA (Association of Superannuation Funds of Australia)-like comfortable outcome at the end of the journey.

“What is the measure of success? We are not saying that time-weighted return measures are not important; they are absolutely important. You need to govern the skill of the manager.

“But we are asking questions around mission clarity …, is the mission being fulfilled? That allows the trustee to think about all the levers available to them,” he said.

Future of the Internet in Asia Sustainable Investing with OPTrust