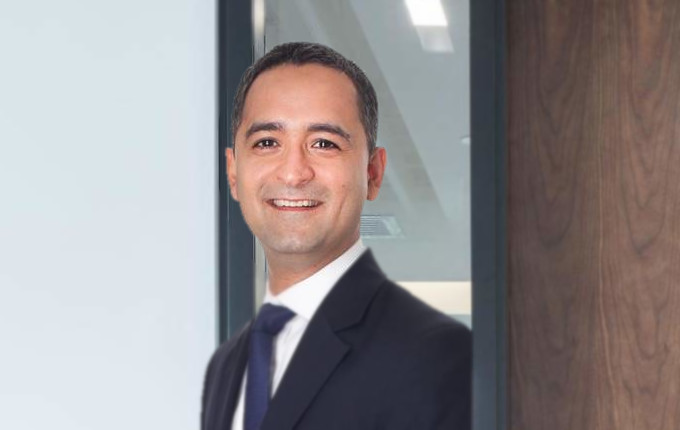 IOOF wants to expand the number of co-investments it makes in the alternative asset space, as the fund is looking to gain greater control over its investments at a more efficient price point, IOOF’s Head of Alternatives says.

As its assets under management vastly expand following three corporate acquisitions, super fund, IOOF, will step up its exposure to alternative assets – including infrastructure – both in Australia and overseas.

Subject to Australian Prudential Regulation Authority (APRA) approvals, the IOOF business expects to complete its $1.4 billion takeover of the MLC business, which will position IOOF as Australia’s leading advice-led wealth manager with around $510 billion of FUMA.

IOOF expects alternative assets, both ‘growth’ and ‘defensive’, to play an increasing role in its portfolio construction.

Within infrastructure, its focus is likely to remain on stablised brownfield assets, but IOOF is expected to broaden its horizon to include newer asset classes, such as agri, global infrastructure and more renewables, particularly wind and selectively solar.

Co-investment gives us two things: control over the types of assets we want, and a more cost-efficient fee structure. Co-investments are generally done at a much cheaper price point, compared to putting money into a unit trust, and asset governance is generally provided by the manager,

This will be accompanied by a shift away from investments in unit trusts to co-investments alongside its managers, to give IOOF better control and lower the cost of fees.

Manish Utreja, Head of Alternatives at IOOF, says the company offers many different lines of products, and that, together, the allocations from these to alternative growth and alternative defensive investments will increase over the next 12 months.

“The allocations will total more than $10 billion post the MLC acquisition,” he says.

IOOF has two main streams of products – MultiMix and MultiSeries – its ‘heritage’ offerings. In addition, it is bedding down its acquired businesses.

Last year, IOOF completed acquisition of the ANZ OnePath business, having first taken over ANZ’s pension and investment businesses in 2017.

Not unexpectedly, IOOF’s present asset allocation strategy is still somewhat fragmented, but Utreja says there has been significant consolidation across the ANZ pension and investment and the heritage IOOF businesses.

“We’ve already been able to find scale opportunities in our portfolios, where it makes sense and adds value to our clients.”
As for MLC, he says: “We have to wait and see how different their processes and approach is.”

The IOOF heritage portfolios have been investing in alternatives for over a decade, or since inception in the case of MultiSeries funds.

With alternative defensive and growth assets, each investment has to be weighed up against other asset classes, such as private equity, private credit, mezzanine debt or real estate equity and debt.

Infrastructure exposure has to compete against these on a risk-adjusted basis, he says.

So far, allocations to alternatives growth and defensive and direct property total around $2.5 billion for IOOF’s MultiMix and MultiSeries products.

For the MySuper product, ANZ Smart Choice, which has around $16 billion under management, Utreja says: “We are looking to build up the alternative growth and alternative defensive portfolios with allocation of around $3-$4 billion.”

He told [i3] Insights: “With alternatives, unfortunately it is difficult to combine underlying assets. For example, MultiMix might have had investments with a particular fund to access certain assets five years ago.

“But if we (a OnePath fund or ANZ Smart Choice) were to invest in the same trust now, it would not be fair to be reaping the reward in the valuation uplift of these assets when we did not take the same risks,” he says.

Historically, IOOF has invested through mandates with fund managers under a multi-manager construct, and typically, its MultiMix balanced fund, for example, will have approximately a 70 per cent allocation to growth assets and 30 per cent to defensive assets.

With alternatives generally, IOOF goes into a pooled investment, which is externally managed.

But, Utreja says, his increasing preference is to co-invest alongside the managers.

“We have a mandate with ICG to co-invest alongside their funds. One of those investments is in TasGas.”

ICG acquired TasGas from Brookfield Infrastructure as part of the Enwave Australian business, for $420 million. TasGas runs an 837 kilometre network of gas pipelines across Tasmania, and supplies to more than 14,000 industrial, commercial and residential customers.

The asset is held in ICG Energy Infrastructure Trust (EIT), in which IOOF is a unit-holder. IOOF has sought to acquire an additional stake through a co-investment in the asset because, says Utreja: “We like monopolistic and regulated assets. They tend to provide stable cashflow.”

For a variety of reasons, including ESG, Utreja says IOOF has around 40 per cent of its infrastructure investments in one of the underlying funds in renewables, mainly windfarms. All told, it is invested in six windfarms.

All the electricity generated is contracted to one of the largest electricity retailers in Australia under a very long-term contract, he says, and because these six windfarms were among the first to come onstream, EIT secured reasonably high prices for its output.

Over the next couple of years, our infrastructure exposure will include assets which are not just regulated or brownfield. For example, we will be looking more closely at agricultural infrastructure over the next six to 12 months

According to Utreja, the price contracted is “reasonably high compared to wholesale electricity prices today” as these have come down in recent times with a significant uplift in renewables going into grids.

“Our investment has been and continues to be profitable,” he says. “We are comfortable with single, high digit annual yields over the long term from these windfarms.

“The cost of capital is lower today, and this contracted yield is worth a lot more compared to when it was contracted 5-10 years ago (when interest rates were high).”

By comparison, returns from assets exposed to the economic cycle are lower due to the impacts of COVID-19. Utreja points to returns from another Diversified Infrastructure Fund.

“Lower, but still positive and close to 6 per cent last year,” he says.

The fund owns an airport in its portfolio and this has been hit by COVID-19 lockdowns.

IOOF also has an interest in Tasmanian Gas Pipeline, a 734 kilometre subsea and onshore natural gas pipeline system that transports gas from Victoria across Bass Strait to Tasmania. Palisade Investment Partners owns this asset in its funds.

Utreja says IOOF’s Chief Investment Officer Dan Farmer is waiting to sign off on another co-investment. “One of our fund managers has put in a bid, and we are happy to co-invest alongside the fund in this asset,” he says.

He declines to go into detail, except to say that the investment is a little more exposed to the wider economy.

“Over the next couple of years, our infrastructure exposure will include assets which are not just regulated or brownfield. For example, we will be looking more closely at agricultural infrastructure over the next six to 12 months.

“We want to increase infrastructure in our investment mix. But that exposure will not necessarily come from putting more money into unit trusts. We will do more co-investments.

“Co-investment gives us two things: control over the types of assets we want, and a more cost-efficient fee structure. Co-investments are generally done at a much cheaper price point, compared to putting money into a unit trust, and asset governance is generally provided by the manager,” he says

“Some managers will offer you co-invest opportunities alongside their funds. For every dollar you put into the fund, you are given opportunity to invest another dollar of co-capital.

“Some managers will offer co-investment at a lower price point compared to what the unit trust structure will charge. So there are different ways to access co-investments.”

IOOF is in discussion with a number of managers to access more infrastructure investment, both in Australia and overseas.

It will look first to developed markets in OECD countries, with a focus on core and core-plus assets. Utreja expects the momentum to pick up from the third quarter of this year.

He accepts the need to move up the risk curve in exchange for higher returns, which is one reason, he says, that growth infrastructure may also fit into his portfolio but is likely to be classified as growth exposure.

“We would like broad exposure across regulated utilities, monopolistic assets, renewables and essential services, as well as toll roads and ports.

“One criteria in core assets is cashflow certainty. We look for assets with characteristics that offer low volatility, and this is why we like regulated utilities which offer (cashflow) protection,” Utreja says.

IOOF also has equity in the South Australia’s Flinders Port through ICG EIT.
Utreja notes: “Flinders Port has held up relatively well in the past year. Of course, there has been impact on the trade, but overall the asset has continued to deliver returns albeit against a conservative budget estimate during the year.”

IOOF is also looking to various types of debt opportunities as part of its exposure to alternatives. In the last three months, the fund has committed more than $700 million to build its debt portfolio from scratch for OnePath’s MySuper option.

“We will invest in corporate debt, US multifamily debt, Australian private and real estate debt, as well as US collateralised loan obligations (CLOs),” he says.

“We also like debt as an asset class because we can choose where we sit in the capital stack and can classify it as growth or defensive accordingly. In the alternatives growth portfolio, we look for strategies with net internal rates of return of at least 10 to 12 per cent.

“For example, we can buy a building or provide funding for construction of that building. If a manager has good loan origination and capital market execution skills, these loans can generate similar or higher rates of return with generally lower risks because, if something goes wrong, the asset can be sold to recoup part of the investment.