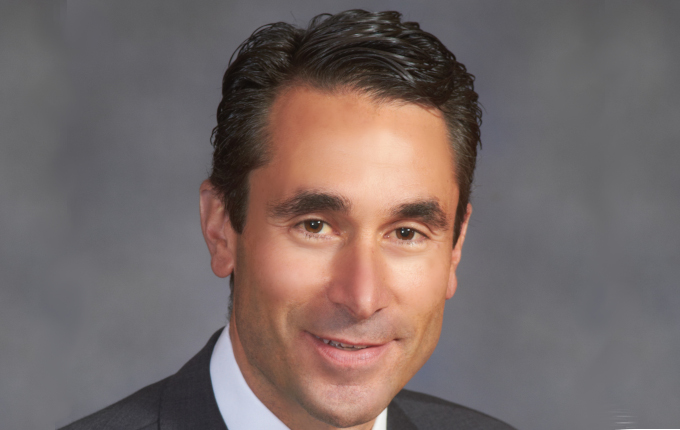 The resurgence of value stocks in the third quarter of 2020 does not mean technology companies have had their time in the limelight. State Street’s Paul Nestro says many investors underestimate the durability of technological growth trends.

Over the past decade, technology companies have dominated stock market returns. As a reason for their outperformance, some critics have pointed to the unprecedented monetary policy stimuli that is distorting markets, making it hard for prices to revert to the mean.

Others have argued a more fundamental shift has taken place, where business models have evolved to rely more on intangible assets, while market dominance is quickly obtained and steadily maintained through the use of platform technologies.

Paul Nestro, Head of Fundamental Growth and Core Research at State Street Global Advisors, is in the latter camp. Nestro does not think technology companies are going to lose their dominance anytime soon.

With the base that we’ve built up in technology and the knowhow, it is almost growing on top of itself and presenting greater and greater opportunities.

“I’m not sure that is going to change. With the base that we’ve built up in technology and the knowhow, it is almost growing on top of itself and presenting greater and greater opportunities. Computing power is a great example of that,” he says.

“We are also seeing the power of these networking companies, or the power of a platform, where you have very low capital intensity and you use these shared networks to build a multi-billion-dollar industry in a few years.

“You can just see the power of these business models and how rapidly companies are created.”

He argues the digitisation of the global economy has far from played out. These trends will dominate markets for years to come, he says.

“You still have low penetration rates for e-commerce, for example. E-commerce in the US, as a percentage of total retail sales, is somewhere around 15 per cent. It is 35 per cent in the UK. So there are long runways to go through,” he says.

“Also, everything is moving to the cloud and you are gaining so much efficiency with these shared resources.

“I just think that even with these things staring us in the face, we underestimate the durability of these growth trends, because the market opportunity is enormous.”

Inflation on the Horizon

But as economic growth continues, bolstered by pent-up demand from prolonged lockdowns, inflation is likely to pick up again.

“I personally think that we may start to see inflation like we haven’t seen in a very long time,” Nestro says.

“That does get me, as a director of research, more interested in economically sensitive names, because we have to be mindful of being exposed to not only rising interest rates, but also to potentially rising asset prices.

“I think that goes hand in hand with the fiscal monetary stimulus we are seeing. In my mind, it is partly driven by [battling] income inequality and making sure the economy is strong so that the maximum number of people can participate in it.”

He doesn’t want to be seen as an inflation alarmist, but believes too many people underestimate the risk inflation poses to investments.

I’m not an inflation-fearing person, but I do think that we are getting into a very buoyant global economy for the next few years. One of the outcomes of that is that it is probably going to be a more inflationary environment

“I’m not an inflation-fearing person, but I do think that we are getting into a very buoyant global economy for the next few years. One of the outcomes of that is that it is probably going to be a more inflationary environment,” he says.

“I think that too many people are underestimating the potential for it and, therefore, it is going to potentially surprise a lot of people and have very large investment implications.”

Central banks will be hesitant to react to higher market valuations as they are still nervous about the economic risks the coronavirus pandemic poses.

“Certainly, central banks are wary of the virus and variations of the virus, and they want to err on the side of overheating. They are not going to remove the punchbowl prematurely,” Nestro says.

“So we think market dips are buying opportunities and we think it is a great environment for equities in general, both value and growth, partly because of these long-term secular growth drivers in technology that we spoke about and also because there will be cyclical tailwinds.”

Nestro, who takes a quality-style approach to investing, is relatively agnostic to whether opportunities come through on the value or growth side of the spectrum. And he does believe the coming years will be a positive environment for selective opportunities among both value and growth stocks.

“In terms of specific areas, on the growth side you have e-commerce, digitisation, cloud, software, automation and electronic payments. All of those things are positive and in taking a long-term view, we still think there are great opportunities there,” he says.

“In terms of the more cyclically exposed areas, behind all of that technology are semiconductors. They’ve had an enormous run, but we still like semiconductors, both from those long-term drivers, but also from a cyclical standpoint.

“They will be very involved in electric vehicles and some of the environmental initiatives, but everything in the economy is touched by semiconductors. So we see that as a great way to play a lot of those areas.”

“If you want to improve your semiconductor output, you’ll need ASML equipment,” he says.

But even in the more value-oriented commodities sector, he sees opportunities. Copper miners are a particularly interesting one, he says.

Things can get overvalued at times and we did see growth stocks get a little stretched, and at the same time we did see the environment improving for some of these more cyclical areas and that’s why we did trim back some of those higher valuation growth names and rotated into some of the more cyclically exposed valuation names

“In the more cyclically exposed areas, we do like copper because of the limited supply and the exposure to investments in the environment and grid,” he says.

“You just don’t have great resources of high-grade materials that can really disrupt the market there.”

First Quantum Minerals in Canada is a company that has a good growth profile, low cost and a good reserve life, he says. “It is a good example of where we can find good-quality names supported by secular growth in a very cyclical industry,” he says.

He doesn’t try to time rotations into value or growth stocks, but says the fundamental analysis his team does organically results in skews either way.

“Things can get overvalued at times and we did see growth stocks get a little stretched, and at the same time we did see the environment improving for some of these more cyclical areas and that’s why we did trim back some of those higher valuation growth names and rotated into some of the more cyclically exposed valuation names,” he says.

This article is paid for by State Street Global Advisors. As such, the sponsor may suggest topics for consideration, but the Investment Innovation Institute [i3] will have final control over the content.