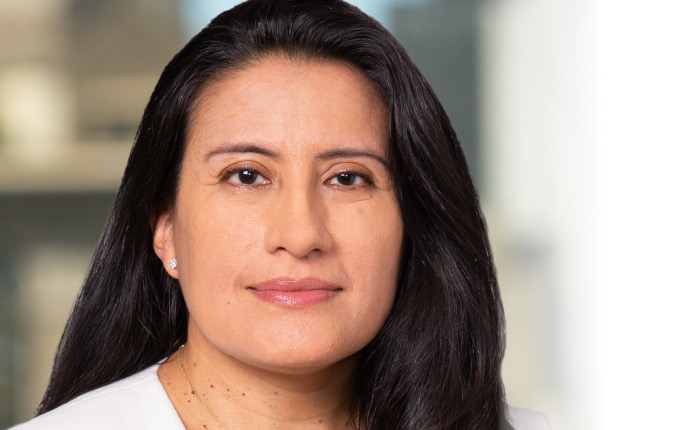 China’s healthcare and biotechnology industries have experienced rapid growth in recent years. We speak with Jennison’s Sara Moreno about the opportunities and the impact of the pandemic.

For a long time, people associated the label ‘Made in China’ with cheap, low-quality items.

Usually, this association applied to consumer electronics and other gadgets, but the same could be said for the country’s pharmaceutical industry.

The domestic Chinese pharmaceutical industry has been one of generic drug manufacturing, while much of the research and development (R&D) took place in Europe and the United States.

But that’s no longer the case.

Today, the Chinese pharmaceutical and biotechnology industries are not only manufacturing, but also developing some of the leading medical therapies in the world, particularly in oncology.

This shift has been many years in the making, driven by various factors, including an ageing population, an increasing prevalence of chronic diseases, growing wealth to afford medical care, regulatory reform and an influx of capital and talent.

But there were two particularly important catalysts that propelled the pharmaceutical and biotechnology industries forward in China.

“In 2015, China unveiled the China 2025 industrial plan and pharmaceuticals was identified as one of the key sectors of investment. There was a focus on homegrown R&D to really foster innovation,” Sara Moreno, Emerging Markets Equity Portfolio Manager and Research Analyst at PGIM-owned Jennison Associates, says in an interview with [i3] Insights.

Then in June 2017, China joined the International Council for Harmonisation of Technical Requirements for Pharmaceuticals for Human Use (ICH). The ICH is a worldwide organisation set up to standardise global drug regulations, including approvals processes and manufacturing practices.

“This was a critical moment for investors who were looking at China as an investable market,” Moreno says.

When they joined ICH, that signaled to multinationals that the pharmaceutical industry of China meets the global standard and benchmark for clinical trials

“When they joined ICH, that signaled to multinationals that the pharmaceutical industry of China meets the global standard and benchmark for clinical trials.

“Why is that important? Because in order to be able to create drugs for the global market, your data and the process needs to be validated by an entity that offers global standards.”

Simultaneously, budding domestic biotechnology companies received a boost when the Hong Kong Stock Exchange decided to ease certain restrictions, which resulted in pre-revenue and pre-profit companies being able to list on the exchange.

“Before then it was really hard to invest in R&D and bring about innovation, but by allowing pre-revenue and pre-profit companies to list, all that capital that was trapped was allowed to have an outlet,” Moreno says.

“I think that is really important, particularly when it comes to biotech, the truly innovative heart of healthcare, to really blossom. And it really brought back the talent that had been sitting in US and European biotech companies.

“So China has gone from a generic market, where they copy some of the drugs from first-world countries, to better versions of the same drug, to best in class and now potentially first in class.”

These developments were well underway before the coronavirus pandemic hit, but the pandemic has accelerated many of these trends, particularly in the biotech sector.

“The way I explain this company is to think of it as the outsourcing leader in biological drugs and it is an investment proxy to the Chinese biotech industry,” Moreno says.

“Increasingly, for the development of new drugs you partner or outsource part of the clinical research or manufacturing of a drug to a Contract Research Organisation (CRO) or Contract Manufacturing Organisation (CMO) to speed up time to market. What makes WuXi special is that it offers an end-to-end solution from the discovery to the commercialisation of biological drugs, in what is known as the ‘follow-the-molecule’ strategy.

“The outsourcing trend that is occurring across the healthcare chain globally is one of the very strong growth drivers and WuXi Biologics sits at the nexus of companies that want to go to commercialisation faster and be more capital efficient.”

As a global contract development and manufacturing organisation (CDMO), WuXi’s clients come from all over the world and its customer base reads like the who’s who of the global healthcare industry. But with the Chinese healthcare industry really taking off, it has also been able to pick up the lion’s share of the CDMO market there.

“China has looked to both private and public entities to spur innovation in its healthcare industry. When it comes to COVID directly, WuXi has been an active participant in helping to develop and manufacture some of these vaccines and potential therapies for COVID-19,” Moreno says.

“They now have a vaccine division and within that they have COVID-related vaccines and therapies that they are working on with partners. This highlights the innovation that is now coming out of China and the important role companies like WuXi play in the global clinical and manufacturing machinery to make biological drugs and vaccines.”

Cancer has become a major challenge for China with 4.6 million new diagnoses every year, and in response its oncology market has been growing at double-digit rates annually, which is considerably faster than the country’s overall drug market.

Its high rate of cancer has various causes.

“Partly it is because China has an ageing population. But the types of cancers they have one could say are a little bit different than what you have in developed markets,” Moreno says.

“So, for example, when you look at which cancer is most prevailing, then in China it is lung cancer. That is a combination of higher rates of smoking, air quality and pollution, which is more prevalent in the urban areas of China, in combination with an ageing population.”

The urgency to tackle the rise of cancer in China has resulted in an increase in biotechnology companies looking for treatments, which in turn has led to a rapid development of the domestic biological drugs industry, in particular monoclonal antibody therapies.

This sector is at the very cutting edge of drug innovation globally and the increased focus of China on the development of this area could see it become a dominant player in the space.

why that ICH entry was so critical, because companies with novel therapies out of China now have the ability to bring their drugs to the world

“What is happening at a global level is what I call ‘The Golden Age of Biological Drugs’,” Moreno says.

“These are drugs that are made out of living organisms and are put into your body to activate your own immune response. So if you look at the global R&D pipeline, then it still comprises mostly chemical drugs. In 2020, there were about 15,300 clinical drugs in the pipeline globally, but 58 per cent of them are still chemical drugs.

“However, the number of biological drug therapies, in particular monoclonal antibodies, are growing much faster than chemical drugs and that is where the truly innovative life-changing therapies are being put forth today. That is where the growth opportunity is.

“So we are trying to find the richest opportunity, which we think is in biological drug therapies to treat high incidence diseases such as cancer.

“But that is also why that ICH entry was so critical, because companies with novel therapies out of China now have the ability to bring their drugs to the world.”

This article is paid for by PGIM. As such, the sponsor may suggest topics for consideration, but the Investment Innovation Institute [i3] will have final control over the content.