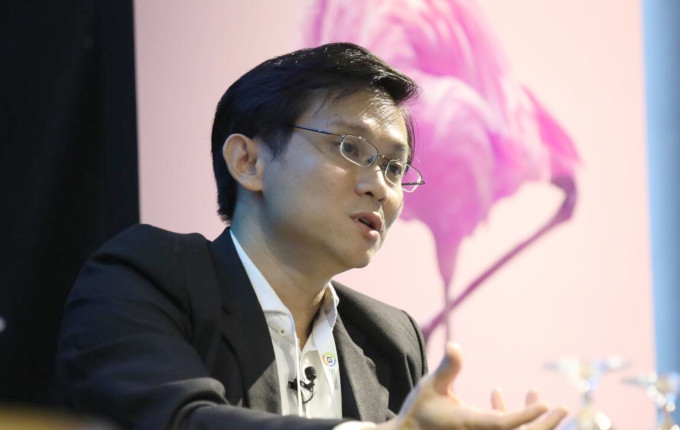 Electrical engineering might have little in common with investing, but the CIO of Singapore’s SAVER-Premium Fund finds there are synergies in being versed in both.

On one level, Clarence Choon’s pedigree is similar to many Chief Investment Officers: he has worked at well-known institutions such as Deutsche Bank and is experienced in the markets.

But in parallel to this he has developed a skillset as a qualified electrical engineer, gaining a masters from Stanford University.

As an engineer, I am trained to think in a systematic way to break big problems down into small problems. That helps a lot with investing, especially investing in a complex world where one needs to identify what are the drivers of the markets

And while electrical engineering and investing may at first seem removed from each other, Clarence has found a synergy.

“As an engineer I am trained to think in a systematic way to break big problems down into small problems. That helps a lot with investing, especially investing in a complex world where one needs to identify what are the drivers of the markets,” he says.

The engineer’s mindset looks to be advantageous as the investing world is set to become more complex over the next five years – in part because markets continue to be distorted by the massive amounts of quantitative easing that has been injected into the system.

Traditional investment thinking comes from a different epoch and new ideas may be required to meet this changed world.

There is merit in Clarence’s analysis. For example, bonds and equities have traditionally had a negative correlation, but this relationship has weakened particularly in times of market stress when positive correlations have been observed, reducing diversification benefits.

“That will have implications in a lot of things, whether that be asset allocation, or technical or thematic investing. It’s going to be a very interesting time for all investors, so good luck to everybody,” he adds.

Valuation is a good example of an area where new thinking may be required, again because of the high market liquidity. Those who continue to hold the traditional definition of valuations – in equities this has been current price-to-earning compared to historic value – might miss out on a lot, going forward, as the market is likely to persist in being expensive.

In fixed income, one of the key risks is the low yield. Traditionally, fixed income provides a steady return and protection of the capital, but with the low-yield environment the only way for the yield to really go is up. What this means is that there will be an impact on the valuation and the pricing and on the capital protection nature of bonds.

Cash is not an alternative anymore, given the low return from the money market. And as long as the liquidity is there in the market, the valuation risk is likely to continue and hence there is a probably a need to look at how you define valuation

Consequently, investors need to look at the relative valuation, for example, equities versus bonds, or between different sectors, and the reason this is more relevant in the next five years is that as long as there is liquidity in the market investors will need to invest, Clarence explains.

“Cash is not an alternative anymore, given the low return from the money market. And as long as the liquidity is there in the market, the valuation risk is likely to continue and hence there is a probably a need to look at how you define valuation,” Clarence says.

Clarence advocates that Australian institutional investors continue to allocate and potentially increase allocations to international opportunities and to particularly focus on Asia in the emerging markets space.

“I am saying this objectively, not because I am based in Asia,” Clarence says.

“As an investor, I am interested in any sector or region which makes a compelling case for good investment. In this case, at least within emerging markets, Asia appears to be relatively stronger,” Clarence says.

Broadly, a strong middle class is positively correlated with a stable economy and political regimes which is highly beneficial to markets. Asia will host over 60 per cent of the world’s middle class population by 2030 and account for over half of the global middle class spending, according to the OEDC.

Drilling down to individual regions, emerging and developing Asia (including China and India) are predicted to grow 8 per cent. Meanwhile, Japan has the lowest growth at 2.3 per cent (but the US is also relatively low at 3.1 per cent).

“Hence, for those funds who are a little more conservative but because of certain constraints need to look beyond the ASX, they can consider Asian assets as a way to increase their exposure, to deploy their excess cash and get a better return without taking on too much extra risk,” Clarence says.