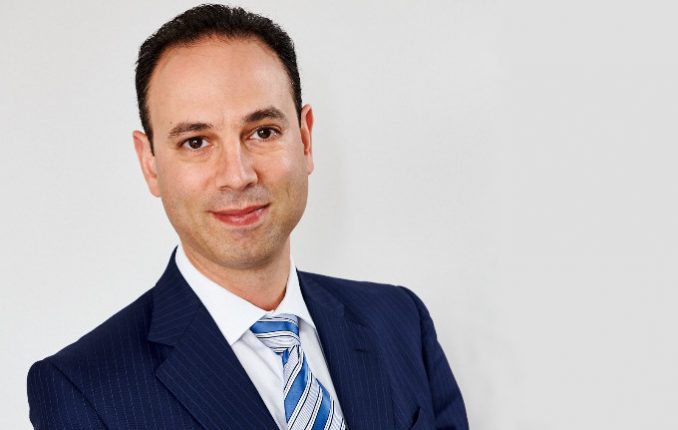 Mark Aarons, Head of Portfolio Risk and Solutions for VFMC

In the past, the decision about how to hedge has sometimes involved a bit of an educated guess, but a new paper aims to create rigour around this process.

The Australian dollar can be a very volatile currency.

In 2008, the Australian dollar fell over 30 per cent against the US dollar in the space of a few months, creating hedging problems for many institutional investors.

One of the worst affected was pension fund MTAA, which not only held a higher level of illiquid assets than the average Australian pension fund, but also hedged its offshore assets using very short-dated foreign exchange forwards.

As the Australian dollar fell, a perfect storm took place. MTAA had to fund large hedge settlement obligations and was forced to sell some of its liquid assets, increasing the level of illiquid assets even further.

What made it even worse is that it had to do this during the global financial crisis (GFC), reducing its ability to fetch good prices for these assets.

To contain some of the damage, the fund decided to cease currency hedging altogether. But this only propelled the fund into even more trouble: the Australian dollar rebounded dramatically in the following year, which then created massive losses as the now unhedged offshore assets declined sharply in value in domestic currency terms.

It was a costly experience and as more Australian pension funds look to allocate to both illiquid and offshore assets, it serves as a reminder that hedging strategies can cost you hundreds of millions of dollars if not executed well.

Mark Aarons, who is Adjunct Associate Professor at the Centre for Quantitative Finance and Investment Strategies at Monash University in Melbourne, says the MTAA case is somewhat unusual given the starting point of the Australian dollar.

“The key thing during the GFC was the starting point: the Australian dollar was almost at parity against the US dollar. Today, we are at US$0.70. We are not starting from the same level if there was a sharp drawdown back to all-time lows, which means the strikes of your FX forwards are not going to be as high,” Aarons says.

But the fact remains the Australian dollar is volatile and investors would do well to keep that in mind when setting their hedging strategy. For example, in 2000 the Australian currency fell 15 per cent against the US dollar, while three years later it increased by a whopping 35 per cent over a 12-month period.

It is a good reason to formulate a robust hedging strategy, argues Aarons, who is also Head of Investment Risk for the Victorian Funds Management Corporation (VFMC), in a recent academic paper co-written by fellow Monash University academics Rongju Zhang and Gregoire Loeper.

In the paper, titled “Optimal FX Hedge Tenor with Liquidity Risk”, the authors make the case for implementing hedges using FX forwards of varying durations to target a specified level of liquidity risk.

“The intent of the paper was about putting some science around some of these hedging judgment calls so that you can guide the decision with tools that have an explicit liquidity risk target, which in the paper is the cash-flow-at-risk metric,” Aarons says in an interview with [i3] Insights.

“If you disperse your hedges sufficiently over time, then you don’t have any concentration of liquidity risk in any time window. You can therefore avoid potentially large outflows in a short time frame if the Australian dollar were to drop significantly.”

Although the execution can be complex, the idea behind the suggested method is relatively simple, he says.

“You start off with a candidate hedging strategy and then you compute what the cash flow at risk is in all your time buckets, all the way into the future,” he says.

“So if you are over your liquidity risk in, say, the time bucket from now to three months, then you need to reduce the amount of FX forwards that you’ve got expiring in that time window and then extend them out.

“You do that to the right amount so that you’ve always got the right cash flow at risk and make sure the target liquidity metric is met at every time bucket all the way out.”

You’ll need longer hedges if the Australian dollar is at US$1.00 than if it’s at US$0.50. That’s because there’s a far greater risk of the currency falling when the dollar is well above its long-term mean of around US$0.75

The level of the Australian dollar is also an important input in the model.

“You’ll need longer hedges if the Australian dollar is at US$1.00 than if it’s at US$0.50. That’s because there’s a far greater risk of the currency falling when the dollar is well above its long-term mean of around US$0.75, and a falling dollar is what generates the liquidity risk. We use a mean-reversion assumption to capture this effect,” Aarons says.

Aarons and his colleagues wrote the paper in collaboration with IFM Investors, which was a client of his when Aarons was Head of Fixed Income, Currencies and Commodities Structuring at National Australia Bank.

“Unlisted infrastructure and property are illiquid asset classes, so if there is a sharp downturn in the Australian dollar, a manager of offshore real assets normally won’t be able to meet hedge settlements by selling bonds or stocks,” he says.

“You can’t sell a power station in three months, so real asset managers tend to hedge out a very long way and the question then becomes: ‘Is it too long, or is it too short? It’s not about just picking a number, but to actually work it out.”

Certainly, at VFMC we are exploring upweighting [illiquid assets] and, of course, the proportion of unlisted assets offshore is going up as well and that is where the liquidity comes in,

As pension funds add more real assets, including infrastructure, to their portfolios, the decision on how to hedge will have an increasingly larger effect on the overall return.

“Certainly, at VFMC we are exploring upweighting [illiquid assets] and, of course, the proportion of unlisted assets offshore is going up as well and that is where the liquidity comes in,” Aarons says.

“We are well aware of liquidity risk here and I know from peer forums that liquidity risk is something that other funds also consider. So it is not a blind spot, but then the issue is: ‘Okay, we know that it is an issue, but how do we actually do something about it that has some rigour?’

“We are exploring our hedging and this model will definitely come into consideration, but it is early days for VFMC.”

Most pension funds in Australia have a relatively static asset allocation and so the model Aarons and his colleagues at Monash developed is based on this idea.

“They might have a dynamic asset allocation process where they do some currency tilts, but a lot of funds are not changing their hedge ratio that frequently. So I think it is applicable where there is a fixed hedge ratio.

“It would be much more complex if you do dynamic hedging.”

The Inherent Complexity of Investing The Confusion about Debt and Inflation