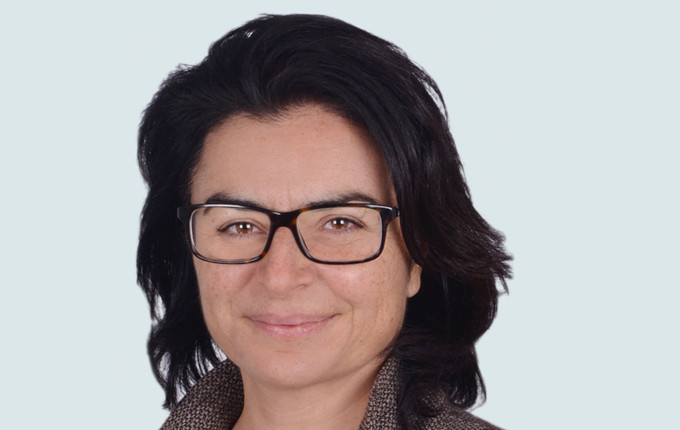 The coronavirus pandemic could accelerate the transition from fossil fuel energy generation to generation through renewable energy as demand and supply shocks affect the forecast for peak fuel usage, giving policymakers the tools to implement a more sustainable energy system, according to State Street Global Advisors.

When oil company Saudi Aramco listed on the Tadawul, Saudi Arabia’s stock exchange, it became the largest initial public offering the world had ever seen, valuing the company at US$1.7 trillion. It was far larger than the previous record holder, Chinese internet behemoth Alibaba, which was valued at US$231 billion through a listing in 2014.

But what was perhaps more interesting to long-term investors was the fact the company for the first time acknowledged the idea of oil demand peaking in the foreseeable future.

In its prospectus, the company cited independent research from IHS Markit, which indicated demand for oil could peak in the next two decades, whereas previously the company had always maintained the industry would continue to see demand growth for decades to come.

Of course, the company doesn’t actually used the term ‘peak demand’, but it has included a graphic from IHS Markit, which clearly shows a flatlining of demand for crude oil from 2025 onwards and a slight dip in 2030.

Now, with the coronavirus causing havoc in the consumption, distribution and production of oil, this peak demand might be closer than anyone previously thought.

“The crisis is likely to bring forward peak demand for fossil fuels (first coal, then oil and then gas) and weaken the lobbying power of incumbents. It also creates space for policymakers to implement a fairer, more sustainable energy system and so enables the clean energy revolution to continue,” a report by State Street Global Advisors and the Carbon Tracker Initiative, titled “COVID-19 and Energy in the New World”, stated last month.

Nathalie Wallace, Global Head of ESG Investment Strategy at State Street Global Advisors, says it is likely the pandemic has caused peak oil demand to be behind us already.

What the pandemic did is move the peak from five to six years in the future to now. What we are going to see now is the stay-at-home impact on energy demand and we don’t know yet what that is going to be

“What the pandemic did is move the peak from five to six years in the future to now,” Wallace says in an interview with [i3] Insights.

“We really have had a stepped function to a decrease in transportation-related oil demand, which is a big percentage of the overall oil demand.

“What we are going to see now is the stay-at-home impact on energy demand and we don’t know yet what that is going to be.”

According to Bloomberg, transportation-related oil demand makes up 60 per cent of the overall oil demand, and this demand has taken a big hit due to the widespread lockdowns across the world.

“What we’ve seen with this pandemic is a dual shock: a supply and demand shock. That is pretty unusual. We think that COVID-19 has the ability to fast-track the transition to renewable energy,” Wallace says.

“In Europe, we’ve already seen the peak in oil demand, which was between 2017-19, depending on the country, and so many developed countries have already seen that peak. The developing, emerging countries could have extended that peak, but it is now very much the question of whether that will be the case.”

Asked if she is not concerned governments will put renewable projects on the backburner and focus their attention on more traditional projects, such as infrastructure, to kickstart their local economies again, Wallace answers that there are certainly some risks here.

“It is true that the risk premium has increased, so the cost of financing, despite long-term interest rates going lower, might not be as cheap as it used to be pre-pandemic,” she says.

“We need to have more data on that, but I know that when you look at the interest rates on financing for projects, it has been slightly higher. So access to financing might be more difficult.”

Companies and governments might also take a closer look at the economic viability of renewable projects, considering the low oil price. Will these projects be able to deliver at the same pricing as oil?

Yet, Wallace says anecdotal evidence doesn’t show a change in the underlying trend towards renewables.

“We have just two or three cases of anecdotal evidence to go on, but if you look at oil company Total, for example, it announced earlier this month that they were investing in a wind farm in the UK. So you can see that capitalisation continues,” she says.

At the beginning of this month, French oil company Total announced the acquisition of a majority stake in the Seagreen 1 wind farm from Scottish utility SSE, which will be Total’s first significant investment into offshore wind.

Wallace also pointed out there is still a significant push from regulators for companies to comply with carbon emission guidelines. And this will form a key driver behind companies’ thinking about carbon-related risks.

“In Europe, the crisis did not alter the sustainable finance regulatory agenda, with the EU commission launching consultations on key directives including the Non-Financial Reporting Directive (NFRD). So it continues from a regulatory perspective,” Wallace says.

“Yes, the cost might be something that has changed, but the demand is still there. It makes investors take a really hard look at their exposure to the highest polluting sectors and reallocate to renewable energy.”

At the same time, the lockdowns countries have put in place have accelerated the move to a more digital economy. With many people being forced to work from home, companies have realised they do not necessarily have to provide office space for a full workforce and they are looking at ways to save costs on real estate.

Nobody knows what the exact numbers will turn out to be, but in the United States there is a basic assumption offices will only provide for 80 per cent of staff and this in turn will lead to less demand for transportation-related oil.

If you look at some of the existing studies, they’ve put it at around 10 per cent of the workforce. And what this pandemic might do is cause a big shift in the step function. Is it going from 10 to 20 per cent, or 10 to 25 per cent? I don’t know, but the underlying trend was already there

“I don’t have a crystal ball, but I do think that society has been changing profoundly. Before COVID-19, you’ve already had a big impact of technology and globalisation on the way that people work,” Wallace says.

“Working in a corporate environment for young people is not necessarily a dream job anymore and you’ve seen a change in the type of work and the work environment. We’ve seen that through the shared workspace, shared assets, including cars and housing. The trend towards this shared economy, what we call the ‘digital economy, is well entrenched. But how large is this now?

“Post-COVID, and I don’t know where we settle back into, but in the US, people are talking about this 20 per cent module, where you have capacity for 80 per cent of your workforce and then the rest is rotating, or just never works in the office.

“That is going to happen, with implications for urban real estate and parking lot yields. There are a lot of implications from a financial perspective.

“There are still many uncertainties, but what we do know is that oil demand is not going to recover to pre 2019 levels,” she says.

Finally, the pandemic has also laid bare the issues around access to energy from a national security perspective. For some countries, such as Australia, this means they will start thinking about building domestic stockpiles of oil and gas reserves again.

But for many countries it means reducing their dependency on fossil fuels in favour of renewables, Wallace says.

“In Europe, that was a major driver, especially because of the reliance of European countries on Russian oil and gas,” she says. “For example, [German] Chancellor Angela Merkel has said that Germany will continue to implement a very green recovery program.

“This is a fantastic competitive advantage for a country that remains a relatively high manufacturing-based economy, but it is still dependent on gas. These are big drivers for policy change.

When you look at Germany, when it is very windy electricity prices actually become negative. Between September and November every year you have a few days where electricity prices become negative. This is a fantastic competitive advantage for a country that remains a relatively high manufacturing-based economy, but it is still dependent on Russian gas. These are big drivers for policy change

“Another, more quantitative piece of information that we like to use is Carbon Tracker’s data on the countries that are dependent on the import of oil and the countries that benefit from the export of oil. When you look at the data, it becomes clear which countries are going to be very aggressive in implementing climate-related transitions to renewable energy.

“China is the largest one and is investing very heavily in Africa in resources and they are working with Russia to find out the best way to secure access to energy, but I think this is clear evidence that the dependence on foreign oil is a very heavy cost from a military perspective, volatility perspective and for end-consumers.”

State Street Global Advisors’ paper, “COVID-19 and Energy in the New World”, was published in May 2020 and can be accessed here.

This article is paid for by State Street Global Advisors. As such, the sponsor may suggest topics for consideration, but the Investment Innovation Institute [i3] will have final control over the content.