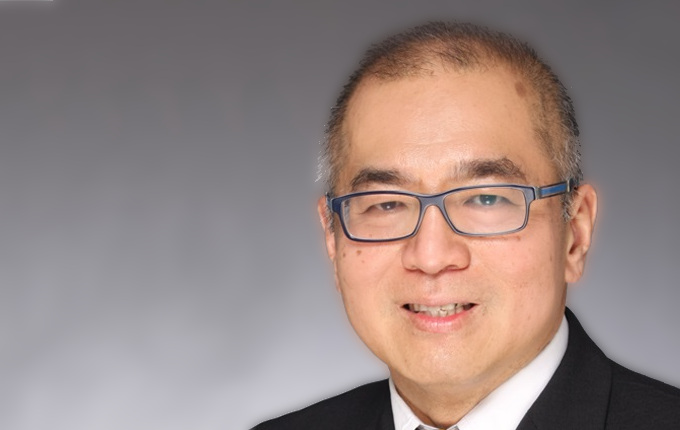 The 2019 debacle at Neil Woodford’s Equity Income Fund has brought more attention to and given investors a lesson in liquidity risk.

While the saga at Woodford’s fund involves his allocation to illiquid assets and the fund’s subsequent underperformance, further heightening the focus on liquidity risk, the current severe downturn due to the triple effects of a ‘perfect storm’ – trade war aftermath, oil price war and COVID-19 outbreak and contagion – poses even more serious challenges.

Some UK open-ended funds, including property funds, have already suspended trading ahead of an end-of-March deadline for underlying asset valuations.

The M&G Property Portfolio was already suspended in December. Liquidity risk must not be viewed in isolation and it’s important to understand the interactions between credit, rate and market risks as they impact liquidity and cash flows.

‘My own’ modern definition of liquidity: liquidity is when you look at your retirement funds and get scared!

What then are the repercussions on pension fund portfolios?

Well, pension plans have liabilities and these are higher when the discount factor is very low (due to the very low interest rate regime).

In the past decade, in the ‘lower-for-longer’ QE era, most of these funds have transited to the private markets in search of higher yields in an effort to offset this shortfall in their asset-liability profile. But in doing so, they unwittingly exposed themselves to even more liquidity risk should a crisis erupt, like today.

Unlike ‘capital’, liquidity represents an often elusive dimension of financial strength, often more complex in its nature and neglected in almost all financial transactions, especially during good times or when the world is flushed with cash!

During the last financial crunch, for example, we were reminded that entire liquidity markets could disappear overnight.

A financial institution that was dependent on those markets could be transformed from a going concern to a corporate carcass in the blink of an eye.

A pension fund’s assets and liabilities are all market-dependent in terms of their liquidity profiles, as we would expect in any financial institution.

Its principal earning assets are the investments made or transacted in the mainstream liquid asset classes and, more recently, in the alternative and private space, some of which are secured by other assets (collateral) of varying levels of liquidity themselves.

Hence, just like for a bank, the liquidity status of a pension fund depends on:

➢ the institution’s short-term need for cash, including margin calls,

➢ the liquidity of the institution’s assets,

➢ the institution’s reputation in the marketplace,

➢ how willing the counterparties or stakeholders (including the clients and pension plan trustees) are to transact trades with, provide normal terms of business or continue funding to the pension fund?

The result of these calculations could serve as a measure of the mismatch in liquidity between the pension funds’ assets and its liabilities (what is commonly termed ‘pension fund surplus at risk or shortfall’), and hopefully, help to provide some early warning of the pension fund’s ‘financial health’.

Bearing the above in mind, we decided to share how we designed and implemented a liquidity risk management framework at AIMCo a few years ago, which we updated and reported on on a monthly basis to our then CEO/CIO, while I was still there.

We faced the same challenges at AIMCo.

At that time, I worked with one of my Treasury colleagues, Laurel Sabur, on this project and we decided to adopt a similar approach based on the Basel 3 liquidity regulations, which apply to all banks, focusing on the liquidity metric, the liquidity coverage ratio (LCR) as a liquidity risk monitor or early warning system.

Given the key role of liquidity in the 2008 crisis and the ongoing crisis, Basel 3 had developed the LCR metric as an internationally consistent standard for banks‘ liquidity.

A hypothetical liquidity stress test report (based on our modified LCR implementation, a 3-month outflow period) is illustrated below :

The liquidity buffer for ABC pension fund for stress events is determined using the recommended Basel Liquidity Coverage Ratio methodology. As at October 31st, 2019 the total liquidity buffer amounted to $2.9 B in the money market and collateral pools. To incorporate the potential impact of stressful market conditions we have adjusted the market value of the assets within the liquidity buffer as follows:

As can be seen in the above hypothetical example, the ABC pension fund is adequately liquid in terms of its liquidity profile with its LCR consistently above the Basel 3 threshold of 100 per cent for a 3-month outflow period.

It’s only when the equity shock is subjected to a 30 per cent drop when it seems vulnerable to more shocks based on this simple illustration.

Other factors excluded from this stress test illustration include:

While we did not follow the Basel 3 LCR’s 30-day cash outflow horizon strictly, we hope that from this simple illustration above, readers would be able to appreciate the importance of having a liquidity management framework in place and consider global best practices like the Basel 3’s LCR approach or other relevant approaches to manage their ALM and liquidity risk.

Guan Seng Khoo is APAC Advisor at Kamakura Corporation. He was Head of Enterprise Risk Management/Governance, Risk, and Compliance of Alberta Investment Management Corporation (AIMCo) between 2011 and 2015.