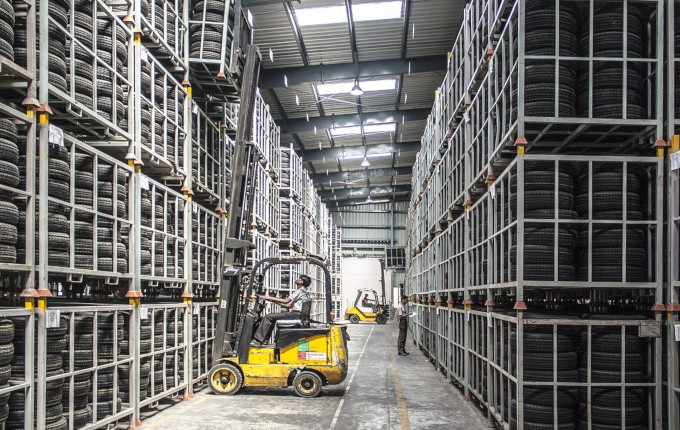 Despite the economic shock of the COVID-19 pandemic, global asset managers have pumped some US$6 billion into logistics facilities, especially in Europe and Asia-Pacific.

The capital flow into the sector bears stark contrast to a collapse in investment into real estate globally.

Many asset owners see the tailwinds behind logistics being strengthened by a huge move online during the COVID-19 crisis.

Anecdotal evidence shows a quickened pace of take-up in online sales in many countries, including Australia (which had lagged behind some markets like the UK) during lock downs in the pandemic.

In fact, some asset owners do not need evidence as they are already convinced that logistics is the thematic investment that will capture the shift to online retailing, increasing consumerism and rising affluence.

Many asset owners see the tailwinds behind logistics being strengthened by a huge move online during the COVID-19 crisis.

Two secular trends are converging to underpin the strength of the logistics/industrial sector.

First is a shift to shop online, which has accelerated during the current environment. Second is a significant flow of capital cycling out of other areas of real estate into the logistic sector.

Most pension and sovereign wealth funds have 20-25 per cent of their real estate allocation in retail and only 5-10 per cent in logistics/industrial.

Most global asset owners have now reweighted their property portfolio with an emphasis on lifting logistics/industrial to 20-25 per cent.

It is this switch that drives the number of transactions in the global, including Australian, logistics market.

Between January and April this year, nearly 50 major logistics deals have been publicly disclosed, mostly for assets in Asia-Pacific and Europe.

Leading the pack are Singapore’s GIC, Canada’s Ivanhoe Cambridge and CPP Investments, and the Netherland’s Bouwinvest and APG.

GIC, which has been accumulating logistics facilities over several years, has significantly stepped up its acquisition rate in the past six months.

The Singapore sovereign wealth fund signed off on more than half a dozen new deals, giving it ownership of a multi-billion logistics portfolio across Europe and Asia-Pacific.

For GIC, a thematic investor, logistics fits neatly into e-commerce growth, especially in Asia-Pacific, where it is riding on rising consumerism and rising affluence.

GIC’s foray into logistics started in 2010, when it became a shareholder in the then-Singapore-listed GLP group, now the world’s second largest player in logistic real estate.

GIC sold its position in GLP when GLP was delisted and privatised in 2018, but then co-invested with GLP in a US$2-billion China logistics fund.

At a time when retail is flailing and the security of office assets has been called into question, with companies having implemented work-from-home policies and social distancing has shut down co-working, logistics is seen to stand alone as the safe bet in property.

Since then, GLP has moved to lift its logistics presence in Australasia, which remained a gap in its global coverage.

In November 2019, it formed a partnership with Dexus to launch a $2 billion open-ended logistics platform, known as the Dexus Australian Logistics Trust. In two tranches, GIC lifted its interest in the trust to 45 per cent.

GIC increased its down under logistics exposure further in March when it became a cornerstone investor in a new Australian fund launched by the Warburg-Pincus-controlled ESR, a fast-growing pan-Asian logistics player.

The ESR Australian Logistics Partnership is seeded with $715.6 million in assets, including 20 income-producing facilities, and aspires to quickly ramp up its portfolio to more than $1 billion.

In April, the Singapore sovereign wealth fund provided capital-backing for LOGOS’ New Zealand warehouse joint venture. In an early venture, LOGOS brought AustralianSuper to New Zealand for its first foray across the Tasman in 2018.

GIC has also strengthened its position in China. In January, just as the coronavirus pandemic was starting to unravel there, GIC invested US$500 million in what is known as the China Logistics Development Joint Venture, in partnership with ESR.

In Europe, GIC has been a direct investor in logistics, paying €950 million (AU$1.6 billion) to Apollo Management in December for a portfolio of logistics assets. It is already a co-investor in the pan-European logistic company, P3, for which it paid €2.4 billion in 2016 to secure the stake.

Additionally, the Canadian investor has placed capital in funds managed by LOGOS.

The Canadian pension plan has a strategy to double is exposure to the sector to around 20 per cent in the next few years.

In April, Ivanhoe Cambridge and three other investors — Bouwinvest, APG and an unnamed newcomer from the Middle East — tipped an initial US$420 million into the latest LOGOS China logistics development fund.

It was the fourth participation for Ivanhoe Cambridge in a LOGOS China fund.

At the time of the announcement, George Agethen, Ivanhoé Cambridge’s senior vice president, Asia-Pacific, spoke of the ‘continued solid’ performance of its previous three China ventures with LOGOS as the rationale for the investment.

The investment in the China logistics fund was the first for Bouwinvest with LOGOS in China. The Dutch investor had previously invested with LOGOS in Singapore, while the unnamed Middle East institution is already invested in China (with other managers).

Ivanhoé Cambridge can now claim a spot in the top 20 largest industrial property groups in the US and continues to look at new markets in the UK and Europe.

While GIC and Ivanhoe Cambridge may have the highest profile in global logistics, others, like APG and CPP Investments, have been topping up capital in logistics centres around the world, particularly in Asia, where e-commerce has grown exponentially in recent years.

In April, APG and CPP Investments backed ESR in its latest South Korean fund to invest in and develop an industrial warehouse logistics portfolio in the metropolitan areas of Seoul and Busan.

APG has 35 per cent, CPP Investments 45 per cent, and ESR the remaining 20 per cent of total issued shares in the fund, and the partners have options to increase total equity investment capacity up to US$2 billion.

The latter upped its commitment by an additional US$1.1 billion to the US$5.5-billion Goodman North America Partnership in February. CPP Investments has an 80 per cent interest in the US Goodman China Logistics Partnership.

CPP Investments was an early investor first backing the Sydney-based Goodman Group in China in the wake of the global financial crisis.

It has committed more than US$10 billion to invest alongside Goodman, a global leader in the development and management of logistics.

At a time when retail is flailing and the security of office assets has been called into question, with companies having implemented work-from-home policies and social distancing has shut down co-working, logistics is seen to stand alone as the safe bet in property.

The rush to logistics assets is likely to accelerate as asset managers look for safe havens in real estate.