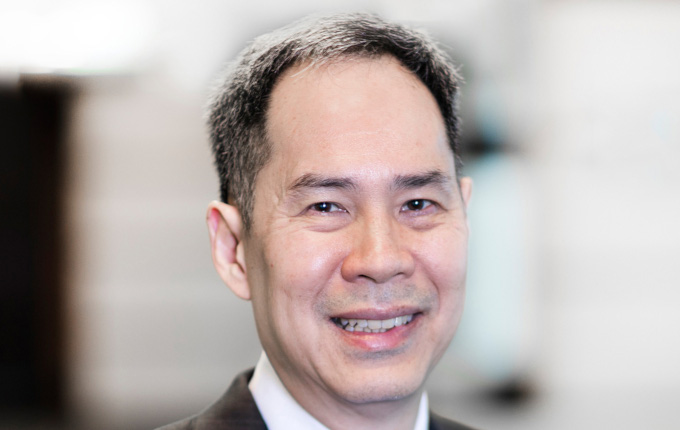 One of the reasons to invest in China A-shares is diversification. So how have these equities held up during the current pandemic-driven financial crisis?

When Geoffrey Wong, Head of Emerging Markets and Asia-Pacific Equities at UBS Asset Management, spoke at the [i3] Equities & Equity Alternatives Forum earlier this year, he shared research with the audience that looked into the diversification benefits of including China A-shares in a broader equity portfolio.

Looking purely at the volatility of equity markets, Wong showed that for an Australian investor you can allocate up to 25 per cent to China A-shares as part of a broader Australian or global equities portfolio and your total risk still comes down, despite the fact China A-shares have a higher level of volatility.

The reason for this is relatively simple, Wong says.

The average Chinese investor doesn’t really have the ability to move their money easily overseas. The person in the street in China cannot simply buy Microsoft stocks. So the money is, in a way, trapped within China

“The risk is coming down because of the low correlation between these markets,” he says in an interview with [i3] Insights.

“The low correlation means that it diversifies your Australian or global equity allocation.”

But why is there such a low correlation between the Australian and Chinese equity markets? After all, the two economies interact in many areas, including the commodity, energy, education and tourism sectors.

“The average Chinese investor doesn’t really have the ability to move their money easily overseas. The person in the street in China cannot simply buy Microsoft stocks. So the money is, in a way, trapped within China,” Wong says.

China A-shares under the Pandemic

Wong spoke at the forum in February and now, three months later, the world looks very different. Already then he had to join the event via videoconference due to the coronavirus spreading (and he was still voted best speaker of the forum). But at that time it wasn’t clear yet how severely the pandemic would impact markets around the world.

Yet, now we know the severity of the disruption to economic activity, let alone the human suffering, that the virus has caused around the world.

So have China A-shares provided diversification in this environment?

It has been a volatile ride, but year-to-date the Shenzhen Composite Index is firmly in positive territory.

There are a number of reasons for this, but one is related to China’s ambition to become the leading source of quality technology and innovation and reduce its reliance on key technologies produced in the US, Wong says.

“There are certain technologies where the US still holds the key to innovation. China is determined to, over time, reduce its dependency on the US, so there is a lot of government encouragement in innovation,” he says.

There are certain technologies, where the US still holds the key to innovation. China is determined to, over time, reduce its dependency on the US, so there is a lot of government encouragement in innovation

This applies particularly to the manufacturing of semiconductors and most Chinese semiconductor companies are listed on the Shenzhen stock exchange. Local investors are quite aware of the ambitions in this sector and have poured money into the companies in anticipation of technological breakthroughs in this space.

This trend has only been fuelled by the recent increased tensions between China and the US.

“There is the feeling that there will be very strong encouragement [from the government] for localised production of IT hardware and semiconductors, where it is possible,” Wong says.

“It is not possible right now because of key technologies that are still held in the US. But the market is believing that this is a big, strong area of emphasis going forward.

“In our view, some of these stocks have gone up too much, but the point is that the market is looking at innovation.”

The widespread shutdowns and self-isolation measures under the pandemic have also boosted other internet-related stocks.

“The companies that are most innovative are actually up in stock price from the start of the year, so the e-commerce stocks are up in absolute terms, e-gaming is up, the online companies are up,” Wong says.

Wong doesn’t believe this increase in online activity is a temporary phenomenon as the pandemic has caused changes in conventions that won’t simply disappear when everyday life resumes again.

“Those companies that did not have a working-from-home policy have now been forced to adopt them. For a portion of these companies, they are learning that it works,” he says.

“In the past, especially in Asian corporates, you’d need to show your face to the boss. You needed to be there before the boss came in to show that you are there and you’ve got to leave after the boss, right? But now there is a bit of a convention change such as that you don’t need to be physically visible in order to show that you are working.

“Of course, certain corporates will go back to their old ways, but the point is that a certain proportion of corporates has learned that the new virtual way of working actually works. I think even for us there will be a permanent change.”

These changes could find further support from companies that regard them as a chance to save money on expensive office leases.

“If you look at the corporate level, you could see companies say: ‘Well, why do I invest in prime office space? Maybe I can cut it down a third and some people can work from home?’ Cost cutting is always present in many industries and now you see that your workers don’t need to occupy a physical space every day,” Wong says.

The recent increase in tensions with the US and to a smaller degree with Australia has played in favour of certain technology-based stocks, but this doesn’t mean it is good news across the board for Chinese companies.

“Tensions are not good for anybody in the long run, but it is producing winners and losers at the stock level; there will definitely be losers,” Wong says.

He argues there is no easy way of taking into account the effects of such geopolitical events.

“There are no shortcuts, unfortunately. At the geopolitical level, my analysts, my team is scrutinising these changes very carefully. We are reading through the various restrictions that the US is talking about imposing before they pass into law. We look at what the various senators are saying, because this is foreshadowing which regulations might come about in, say, six months’ time,” he says.

“Then we marry that with what we know about the companies and who their customers are and who is going to be hurt by this. There is no shortcut; it takes a lot of work to keep an eye on the situation.”

Individual companies will experience the fallout from the current pandemic differently, but at the macro level there have also been concerns about the level of unemployment in China. Official figures don’t take into account migrant workers and some independent reports have put the jobless rate in China as high as 20 per cent.

Could this derail the anticipated future growth of the Chinese economy?

Wong is rather sanguine about the employment situation in China and points to the demographic trend that the country has peaked in terms of the size of its working population.

“The shortages of workers are on the entry level; the young workers that might go into a manufacturing operation, there are fewer and fewer of those. So, over the past several years, entry-level wages have been rising pretty rapidly.

“These migrant workers, obviously they are still there and their welfare is concerning, but the total numbers are actually going down, because in order to get enough workers, the factories have been located inland where the majority of workers are in order to be more attractive to them.

“So, in the long run, this situation is becoming a smaller and smaller problem and I don’t want to trivialise the social issues, but unemployment is not something that China has to be overly concerned about.

“I think the pressure is the other way around towards more automation, because China’s best demographic has just passed, so it has to have more automation.”

In Australia, pension funds have started to realise the benefits of taking a more granular approach to the Chinese equity market, especially as China represents now more than 30 per cent of emerging market indices.

But the individual funds have taken quite different routes to implementing an allocation. Some funds simply include it as part of their emerging markets or regional Asian allocations.

Others have decided to implement a dedicated China A-share allocation in their portfolio. For example, First State Super applied for a Qualified Foreign Institutional Investor (QFII) quota and implemented an allocation with the help of investment advisor Neo-Criterion Capital.

Sunsuper has given some of its global equity managers the ability to invest outside of their benchmark and implemented infrastructure that enables the fund to trade through the Hong Kong Stock Connect with Shanghai and Shenzhen.

Wong says each method has different benefits, but most mandates today favour the stock connect over a QFII quota.

“The QFII is a bit of a historical holdover. Today, we don’t recommend our clients to apply for a QFII, because the stock connect is equally cost competitive and a lot less paperwork to do. Repatriation of funds is very easy, almost as easy as trading a Hong Kong stock. There is just a minor amount of paperwork,” he says.

“So stock connect has pretty much obsoleted QFII. The QFII still has some advantages, which are a little bit technical, but for most investors the difference is negligible. So, the stock connect is the way to go for setting up an account.”

This article is paid for by UBS Asset Management. As such, the sponsor may suggest topics for consideration, but the Investment Innovation Institute [i3] will have final control over the content.

Logistics is Currency of Choice Hedging with Hindsight at VFMC