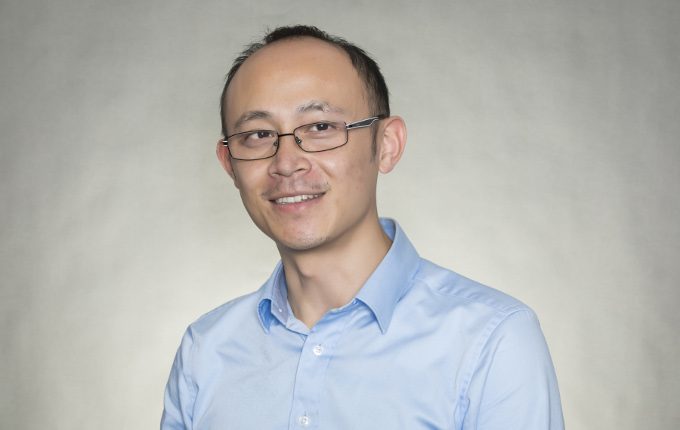 First State Super is one of the first pension funds in Australia to have secured a Qualified Foreign Institutional Investor (QFII) licence, which gives it the right to invest in Chinese stocks listed on mainland markets, with a quota of no less than US$500 million.

The fund decided to seek a licence after realising how much change had occurred in China in recent years.

“I thought I knew China pretty well,” Henry Zhang, Senior Investment Analyst at First State Super, says in an interview with [i3] Insights.

“My wife is from Shandong and in 2013 I went back to her hometown in the northern part of China. At that time, the whole town was going through a massive construction phase and they basically completed a whole new city nearby.

“Although the whole town had been built, it was basically empty, so I was thinking that all the news about ghost towns in China must be true.

“But when we went back in 2015, it amazed me that this empty town was now full of people. After just two years it had businesses, schools, all sorts of modernised facilities going. It made me realise how dynamic the country really is.”

This prompted Zhang and his team to take a closer look at the exposure the fund had to China. Like most large superannuation funds, First State Super had an exposure to the country through its emerging market allocations, which predominantly consisted of index exposures.

The MSCI Emerging Markets Index, for example, has an exposure of almost 30 per cent to China, but largely invests in offshore listed stocks, including Hong Kong-listed H shares and American depositary shares.

MSCI announced only in June this year that it would incrementally include mainland listed shares, including China A-shares, in its index.

Zhang realised there was a better way of implementing an exposure to China.

For me it is almost intuitive: by including the onshore market, you can have a better universe without changing your risk exposure

“We were already exposed to China, but a large part of this was through offshore China shares, so it is not a true China exposure,” he says.

“For me it is almost intuitive: by including the onshore market, you can have a better universe without changing your risk exposure.”

Besides, the fund had already gotten a taste of the possibilities in this market by exploiting some of the price differentials between shares listed on mainland stock exchanges and those listed overseas.

“In China, there are a lot of stocks both listed on the domestic and offshore markets,” Zhang says.

“The same stock can have dual listings, so essentially they are the same and should have the same price, but the reality is very different.

“A stock trading on one exchange can have higher valuations than the same stock listed on another exchange.

“Often, it is slightly more expensive on the mainland than offshore, but it changes over time, which tells us just how dynamic the market is.

“In late 2015, we did a trade where we exploited the price differential between stocks, using futures and a proprietary basket of stocks that was created by our in-house team.

“We were able to extract almost a 30 per cent return, without adding any active risk, because it was a market-neutral strategy. That worked out very well for our members.

“It opened our eyes to the possibilities in these markets, so we spent a bit more time on deciding how to play the Chinese market.”

The result of this exercise was that First State Super decided it would benefit from a dedicated, long-only exposure to capture the long-term growth trends in this market.

There is a potential opportunity for us to find alpha in the Chinese market, because it is very large, the second largest market after the US, and it is still inefficient.

“We decided to make the exposure to China a dedicated one, rather than have an ad hoc approach to it,” Zhang says.

“These days, alpha is hard to find, especially for a large fund like us with our size constraints. It is hard to find a good alpha-generating manager and be able to put enough capital towards them.

“But there is a potential opportunity for us to find alpha in the Chinese market because it is very large, the second largest market after the US, and it is still inefficient.”

To do this, the fund needed a licence.

“We chose QFII because it gives us flexibility in designing customised mandates. For us, we have a lot of different considerations, for example, we don’t hold any tobacco stocks, we have our ESG (environmental, social and corporate governance) requirements and we have a fee budget,” Zhang says.

“Also, by having a QFII licence it makes us closer to the market. By law, we have to appoint a QFII broker to be able to trade, so we were able to establish a relationship and were able to directly negotiate the costs. It helps to remove some agency risk and reduce costs to members.

“With QFII we were also able to interact with the regulators and listen to their needs. It was quite cooperative.”

Getting approval for a licence can take months, if not years, but First State Super was able to receive approval after just six weeks and for the full application of US$500 million.

China is going a long way towards opening up their capital markets and stabilising the market and to help with this they want to increase the proportion of institutional investors.

“It is a very short time frame and it shows how serious the Chinese regulator is in attracting long-term capital,” Zhang says.

“China is going a long way towards opening up their capital markets and stabilising the market and to help with this they want to increase the proportion of institutional investors. Retail investors, which currently dominate the market, have short-term horizons and go in and out of the market, causing a lot of volatility.”

First State Super has appointed a domestic manager to run its Greater China strategy, he says.

“This is a long-only strategy and is about taking a holistic view of China. We want a high-conviction manager; someone that takes a view on the market and can build a 20 to 70 stock portfolio with low turnover.

“Most of the state-owned companies are materials, mining, construction; they represent the more mature part of the Chinese economy.

“But the really exciting opportunities in the equity markets are what people often call the ‘New China’, which are the more consumer-driven and healthcare companies. They are growing very quickly and are often privately held companies, so they are operating very efficiently.

“Look at Alibaba or Tencent, they are everywhere. China is still their biggest market, but now they are also outside of China.

“Without a doubt, I think China is going to be such an important element in everyone’s portfolio, that being a leader in this space will bring value to our members both in terms of return and broadening our investment set.

“Also, at the same time it allows us to get closer to the market in China and better manage the China risk in the portfolio.”