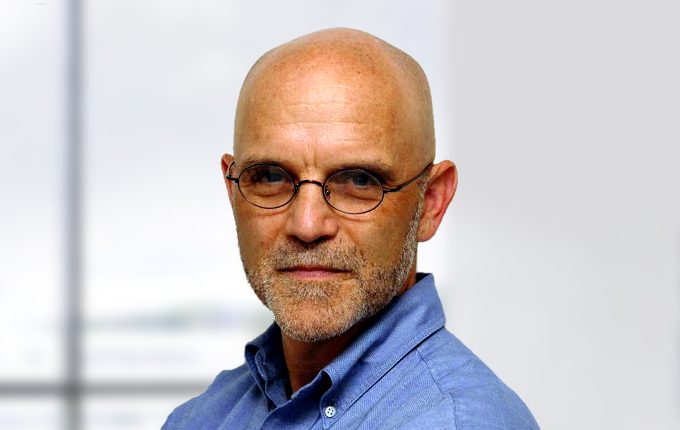 In 2003, book publisher HarperCollins brought out a new edition of Benjamin Graham’s seminal work, The Intelligent Investor, the classic value-investing tome that was first published in 1949.

In addition to Graham’s text, taken from a fourth revision by the author in 1973, the publisher hired seasoned finance journalist Jason Zweig, well-known from his Intelligent Investor column in The Wall Street Journal, to apply Graham’s ideas to the market conditions at the time, taking into account events such as the deflation of the internet bubble in 2001.

MarketFox columnist and resident podcaster Daniel Grioli caught up with Zweig and asked him in an [i3] podcast to provide a glimpse of what Graham may have made of today’s market conditions, including the rise of the technology giants.

Stipulating that this would be an exercise in speculation, Zweig took up the challenge, saying he expects the father of value investing would have modified his approach to suit the current conditions.

[Benjamin Graham] he went on to propose something that quite frankly sounds like market-tracking, index funds

“I can only make an educated guess, but there are a couple of things to remember: very late in life, a couple of years before he died, Graham said, and I’m paraphrasing here: ‘I’m no longer a believer in elaborate methods of financial analysis,’” Zweig says in the podcast.

“And he went on to propose something that quite frankly sounds like market-tracking, index funds, on the grounds that equity markets had become quite a bit more efficient than they were back in the 1920s when he got started on Wall Street.”

He adds Graham continuously tried to improve on his methods, a fact few people gave him credit for.

“With almost every edition he published of both of those books, he changed his valuation threshold.

“In the 1990s, it become common for people to mock Graham as this sort of out-of-touch dinosaur who said you could only pay 10 times earnings or 1.5 times book value or you could only buy net-net companies which were selling for less than their working capital per share.

“Those kinds of summaries of Graham’s thinking are not fair. It was something he said in one of his books, but if you’d looked at a next edition, he would be using different yardsticks.

“He was a big believer in that market conditions do change and that as an investor you always have to test if your preconceived ideas still hold in today’s marketplace.”

Today’s markets are characterised by the domination of technology companies that have reached Brobdingnagian scale and equally impressive share price valuations. In this situation, the big question is whether Graham’s emphasis on mean regression still applies.

“It is something that I have been thinking about a lot lately. The fundamental principle that underlies the kind of value investing that Benjamin Graham and his co-author, David Dodd, talked about a lot is regression to the mean,” Zweig says.

“It can be expressed very simply in poetry and biblical language. The quote at the beginning of Graham and Dodd’s book, Security Analysis, is from the Roman poet Horace and is: ‘Many shall be restored that now are fallen and many shall fall that now are in honour.’

“It is an open question whether that still is true or as true as it was in Graham’s time.”

My intuition is that when everything is said and done, regression to the mean is probably still with us

Zweig openly admits he doesn’t know the answer to this question, but it is a question all value investors should ask themselves.

“[Billionaire hedge fund investor] Seth Klarman asked that same question at the Columbia conference that [Daniel Grioli] and I attended, and also in his latest annual report. And a lot of thoughtful investors ask that,” he says.

“I don’t think we know the answer for sure, but I think you can’t be a prudent, well-informed investor if you’re not at least asking that question.

“My intuition is that when everything is said and done, regression to the mean is probably still with us, but there isn’t much sign of it right now, is there?”

Zweig is spending a lot of time researching the current situation and says investors should not be lured into a false sense of security by assuming everything will stay the same.

“I think that it is very important to recognise that the rules of the game can change,” he says.

“I’m not saying they have changed – I’m still doing a lot of research – but it is hard to look at companies like Amazon or Alibaba and say conclusively that their growth rates have to slow down.

“Common sense says that and history implies it, but maybe there is a new force at play here that we don’t fully understand yet.”