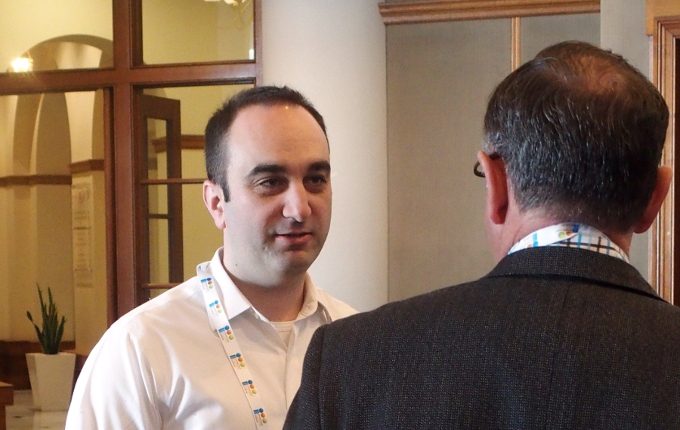 In April this year, i3 Insights teamed up with Daniel Grioli, a former investment strategy and asset allocation portfolio manager at Australian pension fund LUCRF and editor of the investment blog MarketFox, for a new column, addressing strategic issues in institutional investing. Now, six months into the collaboration, we caught up with Grioli to hear how his blog came into existence and what he has been working on since leaving LUCRF.

MarketFox came into existence in 2014, initially as a way for Grioli to make sense of all the information and ideas he encountered during his work and studies in relation to investment markets.

“MarketFox started in late 2014 mainly at the instigation of a couple of my friends, who were pushing me to write down my ideas,” he says.

“In this industry, we come across a lot of good ideas or interesting avenues of research that you might not be able to use directly at work.

“So this is a good way to bring some structure to all of these ideas. It is also quite cathartic to do this.”

The name of the blog is a reference to a quote from Greek warrior poet Archilochus: “The fox knows many things; the hedgehog one great thing.”

The phrase has been reinterpreted many times over the centuries, but Grioli explains it was political science writer Philip Tetlock’s application of the phrase to political forecasters that inspired the blog’s name.

In Tetlock’s interpretation, hedgehogs have one grand theory that they are happy to extend into many domains and they often express their views with great confidence.

Foxes, on the other hand, are skeptical about grand theories, careful with their own forecasts and ready to adjust their ideas based on actual events.

The success rate of foxes is significantly greater, Tetlock found, as hedgehogs are often blinded by their own narrative.

“That quote resonated with me because a lot of people out there in the market, they only adopt one position. I understand why they do that because it makes it easier to sell that product or service.

“And often the people that stick with the one theory often get much more publicity, but they are far more often wrong. Foxes on the other hand make terrible TV guests because they will often say ‘I don’t know, I’m not sure’, or – my favourite – ‘it all depends’.

“But often that is the right answer.

Investing is all about the future and the future is unknown; it hasn’t happened yet. So you have to think probabilistically and take multiple approaches to a problem.

“Investing is all about the future and the future is unknown. It hasn’t happened yet. So you have to think probabilistically and take multiple approaches to a problem.

“That is the idea behind MarketFox and then it grew into a vehicle for exchanging ideas with people who are doing interesting and new things in finance. Many of these people are meeting online and sharing ideas, sometimes agreeing, sometimes disagreeing.”

These conversations opened up possibilities Grioli hadn’t contemplated before. The realisation that there was an investment community out there that didn’t care much about what role you held, but was solely interested in whether your idea had merit, fascinated him.

“The traditional career path is through a fund manager, consultant or asset owner and you spend the time there to climb the ranks. But the number of places where you can do that is getting smaller because of consolidation,” he says.

“What I realised was that a whole lot of people are bypassing this trajectory through the internet. They had great ideas and said: ‘You know what? Instead of working my way patiently through an organisation until I can convince my superiors to give me a shot, I can take the risk to do it just now.’

“I have the distribution (the internet) and if my idea is good enough then people will find me.”

Grioli illustrates his point with an example of a United States fund manager, Alpha Architect, which has raised more than US$600 million across five exchange-traded funds merely by focusing on investor education.

“I went to meet him in 2015 and he doesn’t have a single BDM (business development manager). But his investors love him, because he puts a lot of time and energy into educating people,” he says.

“I definitely think that education and transparency are huge parts of where finance is going. A lot of sales and marketing was based on trust: ‘we have been around for 10 years’ or ‘we have such and such working for us’. I think that kind of trust is in shorter and shorter supply.

“The people that will be making investment decisions in the future – younger people, the millennials – they want the information, they want it accessible and make decisions themselves. Education and transparency are going to be the new form of marketing, that is something I believe strongly in and being part of that is important.”

Since leaving LUCRF, Grioli has been involved in several projects, including working for the Noel and Carmel O’Brien Family Foundation, a charity that focuses on helping refugees and supports educational initiatives in Africa.

“It is not that they need help with investments; if you look into their portfolio, they have some very smart investments. But what I bring to the charity is to provide a judgment overlay when it comes to portfolio construction,” he says.

My definition of portfolio construction is when you ... combine your investments in a way that is greater than the parts.

“My definition of portfolio construction is when you get effects of 1 + 1 = 3. You want to combine your investments in a way that is greater than the parts. That can be difficult for a charity because they are good at assessing individual opportunities, but sometimes they don’t have the tools for assessing the portfolio construction.

“So what I’m doing is to help them refine the portfolio around its objectives.”

True to his beliefs, Grioli takes an educational approach to his consultancy role and says if he does a good job, then he will get the charity to a point where it doesn’t need him anymore, rather than being reliant on his advice.

“Ideally, by helping them I should work myself out of the job. I should help them create a portfolio that they understand, where they can have realistic expectations of how it will perform in a variety of markets and that they can hold instead of worrying about multiple layers of complexity,” he says.

“That allows them to spend most of their time on doing good with the money.

“It might make it more difficult for me in the short term, because it would be easier if I developed a retention model with several clients, but ultimately I think it will build a more sustainable business.

“This is about making clients happy rather than building in complexity and keeping clients fearful they might not understand the full picture.”