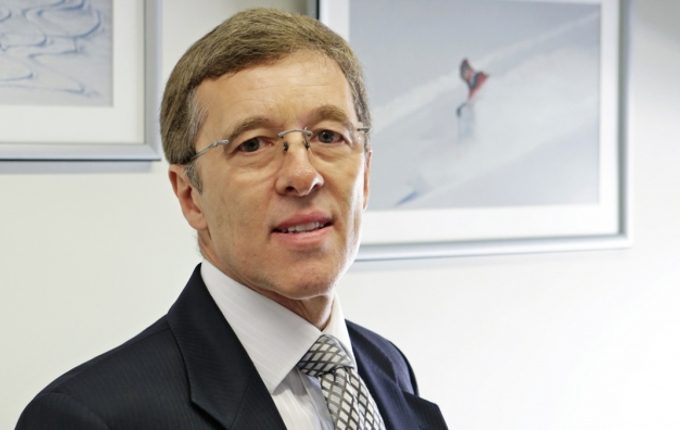 Geopolitics is back, with a vengeance, and needs to be elevated to a first order risk when weighing investment decisions. This is the inescapable conclusion to be drawn from the disconcerting bout of geopolitical volatility that is sweeping the globe from Europe to the Middle East and Asia. But turbulence and disorder also provide opportunities for savvy investors. So paying attention to geopolitical trends can reap rich rewards.

In the lifetime of most investors, geopolitical events have been a marginal consideration because of the underlying stability of the international system under the stewardship of a United States which privileged free markets, liberal democracies and the rule of law. But Pax Americana is unravelling under the pressure of multiple challenges from dissatisfied rising powers, like China and Russia, and influential regional states such as Iran and Turkey.

What these autocratic regimes have in common is their desire to reshape the contours of international commerce, finance and politics to reflect their own very different interests and values. This has shaken up the old order in unpredictable ways and increased the risk of serious conflict. Already punctuated by sporadic outbursts of violence and military hostilities, any of which could trigger a wider conflagration, this simmering new cold war could come to the boil at any time, not because challengers are intent on war, but because war may eventuate through miscalculation or hubris in any of the world’s proliferating hotspots.

The biggest challenge to the existing order, and the most likely source of a major geopolitical shock to financial markets and the global economy, is the rivalry between China and the US for pre-eminence in Asia. China is clearly intent on being the dominant Asian power which will only be possible if the US is forced out of the Western Pacific. Neither Donald Trump, nor Hillary Clinton, are going to voluntarily cede power to China. So the stage is set for a herculean contest between the US and China that is likely to play out in the East and South China Seas and risks drawing in other East Asian states, as well as Australia.

A recent report from the prominent US think tank, the RAND Corporation, concludes that war between the two super powers is a distinct possibility.

A recent report from the prominent US think tank, the RAND Corporation, concludes that war between the two super powers is a distinct possibility. It could be short and bloody, or long and devastating. Even a short-term disruption to the more than 50 percent of world merchandise and energy trade that flows through the Malacca Strait into the South China Sea could have major ramifications for financial markets. A longer conflict could trigger a major depression given the fragility of the world economy.

In Europe, a resurgent Russia has annexed Crimea, destabilised neighbouring Western leaning Ukraine, pressured the small and vulnerable Baltic states (Latvia, Estonia and Lithuania), inserted itself into the cauldron of the Middle East and – reminiscent of the Cold War – begun to probe Western air defences with regular long-range bomber patrols from the Atlantic to the Caribbean. Russian President Vladimir Putin has strengthened his strategic leverage by cultivating closer economic and military ties with Xi Jinping’s China in Central and East Asia, through their shared leadership of the Shanghai Cooperation Organisation and intensifying joint naval exercises in the East and South China Seas.

In response, the US has beefed up its support for NATO, deployed additional troops to Europe and installed a state of the art missile defence system in Romania which has angered Putin because he fears it will undermine Russia’s nuclear deterrent. US-Russian competition has become openly hostile. There is a real risk of a direct military confrontation in Syria where Russian and US fighter aircraft are flying dangerously close to each other in support of opposing forces.

The mess that is the Middle East has been further complicated by the authoritarian tendencies of Turkish President, Recep Erdogan, the regional ambitions of theocratic, anti-Western Iran and the deepening geopolitical and confessional divide within the Muslim world between Sunnis and Shia. Islamic fundamentalism will continue to be a destabilising force long after Islamic State’s Syrian and Iraqi redoubts in Raqqa and Mosul have been destroyed.

As the US draws back from its traditional role as global cop, there are fewer constraints on long standing regional rivalries and rogue states. An example of the former is the rapidly worsening tension between India and Pakistan. The recent deaths of 18 Indian soldiers at the hands of Pakistan based militants has significantly increased the likelihood of an Indian military response that could quickly escalate and lead to a rerun of the 1999 war between the two countries over disputed Kashmir.

In Northeast Asia, the quixotic and brutal North Korean dictator, Kim Jong-un, has accelerated his impoverished country’s nuclear program to the point where he now has an estimated 20 nuclear weapons of about the same destructive capability as those used on Hiroshima and Nagasaki. They can be delivered from the land, and sea, and are already capable of striking Japan and South Korea. Sooner, rather than later, they will be within range of the continental United States.

What does all this mean for investors?

If one subscribes to the view that the main threat to the present financial market cycle is geopolitical, then a set and forget strategy will guarantee capital erosion and losses to clients. Should the present financial market cycle be disrupted by geopolitical events, global monetary authorities will have to be even more aggressive in implementing unconventional monetary policies (as discussed at the last Jackson Hole Economic Policy Symposium) and move official central bank interest rates into negative territory.

Pension funds, insurance companies, retail investors and even banks will find this environment excruciatingly painful. With no historical precedent for such moves mainstream portfolio theories will almost certainly need to be reassessed and changed.

Portfolio managers should pay close attention to the widening geopolitical fissures and prepare themselves by introducing capital preservation strategies across their portfolios via exchange traded futures and options. Other adjustments might include currency overlay strategies to protect overseas investments; collecting additional income from transparent and well-structured short-term investment instruments that offer an illiquidity premium and compound income streams; and buying higher volatility protection when such protection iss relatively cheap.

These are some of the solutions for protecting traditionally structured portfolios that would be particularly effective if cross asset class returns become highly correlated and portfolio diversification strategies based on historic volatility, correlation and return assumptions prove inadequate in the present challenging global climate.

It is important to understand that financial market cycles do not end solely due to investor herding or under their own weight. History provides us with abundant evidence of a strong connection between market vulnerabilities (herding) and external or internal shocks that act as catalysts to tip cycles over when they reach a point of exhaustion.

In most cases the catalyst, or catalysts, are known to financial market participants. But they are often ignored because they do not fit traditional risk management approaches by mainstream investors. An obvious reason is that assessing the financial implications of geopolitical risk is difficult for, and largely foreign to, financial analysts who typically operate under the illusion that “long-term investment strategies” can protect investor capital across all investor cohorts in the new, artificially manipulated and complex investment landscape.

Unfortunately, this approach ignores the reality that financial market cycles are evolving in quite different ways to the past, mandating that the custodians of client funds adopt more responsive and dynamic investment strategies which better incorporate geopolitical risk.

From Economics to Empowering Parents Steering Clear of Factor Strategies