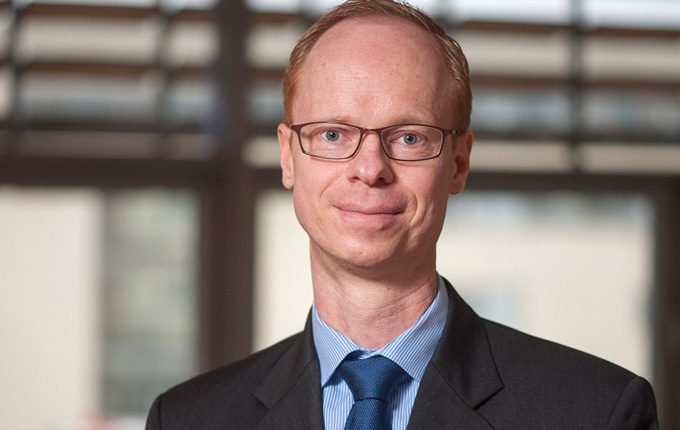 Peer risk is one of the most formidable barriers to innovation in the institutional investment industry. Nobody wants to look silly, even if they did the right thing.

Or, as the often-quoted sentence from John Maynard Keynes’ 1936 magnum opus ‘The General Theory of Employment, Interest and Money’ reads:

“Worldly wisdom teaches that it is better for reputation to fail conventionally than to succeed unconventionally.”

And so it was a tough 18 months, when Nils Ladefoged and his team at PKA, which manages DKR 235 billion (AU$ 48 billion) in assets for several Danish pension funds, overhauled their equity strategy and started to lag both the internal benchmark and their peer group.

Ladefoged, who is a senior portfolio manager at PKA, had embarked on a project to move the investment strategy away from traditional equity mandates and towards alternative beta, or risk premia strategies.

“We started in 2012 and we essentially reduced our equities at a point in time when equities started to perform quite well,” he says in an interview with [i3] Insights.

“But as the rally slowed, we really saw that our strategy started to pick up against the traditional one and now we have surpassed our benchmark and are ahead,” he says.

In part, PKA was able to change its strategy and stick with it because it had full support from the board and the investment committee.

“With the first project, we presented a case for them to reduce allocations to equities and increase allocations to alternative beta and other strategies,” Ladefoged says.

“The problem is when you have so much risk exposure in equities, then the whole portfolio becomes dominated by that source of risk.

“Fortunately, our board saw that was an issue and very early on said that if our study was promising then they would be supportive of significant changes,” he says.

PKA conducted a study on the potential of using risk premia strategies more widely in the portfolio.

It had already made allocations to such strategies some 15 years ago and was comfortable with the concepts of value and momentum.

As the team grew more knowledgeable and experienced in their use of risk premia, they wondered what else was available to them.

“We set up a project to see if we could get more exposure to these things. And also we want to see what other premiums were out there that we could get exposure to,” he says.

“Because we are a very small investment organisation we ran the study with three investment partners: AQR, JP Morgan and Deutsche Bank.

“We had a lot of discussion about that internally and with [the three partners],” he says.

I think many people agree more or less with what we are saying [about risk premia], but there is this concern that they will lag the peer group or benchmark. It is a career risk.

The board recognised the potential of the study and gave the green light for implementation of the first phase in 2012.

“Although we had a tough start, we had done a lot of simulation work which said there will be a day when we will be lagging the benchmark and the peer group,” he says.

“When we started out lagging, they were not caught by surprise. It was simply because the equities had rallied and our peer group was equity heavy.

“I think many people agree more or less with what we are saying [about risk premia], but there is this concern that they will lag the peer group or benchmark. It is a career risk,” he admits.

Yet, PKA’s transformation to a risk premia driven investment approach did not come out of the blue and was facilitated by its existing risk framework.

“Over the years, really going back 15 years, our portfolio already started to change,” he says.

“We had seen a slow change away from very traditional, concentrated stock selection mandates to more enhanced, low-tracking error type of mandates.

“The typical problems with the fundamental managers were that they would do well for three years, then badly for three years and then the team left and the new team would make all these changes.

“There was also significant turnover, because they are really not long term in their investment decisions.

“Another thing is that if you looked 10 years ago at our investment portfolio globally, we probably had 20 mandates and if you took those 20 equity mandates and put them together you more or less just held that global benchmark portfolio.”

“But we really have a unique risk framework, which allows us to compare all investments on an apples-to-apples basis.

“Essentially, in our risk framework we can and we do compare an infrastructure investment with a credit investment, with a derivative investment and with an equity factor investment,” he says.

We are not doing this in infrastructure or private equity. We have not yet found that it would be realistically applicable there.

The risk framework is based on stress-testing.

The team has built separate risk models for each asset class and tests what these assets would do in a once in a 200-year tail event. The result is a series of expected returns per unit of risk, which enables the team to compare assets on a like-for-like basis.

“This framework made it very easy for us to take the step into alternative beta investing, because we had the framework for evaluating the effectiveness, so we didn’t have to develop an entire new framework for this,” he says.

Another contributing factor was that PKA had a long track record in using derivatives and their stakeholders were comfortable with their application in the portfolio.

“Very early on PKA went to hedge our interest rate liabilities, so from very early on we’ve been using derivatives,” he says.

PKA has now incorporated alternative beta strategies in its equities, commodities and currency & rates holdings, and has selective exposures in bonds and credit.

“We are not doing this in infrastructure or private equity. We have not yet found that it would be realistically applicable there,” he says.

The Shelf Life of an Investment Signal Brexit: A Soft Start to the End of the EU