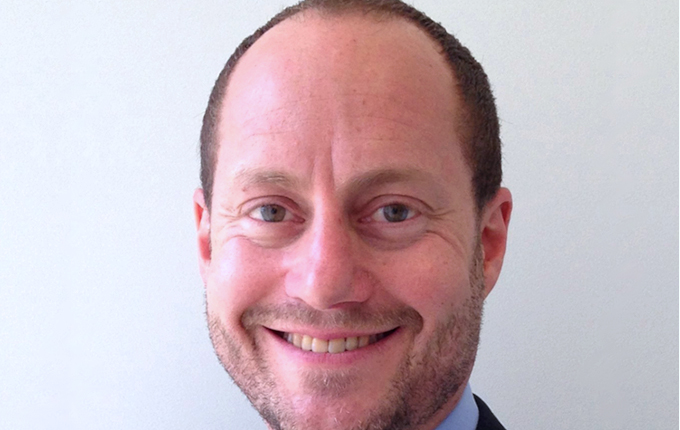 The endowment model is one of the most celebrated investment models among institutional investors, but if you replicated what David Swensen was doing at Yale today, would it still work? Perhaps we shouldn’t look at the strategies Swensen implemented, but at his willingness to try lesser-known, innovative investments.

David Swensen was in many ways a pioneer. When he took over the Yale Investment Office in 1985, the fund looked like a typical institutional fund with a large skew to domestic equities. But Swensen changed this plain vanilla fund into one of the most innovative portfolios seen at the time, including previously unknown or niche assets, such as timber, while adding various hedge fund strategies, including leveraged buyouts, venture capital and absolute return strategies.

But as the hedge fund sector has matured and assets under management have grown to Brobdingnagian proportions, the model has required some reinterpretation.

Michael Weinberg is a veteran of the hedge fund industry, having worked as a portfolio manager with Soros Fund Management, FRM and Dutch pension fund APG. Weinberg is also an Adjunct Professor of Finance and Economics at Columbia Business School, where he lectures on the endowment model.

“The Yale model and David Swensen’s pioneering portfolio management is a textbook example in the course I teach and I think it’s still viable. It’s still a great model,” he says in an interview with [i3] Insights.

“But when David Swensen was doing it, there was alpha in some of the strategies that have now become beta. For example, merger arbitrage was considered an alpha-driven strategy, now it’s beta.

“I’ve seen alternative managers create bespoke merger-arb strategies that are systematic and have very attractive fees. What I’ve done in the past is take these strategies and levered it up and it’s been a home run. It’s given us great exposure to the strategy with very low fees and very high net returns.

“Timber, there were very few people investing in this. He was a pioneer in that sense. But then everyone copied his model and all the other endowments now have timber and so the returns of timber have diminished.

“So it’s a lot harder now and I think there was more inefficiency in markets when he started.

If you're investing in Italian healthcare receivables, then you need significant local talent. You need local lawyers, you need local experts and that's not something large asset owners generally have the ability to do themselves. Pension boards, for example, would say: ‘Why are you hiring teams of lawyers in Italy?’ So that is not even remotely viable

“In Swensen’s time, large asset allocators did not face the same capacity constraints in alternative strategies as they do today as less capital was chasing a larger alpha opportunity.”

Where Weinberg still sees a place for hedge funds and alternative strategies is in areas that are too complex to run as purely systematic strategies or are hard to insource.

“Today, large asset owners use hedge funds as completion portfolios for strategies that are complex or resource intensive,” he says.

“If you’re investing in Italian healthcare receivables, then you need significant local talent. You need local lawyers, you need local experts and that’s not something large asset owners generally have the ability to do themselves.

“Pension boards, for example, would say: ‘Why are you hiring teams of lawyers in Italy?’ So that is not even remotely viable.

“I think that’s one of the places where alternative alpha or hedge funds can really add value in these complex strategies where they may be capturing a risk premium, but it’s not something that’s easily commoditised or that one can replicate.”

It is not only the increased number of investors looking for the same opportunities that makes Swensen’s model more difficult to implement today, but it is also that markets have become more efficient with the rise of the internet and the greater access to large amounts of information.

“We’ve had far more efficient markets and far lower returns in recent times. There has been a secular decline in returns over the past 20 years,” Weinberg says.

He believes all investors, not just hedge funds, will need to embrace machine learning and artificial intelligence (AI) in order to remain competitive in the current environment and leverage off the opportunities big data offers.

“I do believe that AI, machine learning and alternative data are the next frontier for all of investing,” he says.

“Increasingly, managers who don’t incorporate alternative data will be left behind because everyone has access to the traditional data sources, including fundamental data and technical data.

“I would argue some of the alternative data sources are being commoditised, such as credit card data and satellite data. It only costs US$2 million to $3 million and for an institutional asset manager that’s nothing.

I would argue some of the alternative data sources are being commoditised, such as credit card data and satellite data. The differentiator then becomes data that's truly alternative, such as corporate exhaust data, internet of things data, Freedom of Information Act data.

Data exhaust is a category of data that is generated as information by-products, resulting from a company’s digital or online activities. This type of data consists of actions and preferences online, including log files, cookies, temporary files and digital transaction data.

“Managers look at corporate exhaust data for companies that are not publicly traded, but doing so doesn’t breach fiduciary duty. It’s legal to get the information. You may buy it or you may scrape it from the web,” Weinberg says.

“Every time you look at Amazon and it says ‘only two left’, well, that tells you about their inventory and what the sales price is.

“So if you set up complicated models to scrape and use all this data, then you can come up with pretty good revenue inventory margin forecasts, and that’s what the best managers are doing.

“Managers who are not doing this will be left behind. So increasingly it’s about alternative data and the use of systematic strategies with machine learning to optimise them.”

As investment strategies become more systematised and algorithmic processing of data plays a more important role, the concerns over what exactly takes place in a strategy become larger. Many machine learning-based strategies have been accused of being ‘black boxes’.

But Weinberg says this is an unfair criticism.

“Well-run systematic or machine-learning strategies are all coded with strict risk management rules. It is no different than a good discretionary manager,” he says.

“There are rules on net exposure, gross exposure, sector exposure, security-specific volatility and there could be drawdown limits set. So if you’re down a certain amount, then it cuts the exposure.

“But all this is coded by humans, so it is about people plus machines. They’re not just letting it do whatever it thinks is best; these are highly structured, engineered systems.

“In fact, I would argue that the greater black box is a discretionary portfolio manager’s brain. We don’t know what is going on in there.”

Perhaps the future of the endowment model lies not so much in strictly following the type of strategies Swensen was implementing at Yale, but more in the spirit of his strategy. Whereas hedge funds and real assets were innovative and effective strategies in his time, today machine learning and AI show more promise.

But as machine learning and AI become more prevalent, there is a need to define best practice and good governance around the implementation of these strategies.

For example, in Australia, State Super is one of the most advanced pension funds when it comes to incorporating AI and as the fund has become more sophisticated in its understanding of how these strategies apply to investing, it realised it needs to have independent oversight over its activities in this space.

So in 2020, it established an Academic Oversight Body to ensure there was proper oversight over the models it considered using.

Weinberg says there are a few ethical pitfalls in applying machine learning as the system itself doesn’t make any value call.

[With machine learning] you're basically picking up all sorts of trends and trends within trends, but [computers] don't make moral judgments

“You’re basically picking up all sorts of trends and trends within trends, but [computers] don’t make moral judgments,” he says.

He gives the example of strategies that have profited from detecting insider trading through the monitoring of the options market.

“They were picking up on option data and this is not unknown. The SEC (US Securities and Exchange Commission) also looks at option data to try and determine insider trading,” he says.

“So if a company announces that it is being taken over on Friday and there is big call option buying activity on Tuesday, Wednesday or Thursday, then the SEC is certainly going to investigate who is buying those calls.

“Now, what these two funds were doing was the same thing. They were saying: ‘Hey, if you know the regulator’s doing it, then it’s public knowledge.’

“They’re using public data, so anyone can do it. There’s no breach of fiduciary duty. They’re not talking to company management and they’re not speaking to insiders.

“But it does bring up ethical questions, because it might not be illegal, but if you look at it in the spirit of the law, then it’s definitely more of a grey area.

After all, the managers are not breaking the law, but they profit from the activities of people who do break it. Any organisation with a thoughtful environmental, social and corporate governance policy would think twice of investing in such a strategy.”