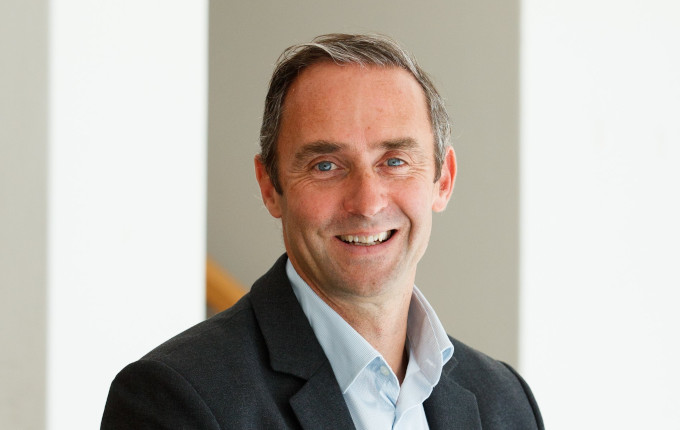 Rest has overhauled its investment and governance model, moving to a model with a single investment function. We speak with CIO Andrew Lill about the implications for the portfolio and the investment team.

The year 2018 was a pivotal year for superannuation fund Rest.

The Rest Board appointed Vicki Doyle as its new Chief Executive Officer and also initiated a board-led transformational review into the fund’s investment governance and structure.

In the past, Rest had a strong investment performance record operating on the basis of a well-credentialed investment committee and asset consulting model, with JANA providing input on investment strategy, asset allocation, and portfolio construction and manager selection, and to an internal team managing investment operations.

It also had its own investment arm, Superannuation Investment Management (SIM), which was fully-owned by the super fund and predominantly looked after a small proportion of Rest’s investments in property, fixed income and cash, although it added a listed equity market and infrastructure capability in later years.

Rest itself was largely an operational trustee business, focusing on member services and administration.

But as the fund continued to grow, it became clear it needed to bring the various parts together under one leadership team.

Rest hired US academic and governance specialist Ashby Monk to advise on the best way forward and among his recommendations was to bring all investment functions together under one Chief Investment Officer (CIO).

A search went out and in 2020 Andrew Lill, previously CIO of Morningstar in Asia-Pacific and later the Americas, was appointed into the new role.

[The review] was not particularly focused on diluting the role of JANA. It was really asking questions around: ‘What is the role of the asset consultant? What's the role of the internal investment team? And being clear where accountabilities lie

“There was a recommendation to effectively hire a Chief Investment Officer who would be responsible for the whole of the investment portfolio with delegations from the investment committee and supported by the asset consultant,” Lill says in an interview with [i3] Insights.

“As part of that there was also an integration process that was started to bring the SIM group, into Rest investments and so we now have the full arrangements for managing the portfolio both internally and externally within the one team,” he says.

JANA still has an important and material role within the new structure, Lill says.

“[The review] noted and wanted to support the integral role of the asset consultant for certain requirements, but it also wanted to have the main accountability for the investment portfolio outcomes with the Rest investment leaders,” he says.

“So it was not particularly focused on diluting the role of JANA. It was really asking questions around: ‘What is the role of the asset consultant? What’s the role of the internal investment team? And being clear where accountabilities lie. Today, all of the JANA team are tremendous advocates for what we do and have been great partners through many years of development.”

Since his appointment, Lill has been expanding the investment team, hiring a number of senior investment professionals and setting up appropriate delegation structures for the team in line with a total portfolio approach, or as he calls it: a ‘one team, one portfolio’ philosophy.

The team at SIM has also been integrated in the Rest investment function and SIM as a separate entity has for all intents and purposes ceased to exist, Lill says.

“One of the great things that [SIM] gave us is an established London office,” he says. “Because we built out an infrastructure and property capability as a global capability, we’ve been able to add more people to it recently and so the idea is to maintain the office and grow it as our international presence,” he says.

When SIM originally started investing it focused on property, cash and fixed income, including the asset management of select CBD office properties. Over time, the team expanded into infrastructure and built an Australian equity capability.

“I would say [the Australian equity strategy] is one of the jewels in the crown within our portfolio,” Lill says. “We’ve got a great five-year track record from our internal Australian equity capability which has recently been supplemented by additional analysts and an uplifted technology platform utilising Charles River.

Today, we manage about 15 per cent of our listed assets internally, mainly Australian equities, Australian fixed income and cash. We have Board approval to get to 25 per cent in the next three years but, rather than just meeting targets, quality and sustainability of investment management will always be paramount in my mind

The legacy of SIM means that Rest currently runs over 20 per cent of its total assets in-house. Lill expects to increase this percentage, but also warns the fund is not embarking on a large-scale internalisation of all asset management functions.

“Today, we manage about 15 per cent of our listed assets internally, mainly Australian equities, Australian fixed income and cash. We have Board approval to get to 25 per cent in the next three years but, rather than just meeting targets, quality and sustainability of investment management will always be paramount in my mind,” he says.

“Then on the infrastructure and property side we manage just under half of our assets directly through our investment teams, so all in all we manage more than 20 per cent of our total assets internally, which when you put in context that we’re about $70 billion is quite a large investment operation.

“We’ve been uplifting the systems that operate the internal management and have been working on the implementation of a Charles River system.”

Rest does not have an end goal in mind for its internal investment function, as Lill says this will continue to be a work in progress and will depend on the available people.

“We haven’t gone past our three-year plan,” he says. “We’ve developed the strength and the experience in property, infrastructure, Australian equities, Aussie fixed income and cash. I think the enablers are that we’ll continue to support the faculty with people and continue to build the systems.”

As Rest moved away from an asset consultant model to one where it has a single investment function, the team has adjusted the investment portfolio to have overall fewer third-party managers and embraced for the first time in Rest’s history a small number of select enhanced passive mandates.

“Rationalising the number of managers, I just see that as part of assigning greater assets to those manager mandates where we have greatest conviction particularly as the benefits of scale have increased and, in common with other large asset owners, to leverage those global asset management managers that we see as strategic partners across different asset classes,” Lill says.

The performance test under the Your Future, Your Super reforms has put more emphasis on the sequencing of returns and this means funds are more aware of their performance over short periods of time.

Rest has adjusted to this new reality by reducing the overall active risk budget and individual position size in its dynamic asset allocation process at a total portfolio level, Lill says.

“The biggest change for us at the moment is to be slightly less high conviction in our asset allocation decisions,” he notes.

“We now aggregate our portfolio under eight mega asset classes that are consistent with the Your Future, Your Super asset classes, but we are willing to continue to take lots of active bets within those asset classes.

Rationalising the number of managers, I just see that as part of assigning greater assets to those manager mandates where we have greatest conviction particularly as the benefits of scale have increased and, in common with other large asset owners, to leverage those global asset management managers that we see as strategic partners across different asset classes

“For example, within fixed income we’ve been quite active on changing our duration exposure and our credit exposure within the past six months as market valuations fundamentally changed.

“But over a shorter time period, making strong calls between, let’s say, Australian equities versus global bonds, those calls will probably be moderate in size, because these are the areas where in the short term you can go wrong,” he says.

Lill is not giving up on active management by any stretch of the imagination, he says. On the contrary, he believes that specific active risk management potentially has a greater role to play in the coming years as interest rates continue to normalise, fiscal policy intensifies and policy regime moves to a new paradigm.

“So even with the [Your Future, Your Super performance] test being very index focused, I think there still remains a strong role for active management in the portfolios.”

Another evolution in the influences on the investment portfolio has been Rest’s commitment to 2050 net zero carbon in its portfolio and a transformational change in the focus on environmental issues for the retail industry that employs many of its members.

“We know that our members are typically younger than most in super, and we are cognisant that for these members, the environment, addressing climate change and social issues such as diversity and inclusion are really important,” Lill says.

“To have addressed many of these topics within our portfolio construction and being called out as “Leader” status by the RIAA is really gratifying to me given how quickly these changes have been implemented. I am so fortunate that we have a dedicated investment team who have addressed these issues so quickly without waiting for further guidance,” he says.

Growth or Inflation? That’s The Question Performance Test under Review