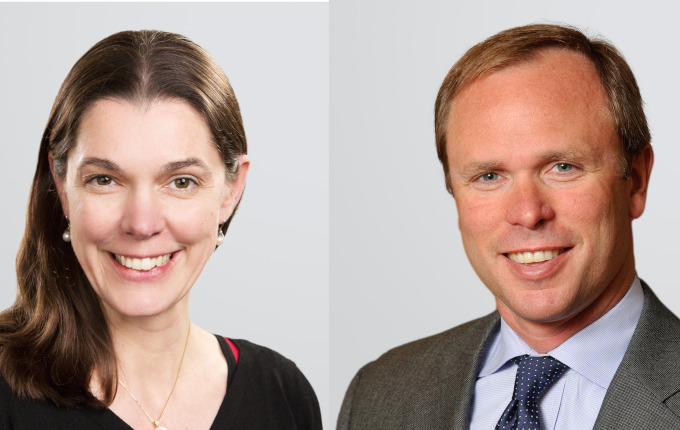 As central banks continue to raise rates, fixed income investors need to make a decision: do they prepare their portfolios for further growth or higher inflation? We speak with Allspring’s Henrietta Pacquement and Thomas Lyons about fixed income in the current environment, the energy transition and the geopolitical turmoil.

Investors in fixed income find themselves in an unusual situation.

But at the same time, yields are approaching levels not seen in many years and bonds are regaining their defensive qualities again.

This puts investors in a difficult position where they have to make a call on the future trajectory of both rates and the economy more broadly.

Do they assume rates will continue to increase, while the general health of the economy remains robust? In this case, investors probably don’t want to ramp up their fixed income allocations too quickly as bond prices are likely to fall even further.

Or do they protect the portfolio against a potential recession, triggered by high rates and inflation? If so, increasing fixed income allocations will offer some protection against a downturn.

What are we more afraid of: inflation or growth? We are likely to see a bit of volatility as these two big drivers fight it out over the summer – Henrietta Pacquement

Henrietta Pacquement, Head of the Global Fixed Income Team at Allspring Global Investments (formerly known as Wells Fargo Asset Management), sums it up this way in an interview with [i3] Insights: “What are we more afraid of: inflation or growth?

“The risks of a recession are probably on balance somewhat higher on the European side than on the US side and this tension is likely to persist in the markets over the summer months when liquidity tends to be lower than in other periods of the year. We are likely to see a bit of volatility as these two big drivers fight it out over the summer.”

Asked which way Pacquement believes the pendulum will swing, she answers that it depends on your investment portfolio and objectives.

“It’s a question of risk budgeting and looking at what you’re comfortable with at this point in time. I would expect a bit of volatility in the markets going forward, so what we’re doing in the portfolios is making sure that we’re focused on the better-quality credits,” she says.

“We are looking for companies that have robust balance sheets, that don’t necessarily need to fund at the moment and that have pricing power.

“We’re being a bit cautious on some of the more cyclical areas of the market and are trying to protect ourselves from the sectors that are going to be more impacted from a recession if we happen to go there.”

She considers it sensible to add exposure to investment-grade debt in order to cushion the portfolio against a recession.

“You have to be more careful once you go down the credit spectrum, because as you go down this spectrum you become more sensitive to growth concerns,” she says.

“Security selection is incredibly important at this point and you have to pick your themes and look for the stronger players in the market, the champions of their sectors. These are the companies that are going to be able to pull through what is likely to be a challenging environment.”

Pacquement sees higher risk of a recession in Europe than in the United States, because in the US pent-up consumer demand post COVID is still fuelling economic growth.

But in Europe the situation is different. The war in Ukraine has pushed up energy and food prices and so Europeans tend to spend their savings on higher prices.

“There is a degree of excess savings [in Europe], as is the case in the US, but in Europe that is actually being spent on higher prices rather than increased consumption,” Pacquement says.

“Taking this into account, I believe that the propensity to grow is less in Europe than it is in the US.

“Again, this means that, at the moment, we prefer the investment-grade side of the sector, given the wider spreads currently available and the extra cushion from a rates perspective.”

In the United Kingdom, Brexit continues to impact the economy, and as the lockdowns of the pandemic become a thing of the past, the true extent of the economic impact of the decision to leave the European Union becomes painfully clear.

The UK has been lucky up until now because COVID has actually masked the effects of Brexit. Unfortunately, it's now coming home to roost a little more as the economy has been opening up – Henrietta Pacquement

“The UK has been lucky up until now because COVID has actually masked the effects of Brexit,” Pacquement says.

“Unfortunately, it’s now coming home to roost a little more as the economy has been opening up.

“The extra friction that Brexit brings is coming into play now and I think that explains why the inflation picture that we’re seeing in the UK is a bit more aggressive than, say, in continental Europe. Again, it’s another contributing factor to a difficult environment.”

For this reason, Pacquement is underweight the consumer discretionary sector in the UK.

“We’re underweight on the consumer side in the UK. That’s where the vulnerability is going to be. On top of this, there are also the energy pressures on consumer balance sheets, which are pretty strong in the UK,” she says.

In a world of increasing rates and higher inflation, Europe is facing additional upheaval from the invasion of Ukraine.

Apart from the lives lost and the humanitarian crisis, the war has also had a significant impact on energy prices. This has laid painfully bare the level of dependence of a number of European countries on gas supply from Russia, especially as they have moved to decarbonise their economies and abandoned coal-fired energy plants.

But Thomas Lyons, Head of Sustainable Investments, Global Fixed Income Research, at Allspring, sees a long-term positive from the energy market dislocation for the move towards net zero 2050.

“Over the longer term, this will drive the move towards both Europe and other parts of the world becoming less dependent on fossil exports from Eastern Europe and Russia,” Lyons says.

“It will take years, but it will happen possibly more quickly than it otherwise might have.”

Energy security has risen to the top of the agenda and as such countries are revisiting their stance on natural gas as an energy source.

“I do think natural gas has an important role to play in Europe. Unlike the United States, Europe does not have an abundance of inexpensive natural gas of its own. It has some in the North Sea, but it has been in decline for some time,” Lyons says.

“I think we should embrace that and support those imports, because it’s going to put Europe in a position to decarbonise more expeditiously than it would otherwise have.”

I do think natural gas has an important role to play in Europe. I think we should embrace that and support those imports, because it's going to put Europe in a position to decarbonise more expeditiously than it would otherwise have – Tom Lyons

Fixed income investors are better able to express their position on issues of energy security, decarbonisation and the role of natural gas than equity investors can, he says, because fixed income securities tend to be more precise in their purpose than common stock is.

“We have the luxury of much greater precision in security selection, whereas a big diversified utility or oil and gas company will just sell shares out of its parent company,” he says.

“In the fixed income markets, you have not only subsidiary issuance, where subsidiaries often correspond to different activities and where some are greener, some are less green, but also you have bonds issued with specific use of proceeds that are contractually required.”

Initially, much of the money that supported decarbonisation and net zero went into the renewables and transportation sectors, but he sees this slowly changing as investors realise decarbonisation and climate change are not just related to energy, but constitute a broad spectrum of societal risks too.

“Renewables and transportation are only part of the climate problem. Of course, food, agriculture, real estate and many other parts of the economy have to be pretty much restructured to achieve net zero and they deserve more attention and money from investors,” he says.

The problem of climate change needs a more holistic approach, he argues, and includes many areas outside of energy generation, including biodiversity, sustainable development and social factors, such as solving hunger and increasing wealth per capita in the poorest countries in the world.

Inevitably, this means investors will need to effect change in emerging markets, rather than just among developed-market companies.

“The bottom line is that emerging market solutions are critical to any global solution when it comes to climate and other sustainability factors. And if we don’t address emerging markets deliberately, then we’re not going to solve the climate question, let alone many of the social objectives that we all think so much about,” Lyons says.

As the world’s population continues to grow, we need to not only reduce existing emissions, but also avoid those of future generations.

“What is involved here is the development of policy where we talk about increasing agricultural yields on a fixed amount of acreage, we’re talking about leapfrogging traditional fossil fuel-based industries with renewables, all with a focus on emerging markets,” Lyons says.

This article is sponsored by Allspring Global Investments. As such, the sponsor may suggest topics for consideration, but the Investment Innovation Institute [i3] will have final control over the content.