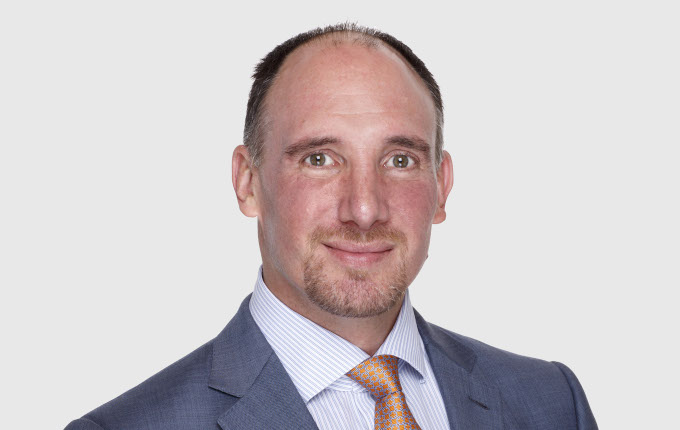 The energy transition will take longer than expected and add to long-term inflationary pressures, such as the deglobalisation of supply chains, ClearBridge’s Nick Langley says. But it will also propel growth in the infrastructure sector.

The coronavirus pandemic has made it painfully clear the globalisation of supply chains has come at a cost. The just-in-time nature of these supply chains meant they were vulnerable to disruption and when lockdowns were implemented around the world, many came to a grinding halt.

Companies are no longer willing to be exposed to such vulnerabilities and are looking to bring warehousing and, to a degree, manufacturing closer to their customer bases.

This deglobalisation of supply chains means governments and corporates alike will now need to rebuild local infrastructure networks, Nick Langley, Co-founder and Senior Portfolio Manager at ClearBridge, a manager of listed infrastructure assets formerly known as RARE Infrastructure, says in an interview with [i3] Insights.

The transport sector multiples are flat compared to pre-COVID when adjusted for the earnings lost through the pandemic. But looking forward, we are likely to see a higher growth profile of earnings on the infrastructure side of the ledger

“With transport infrastructure, as we look forward, the biggest driver here is this push to deglobalise economies and that is going to result in a realignment of supply chains from global to regional or local-based supply chains,” Langley says.

“The transport sector multiples are flat compared to pre-COVID when adjusted for the earnings lost through the pandemic. But looking forward, we are likely to see a higher growth profile of earnings on the infrastructure side of the ledger.”

The deglobalisation of supply chains will put further pressure on inflation, which is already expected to increase significantly. In Australia, for example, the Reserve Bank has estimated inflation will reach 7 per cent by the end of the year.

Langley says that although demographics and technology will ease some of the inflationary pressures, the capital that is required to build local infrastructure networks will affect the prices of goods and services.

“When you look over the last 30 years, there has been a lot of conjecture about what has driven inflation and bond yields to these very low levels, but at the very least demographics, technology and the globalisation of supply chains have been driving inflation down,” he says.

“Demographics and technology will still be there as a force of downward pressure on inflation, but the supply chain one is going to reverse. Our view is that this is going to add to inflation over the coming years.

Another long-term inflationary pressure is what Langley calls climate inflation. The transition to clean energy will require a lot of investment over a long period of time, much longer than most people think, he says.

“Climate inflation is a term we’ve used a lot in the last 12 months. As we transition our energy sources, we are going to see a substantial increase in the amount of investment required, particularly by electric companies, but generally by utility companies,” he says.

“Just to put that in context, the International Energy Agency, in their net-zero report last year, indicated that they expect annual capital expenditure across the power sector to increase from US$760 billion in 2019 to more than US$2.5 trillion a year by 2030.

“That was before our little inflation spike, so I would imagine that number is going to be well over US$3 trillion by the time they publish next.

“We think that inflation for the next 10 years at least, probably longer, will be quite a lot higher than it has been over the last 10 years.”

The projections of higher capital expenditure are not based on the modelling of hypothetical demand drivers, they are partly based on filings by companies of their projected capital spend in the coming years.

We think that inflation for the next 10 years at least, probably longer, will be quite a lot higher than it has been over the last 10 years

Langley says you can already see the uptick in planned spending in these filings.

“Most of our [portfolio] companies are filing five, 10 or sometimes 20-year capital expenditure plans and what we have seen in the forward-looking plans is a substantial increase in the amount of capital to be spent,” he says.

“It is being driven by renewables, obviously, but also by investments in electric vehicle charging infrastructure. Every two additional electric vehicles on the road is the equivalent of adding one household worth of electricity. That is the load that the vehicles draw off the network to recharge the batteries.

“What that means is that the capacity of the network needs to be substantially increased. These are the poles and wires, the transformers and everything else on the streets. That is going to require a substantial investment for these utilities and flow through to utility bills.”

Apart from sheer capacity, utility companies will also need to invest in expanding the existing grid. Renewable sources of energy are often far removed from residential areas and to get the electricity to households means further investment in energy distribution and transmission.

Langley refers to a study by Princeton University from October 2021, which estimates that in order to achieve net zero by 2050, the United States will need to expand high-voltage electricity transmission capacity by 60 per cent by 2030 and may need to triple it by 2050.

“That requires an enormous capital spend, so all of that then feeds into the growth of the underlying asset base,” he says.

“Remember, infrastructure companies are earning a regulated return on those underlying assets and that’s one of the reasons why we’ve seen over the last decade this growth in utilities move from the four to five per cent range to the eight to 10 per cent range.

“What we will see is the whole sector moving up to that higher rate of capital spend as we really get into the energy transition. And it is our view that the energy transition is going to take a whole lot longer than everybody expects and so higher growth rates will likely continue for 15 to 20 years.”

The higher levels of growth, combined with infrastructure companies’ ability to pass through inflation, puts them in a good position facing the energy transition. But the regulated nature of the industry also means the sector is unlikely to see sky-high valuations.

“When you look at both utilities and other infrastructure companies, they have traded in the same range in terms of earnings multiples for the last 10 years in the listed markets and so what that says to us is that the valuations of the underlying assets are not expensive today,” Langley says.

“As these companies are growing their asset bases at a higher rate and assuming that the regulated returns are relatively steady – which they have been in the past and we expect them to be in the future – then the rate of earnings growth, cash flows and the rate of dividend growth increase as well.”

A key risk the infrastructure industry faces from the energy transition is that of stranded assets. Examples of stranded assets are increasingly frequent. Only last month, BHP announced it would run down New South Wales’ largest coal mine after it failed to find a buyer for the asset.

Langley sees a particularly high risk of stranded assets in electric transmission lines that come out of large coal-fired plants as more of these energy generators will close down over the years, in addition to certain pipelines that can’t be repurposed. But he also points out much of the cost of stranded assets in the infrastructure sector will be borne by households, which ultimately will add to inflation.

Regulators agree with infrastructure companies on long-term capital expenditure programs and set a rate of return for investors over long periods of time. If a government decides to close a coal-fired power plant early, it is often still subject to the terms of the initial agreement with the company.

He illustrates this point at the hand of US-based company CMS Energy.

Net-net emissions are reducing because coal is very dirty, but it is just that households are now paying for the coal plant that's been shut down, for the renewable energy and for the gas turbine as a back-up. That's where some of the climate inflation comes in

“CMS Energy has coal-fired plants which were due to be switched off in 2031 and 2039. Instead, they’re going to close them in 2025. At that point in time, there will still be US$1.2 billion of book value in those assets and they will continue to earn a return on this US$1.2 billion as if the plant had not been shut down,” he says.

“In addition, that energy [that will not be generated after shutting down the plant] will need to be replaced, so they are going to build renewable energy generators to replace the coal-fired plant.

“And because they’re building renewables, which often have intermittent power, they will also need to build some gas-fired turbines to ensure stability on the grid.

“Net-net emissions are reducing because coal is very dirty, but it is just that households are now paying for the coal plant that’s been shut down, for the renewable energy and for the gas turbine as a back-up.

“That’s where some of the climate inflation comes in.”

This article is sponsored by ClearBridge Investments. As such, the sponsor may suggest topics for consideration, but the Investment Innovation Institute [i3] will have final control over the content.