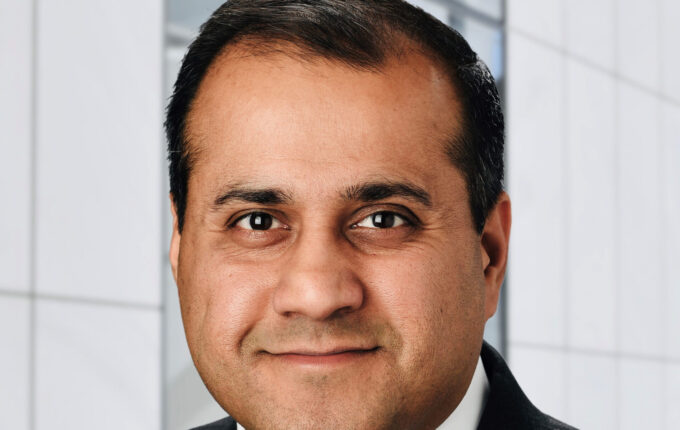 Real assets have long been known to form a hedge against inflation and growth shocks. But not all real assets protect to the same degree, and investors now have climate change to worry about, PGIM’s Harsh Parikh says.

Investors have been keeping a wary eye on inflation and for good reason.

Initially, inflation rose due to supply chain issues stemming from the coronavirus pandemic and more recently from disruption in energy markets because of the invasion of Ukraine.

But inflationary pressures are becoming more entrenched and widespread, for example, in the United States, not only the cost of renting and food have increased sharply, but wage growth also has started to come into play as labour markets are tightening significantly.

This could set off a much dreaded wage-price spiral, where rising wages drive companies to raise prices, which then causes workers to demand higher pay to keep up with inflation. This vicious cycle was one of the key drivers behind the record inflation levels seen in the 1970s.

Investors often look to real assets as a defender against inflation, as many of these assets produce an inflation-linked income stream, such as rents or toll road fees.

But Harsh Parikh, Head of the IAS Real Assets Research Program at PGIM, says investors can significantly improve their allocations to real assets by analysing the inflation and growth betas of the various sectors within the real asset class.

For example, energy and commodity assets increased by 60.7 per cent last year, while real estate debt only increased by 1.9 per cent.

Parikh points out that an inflation-protected portfolio tends to have higher allocations to commodities, natural resources, timberland and real estate investment trusts (REITs), while a portfolio that protects against low growth in the economy includes higher allocations to Treasury inflation-protected securities (TIPS), real estate debt, gold and farmland, with TIPS having the highest allocation in such a portfolio.

But today, institutional investors need to balance their efforts to hedge inflation with the demands of moving towards low-carbon portfolios as increasingly more investors commit to net-zero targets by 2050.

Parikh says it helps to look at the various sectors in a more granular fashion.

“And these also have higher inflation betas and they even do well in stagflation-like environments, so it would really depend on the investment policy statement and the type of assets a particular CIO (Chief Investment Officer) wants to include,” he says.

“Another option is customising commodity benchmarks. We have done this for a few clients, where they wanted to reduce exposure to certain sectors. By applying sensitivity analysis we can come up with a bespoke benchmark in line with the parameters that the investor provided.”

Some investors are also contemplating scenarios where the global economy becomes stagflationary, combining high levels of inflation with low economic growth. In this case, investors will need to combine elements of both approaches, reducing their exposure to growth-style assets while increasing it to inflation-protected assets.

It is really a relative game that we are talking about,” Parikh says. “But regardless, our analysis shows that even over a three-year horizon gold, farmland, TIPS have negative growth [betas] and positive betas to inflation

However, given the strong headwinds investors face during stagflationary periods, expectations need to be managed in terms of how much protection one can expect from such an allocation.

“It is really a relative game that we are talking about. But regardless, our analysis shows that even over a three-year horizon gold, farmland and TIPS have negative growth [betas] and positive betas to inflation,” Parikh says.

“If you look at the two months during [the start of] COVID in the US, gold was up 1.8 percent whereas equities were down approximately 18 per cent.

“So, you put them together and they would be doing better in a stagflation environment [compared to a traditional real asset portfolio].

“Ultimately, there is uncertainty around everything, even the performance, and so when constructing portfolios as a CIO you very much want to account for that uncertainty,” he says.

Many institutional investors have also been contemplating the role gold can play both as an inflation hedge and as a hedge during economic slowdowns.

But Parikh says there are nuances around the ability of gold to hedge depending on the time horizon investors take in their investment strategy. Gold’s correlations with individual asset classes, inflation and growth betas tend to vary across time horizons.

Parikh says the best way to approach gold is to look at its performance relative to the US dollar and changes in the Federal funds rate – the target interest rate at which the US Federal Reserve suggests commercial banks can borrow and lend their excess reserves to each other.

“Gold is a very dynamic asset and so it could actually be a ‘horse for every course’, so to speak,” he says. “What we have found is that gold has found a place in commodity portfolios and in commodity benchmarks, so institutional investors have been allocating to it [as part of a broader commodities allocation].

“But we argue that it might have a place on its own, given its safe haven and inflation protection properties.

“We did an analysis of VIX spike events and we looked at 15 big spike events going back to the seventies. And gold, on average, performed better than equities during these spike events.

“Even post-spike, for the next 21 months the average cumulative returns of gold and gold mining equities were better than equities.

“Gold has this positive reaction to changes in the Fed funds rate, so if a CIO is worried about inflation protection, but at the same time is worried about the Fed rising rates, then gold may do better in this scenario,” Parikh says.

This article is sponsored by PGIM. As such, the sponsor may suggest topics for consideration, but the Investment Innovation Institute [i3] will have final control over the content.

We Need To Talk About ESG Spirit Super – Managing Risk, Challenging the Future