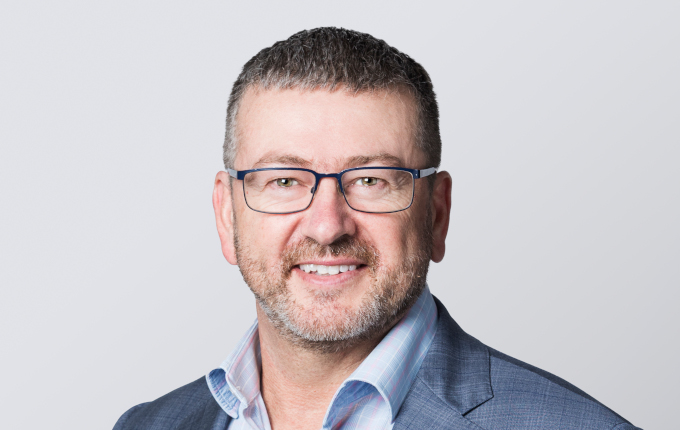 Merely a year after the completion of the merger between Tasplan and MTAA, Spirit Super is already reaping the benefits of its larger scale in its real asset investments, Florence Chong writes.

It is less than a year-old, but youthfulness has not deterred the newly-rebranded Spirit Super from committing close to $1 billion to two of its largest investments yet in property and infrastructure.

Spirit Super bought Parliament Square in Hobart for $330 million just before Christmas 2021, and immediately followed with an agreement to buy a 51 per cent stake in the Port of Geelong for around $612 million.

The Hobart and Geelong deals are a large bite indeed for a single super fund, let alone one of modest means like Spirit Super, which has AUM totalling just $26 billion.

Ross Barry, Chief Investment Officer of Spirit Super, told [i3] Insights the deals would not have been possible if not for the combined resources of the new entity – merged from the former MTAA Super, which managed $13 billion, and Tasplan, with $10 billion in April last year.

The merger ... allowed us to operate at a level where we could generate significant benefits of scale for our members and have the ability to invest directly in an asset like GeelongPort. This was not something we could have done as MTAA or as Tasplan

“The merger had two key benefits in this respect,” Barry says. “One, it allowed us to operate at a level where we could generate significant benefits of scale for our members and have the ability to invest directly in an asset like GeelongPort. This was not something we could have done as MTAA or as Tasplan.

“Secondly, our size now allows us to evolve our internal capability to do work that we couldn’t have contemplated in either of the legacy funds.”

Barry says the timing of the two large acquisitions so soon after the merger was purely coincidental.

“They are very compelling assets which just happened to come up simultaneously,” he says. “In the case of Parliament Square, there was a high-quality counterparty in the state government, and, similarly, GeelongPort is a high-quality core infrastructure asset.

“We have a couple of key themes that we like to overlay on our due diligence when acquiring assets: to invest in regional Australia and in rebuilding Australia’s manufacturing base,” he says.

“Both Parliament Square and Geelong Port have strong job creation within their communities.”

Parliament Square will have about 26,000 sqm of lettable space. The bulk of the space (around 17,300 sqm) is in two office towers, including the Salamanca Building, which are now completed and occupied by state government departments under a 30-year lease.

The mixed-use complex includes a 152-room, world-class hotel, The Tasman, which will be managed by Marriott on a 15-year pre-commitment. Retail outlets overlooking Murray Street Pier and Sullivans Cove are poised to complement the dockside tourist precinct in downtown Hobart.

GeelongPort is a large, independent landlord port, its current $30 million annual profit set to double by financial year 2023 before hitting $180 million by the end of the decade, according to sales information documents made available to prospective buyers.

It is the sixth largest in Australia and handles goods worth more than $7 billion, mostly bulk commodities, each year.

Proposed purchase of the port is currently under review by the Australian Competition & Consumer Commission (ACCC), which says the buying consortium, including the Commonwealth Superannuation Corporation and Palisade’s Diversified Infrastructure Fund, have interests in other diversified bulk commodity ports in the region.

Spirit Super itself has a minority interest in Flinders Ports, which owns and operates seven ports across South Australia. Barry says the super fund and its partners are confident of receiving ACCC approval to close the GeelongPort deal.

Real Assets and private equity account for 25 per cent of Spirit Super’s assets under management. Of that, infrastructure (boosted by the pending purchase of GeelongPort) represents 10-11 per cent, property 9 per cent and private equity 5-6 per cent.

Asked if the fund is intending to invest further in real assets, Barry tells [i3] Insights: “We are pretty fully allocated, but we have the agility to recycle capital where it makes sense.”

“We work with a number of ‘prime managers’, who source and assess opportunities and put deals to us. They manage multiple assets for us across the platform.”

On future real asset investments: We are pretty fully allocated, but we have the agility to recycle capital where it makes sense

Barry says another approach is to invest in comingled funds. Spirit Super is invested in funds managed by leading property companies such as Charter Hall, Lendlease and IFM.

“We are not really prescriptive about which model. It really comes down to where we have the capability – and how compelling the opportunity is. We want to deliver excellent returns to members, but we need to do that with the most suitable governance model and in the most cost-effective way.”

Barry says ‘a certain percentage of our assets’ is committed to a couple of thematics under Spirit Super’s impact investing umbrella. This covers investments to rebuild Australia’s manufacturing base and supply chains.

One example is Spirit Super’s investment in the Victoria Growth Fund, a dedicated impact investing strategy. This fund has made several investments.

“Impact investments must have a compelling reward-for-risk proposition in their own right. But, when originating assets, we try to ensure that we are looking at things that are most impactful and bring strong social benefits to the (local) community,” he says.

About 30 per cent of the fund’s private market portfolio is offshore, but given its smaller size, Barry says, there is no imperative to step up offshore investment.

He would prefer to invest in his own backyard, where the fund can have better insight of the market and oversight of the assets.

In the past decade, and particularly in the last 12 to 18 months, real assets and private equity have contributed strongly to the fund’s overall returns, he says.

Spirit Super recently sold a joint investment, Instaclustr, a Canberra-based data company, to US company NetApp, reportedly for $US500 million. Barry declines to comment on the price, except to say: “We are a significant shareholder in Instaclustr.”

The future, however, is challenging, clouded with uncertainty and increasing volatility, Barry says. Inflation is rising and so are interest rates.

“The first thing I would say on interest rates is that we have been anticipating rates to rise since late last year,” he says.

There was enough evidence of continued supply chain disruptions, impact from COVID-19 and pandemic stimulus to cause inflation to pick up.

“So late last year we repositioned and de-risked our portfolio. We wanted to be in a position of strength going into this year. Part of our strategy has been to look at the real asset space, property and infrastructure, which has strong inflation-linked revenue streams. Typically, rentals from commercial buildings and infrastructure assets are CPI-indexed. Barry says:

“You can have some contractual terms with property and infrastructure which have CPI-based escalation in rental or revenues. It is comforting, but we don’t take it for granted because, in very severe recessionary environment, some of those assets can become unaffordable for the tenants.”

He says it is important to focus on high-quality assets and to take the relationship management with tenants seriously. In short, be an excellent landlord.

There is often nowhere to hide from higher inflation and higher interest rates. It adversely affects all asset classes, and it is very challenging for managing a diversified portfolio

“There is often nowhere to hide from higher inflation and higher interest rates. It adversely affects all asset classes, and it is very challenging for managing a diversified portfolio.”

Barry, a 25-year veteran of the institutional investment industry, says the war in Ukraine has added a new layer of concern.

“We have been watching that with a weather eye. The war has compounded our concerns around global inflation, particularly in resources and other commodities, so things are a little gloomy.”

But not all is gloom and doom, he adds. There will be emerging opportunities too.

“Some assets will be repriced, and pockets of distress might appear in some sectors over the next year or two. We are seeing it in the tech sector in the US.

“Our job is to manage the risk and keep an eye out for some of those emerging opportunities.”