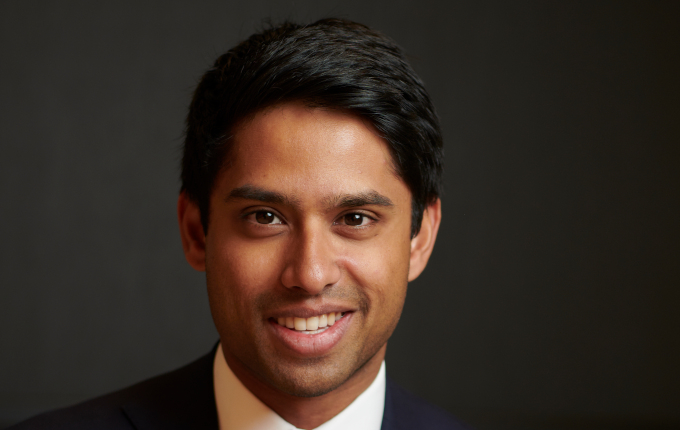 Listed markets are facing some strong headwinds, but by applying proactive engagement with companies investors can realise significant returns over the long term, Tanarra’s Vidhur Rangaswamy says. The current energy transition might provide a key opportunity in this regard.

A combination of ultra-low interest rates and depressed prices, partly due to the pandemic, have seen a disproportionate number of listed Australian companies being taken private.

The $30 billion bid for Ramsay Health Care by a consortium of investors led by US private equity firm KKR is probably the most high-profile example of this, but AusNet Services, Vocus Group and Spark Infrastructure have all followed the same route.

Vidhur Rangaswamy, Portfolio Manager at Tanarra, warns that the move to delisting companies could lead to a hollowing-out of public markets.

“Our belief is that Australians are losing the ability to own some of the highest quality companies in the country,” he says in an interview with [i3] Insights. “Especially, through the COVID pandemic we’ve seen companies being bought quite opportunistically on the cheap, at a point where their fortunes are temporarily depressed.”

Partly this is due to the external environment, where low interest rates have prompted private equity firms to raise the level of leverage in companies.

“Private equity and infrastructure funds are willing to acquire companies with materially higher levels of debt, as compared to when these companies were listed,” he says.

“So we are starting from a point where many of these companies are undergeared and private equity is able to use its financial engineering to take advantage of some of these suboptimal capital structures” Rangaswamy says.

Besides the economic conditions, listed companies also face challenges from the high level of scrutiny that they face as public entities. This has resulted in a culture of conservatism, where innovation and risk taking is discouraged.

“In Australia, the public company environment is not always conducive to creating shareholder value. It is very difficult to be a public company director and manage the regulatory and reputational risks that it entails,” he says.

“There is almost a no-mistake culture, where directors of companies who make mistakes are punished excessively and excoriated by the media.

“It creates an environment of conservatism where it is difficult to make bold calls. For example, as a publicly listed company it is hard to make decisions that will deliver long-term success but will take the company backwards in the short-term” Rangaswamy says.

The Demerger of Tabcorp

For long term investors, these dynamics hinder the creation of shareholder value and Rangaswamy and his team, therefore, focus heavily on engagement with companies to get them to adjust their long term strategies to be more inline with shareholder interests.

For example, Tanarra was an outspoken advocate for the demerger of Tabcorp, which became effective on 23 May this year. The demerger saw Tabcorp split out its lottery business under the name The Lottery Corporation, while its wagering business, including sports betting, continued under the Tabcorp name.

“We acquired our shareholding in Tabcorp as we could see a lot of upside in separating the lotteries and wagering businesses” Rangaswamy says.

“The demerger has created a lot of value for shareholders, but more importantly both companies are now liberated to pursue independent growth strategies,” he says.

One of the key issues was that Tabcorp’s wagering business had been facing stiff competition in recent years from international operators, who have made use of the favourable commission and tax structures in the Northern Territory to run online gambling business, attracting customers from all over Australia.

“Like many other industries, Tabcorp has found itself disrupted by digitally native operators. Additionally, Tabcorp’s existing concession structures, where significant fees are paid to local racing authorities and state governments, has put them at a significant margin disadvantage.

Like many other industries, Tabcorp has found itself disrupted by digitally native operators. Additionally, Tabcorp’s existing concession structures, where significant fees are paid to local racing authorities and state governments, has put them at a significant margin disadvantage

“COVID really put that to light when the level of online betting exploded and Tabcorp lost market share at a faster rate. Tabcorp has been slow to react for over a decade but the pandemic really exacerbated the company’s structural headwinds” Rangaswamy says.

While Tabcorp had a near monopoly on the market in the 1990s and 2000s, capturing about 80 per cent of the market, its market share has fallen to below 30 per cent today. But the demerger now allows Tabcorp to concentrate its efforts on renegotiating its concessions and digitalising the business.

“Tabcorp now has the opportunity to reset the economic terms of its state-based wagering concessions” Rangaswamy says. “Last week, it did so with the Queensland government and racing authority. It looks like all operators will face the same fee burden and Tabcorp, in Queensland, will finally be on an equal footing with its competitiors.

“With the Victorian concession up for renewal there is another opportunity to acknowledge that the current licence structure is not fit for purpose. WA is in the process of privatising its TAB and New South Wales and South Australia will probably look to reset their concessions over time as well,” he says.

Tabcorp also has some catching up to do in terms of customer experience, he says, as it still operates legacy systems that make client onboarding, betting, and moving money in and out of the system quite cumbersome.

“It is one thing to have an equal playing field, but it is another to have an attractive customer value proposition. At the moment, the customer experience with Tabcorp is poor and materially lags other operators like Sportsbet and Ladbrokes” he says.

The demerger is in many ways a great outcome for shareholders, but it is really just the beginning of the journey, Rangaswamy says.

“This is just the start. Shareholders now own a standalone lottery business, which is probably one of the highest quality businesses in Australia. It has some very attractive growth opportunities available to it too.

“And then there’s the Tabcorp wagering business which is challenged, but its difficulties are excessively factored into the current valuation. Demerged, it can be much more focused on turning itself around,” he says.

Tanarra’s key strength in engagement has made the team realise they can play an important role in the current energy transition and help companies transition to a low-carbon world. The firm hasn’t made any investments in this space yet, but is currently conducting extensive research in this space to identify opportunities.

“We are shareholder value focused, but over the long-term shareholder value outcomes will inextricably be linked to ESG outcomes. There is an opportunity to invest in companies that are currently viewed as carbon sin stocks, that can transition successfully using cash flows from legacy operations. ” Rangaswamy says.

“It’s a focus for us, but we also need stable and clear government policy. It is very difficult to make long term capital allocation bets in this sector if government policy keeps changing on you,” he says.

The recent shareholder activism around AGL and the successful attempt by Mike Cannon-Brookes, co-founder and CEO of Atlassian Software Systems, to prevent a demerger of the company has become a key example of the risks involved in ignoring the energy transition.

Rangaswamy isn’t invested in AGL, but has followed the recent developments with interest.

We are shareholder value focused, but over the long-term shareholder value outcomes will inextricably be linked to ESG outcomes. There is an opportunity to invest in companies that are currently viewed as carbon sin stocks, that can transition successfully using cash flows from legacy operations

“We broadly think that keeping AGL together is better for shareholders and better for the transition that the company needs to make,” he says. “Whilst we sat on the sidelines, we did feel that the demerger probably wasn’t in the long term interest of shareholders.

“Some of these ageing coal plants, while volatile and unpredictable, will be significantly profitable over the next few years as more and more coal generation is taken out of the market,.

“We think there is a tremendous opportunity, not just for AGL, but for Australian companies overall to redeploy capital into energy transition opportunities that aid the decarbonisation needed in this country. Our focus is finding companies that can do this in a shareholder friendly way.” he says.

This article is sponsored by Tanarra. As such, the sponsor may suggest topics for consideration, but the Investment Innovation Institute [i3] will have final control over the content.