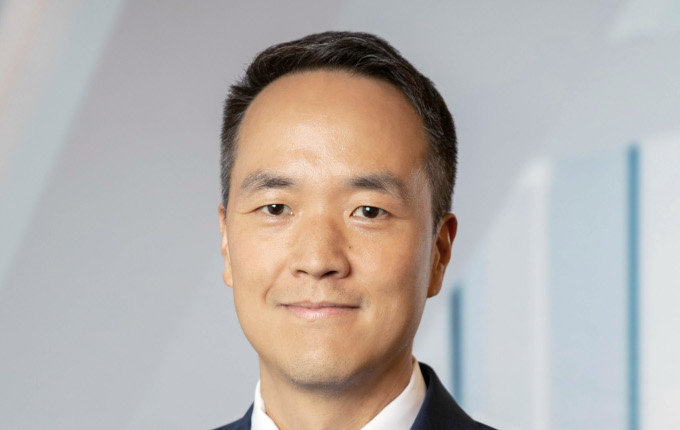 Retail and hotels have been some of the most heavily affected commercial real estate assets during the pandemic. But whereas retail looks structurally challenged, the downturn in hotels has provided an opportunity, PIMCO says.

The global coronavirus pandemic has affected many investment markets in the past year and a half and commercial real estate is no exception.

In particular, retail and hotel assets were affected as widespread lockdowns kept people at home and travel fell to record low levels.

But whereas retail faces more structural challenges from e-commerce and oversupply, which were already playing out long before the pandemic hit, hotel assets experienced a more temporary headwind, Devin Chen, Head of Commercial Real Estate Strategy at PIMCO, says in an interview with [i3] Insights.

“There was very limited transaction activity throughout 2020 and fundamentals for certain asset classes were significantly impaired, in particular for hotel assets. The metric we use, revenue per available room (RevPAR), was down more than 50 per cent for the hotel market for most of 2020, which means the properties are losing money in most cases,” Chen says.

Even though a lot of damage has been done, since the start of the pandemic we’ve held this view that the hotel sector does not have this structural challenge that the retail sector has, so we expect the performance to eventually get back to pre-COVID levels

“Even though a lot of damage has been done, since the start of the pandemic we’ve held this view that the hotel sector does not have this structural challenge that the retail sector has, so we expect the performance to eventually get back to pre-COVID levels.”

This view led PIMCO to believe there were selective opportunities in the sector and since March last year, Chen and his team have deployed over US$6 billion in the broader lodging sector, which includes hotel assets.

“The different sub-sectors of the lodging sector will recover along different timelines. It is going to be led by leisure demand, which we’ve already seen pick up, and then eventually business demand and group travel,” Chen says.

“But holistically, we believe hotels can get back to pre-COVID RevPAR levels by 2023-24. We think that is a realistic time frame, and so this is a sector that we have been very active in, but very selective as well.”

As the pandemic unfolded across the world in March last year, business travel practically evaporated, which in turn affected hotel occupancy rates.

Some market observers argue business travel will remain structurally affected as more people have become comfortable with videoconferencing, while at the same time it has become a more accepted form of communication in businesses.

While Chen acknowledges the shift towards a greater use of internet-based communication will have long term effects on certain types of business travel, he thinks business travel can still get back to pre-pandemic levels if the economy continues to expand.

“Our view is that if the overall growth of the economy continues on its trajectory, even if you have some structural impairment, it could be offset by the growth of business activity.”

Besides, there are other drivers that will help revenue levels in the hotel sector recover, he says. Demand is one side of the coin, but supply is the other side and is equally important.

We are in an environment where new supply will be quite constrained. There are not too many hotels that are being built in this environment and some existing stock becomes obsolete

“We are in an environment where new supply will be quite constrained. There are not too many hotels that are being built in this environment and some existing stock becomes obsolete,” Chen says.

In the United States, New York City is generally regarded as one of the most challenging markets for hotels and the expectation is a number of hotels will simply disappear through repurposing. This will also help in the recovery of revenues.

“With existing inventory potentially declining, coupled with the potential growth of the economy over the coming years, I think we can see a scenario where you get back to pre-COVID levels,” Chen says.

“Markets like New York City and San Francisco, which attract significant business transient travel demand, are going to take longer to recover and you have to price those assets accordingly.

“But we’ve already started to see a pick-up in business transient travel. It is on an upwards trajectory and we are expect that to continue as workers return to the office.”

In October last year, PIMCO announced the start of a partnership with Allianz Real Estate, creating a real estate platform of more than US$190 billion across all sectors and asset classes, straddling both debt and equity and both listed and private assets.

Chen describes the partnership as a move that has seen investment teams get bigger, knowledge expanding and relationships broadening.

With such a broad platform, the team saw the pandemic affect different areas of the market in different ways. Early signs of how the virus would affect markets were seen in the listed real estate market and then the impact spread to unlisted assets.

“It is almost as if an entire cycle played out in a year and a half. The market was severely disrupted back in March and April last year at the start of the pandemic. Public real estate debt and equity sold off sharply, including CMBS (commercial mortgage-backed securities).

“Certain segments of the CMBS market are financed by repo financing and when spreads started to widen as a result of concerns around COVID, it had this domino effect. Spreads widened and repo lenders started to issue margin calls to investors, who then had to sell their positions and that led to more spread widening.”

“It is almost as if an entire cycle played out in a year and a half. The market was severely disrupted back in March and April last year at the start of the pandemic. Public real estate debt and equity sold off sharply, including CMBS

But whereas the public markets were sharply impacted, the damage to the private sector took longer to play out.

“That public sharp decline lasted probably about a month and since then it started to shift into the private markets, which didn’t have the initial price discovery that you had on the public side,” Chen says.

“But lenders on the private side were more accommodating than on the public side because of having the benefit of the GFC, the hindsight of how it played out afterwards. Most lenders were less inclined to sell at distressed levels and take losses. They recognised that this wasn’t the result of over-leverage; it was a pandemic, a health crisis.

“There has been some distress, but perhaps not as much as you would think given what happened in the public markets and the impact the pandemic has had on the overall economy,” he says.

Although distress levels remained contained, there were still some selective opportunities that the team uncovered. A key one was found on the debt side of the commercial real estate sector.

“There was a US$800 million loan pool earlier this year that was sold by a large European bank and we bought some loans out of that loan pool. The bank needed to demonstrate liquidity, so we were able to buy some loans at a very attractive level,” Chen says.

In February this year, PIMCO acquired part of a portfolio of sub-performing commercial real estate loans from a large global bank. It was one of the largest loan pools to come up for sale since the COVID-19 pandemic started.

“We also transacted with REITs that needed liquidity. So there has been some distress, but it has manifested itself in different ways,” Chen says.

What was more remarkable than the levels of distress was the sheer number of special situation investments that were offered during the pandemic as companies sought additional liquidity.

“Those are more structured deals that look like debt but often have equity characteristics. They are lower in the capital structure,” Chen says.

“Essentially, they are capital infusions that allow the real estate investor to keep their capital structure in place. It is a liquidity infusion and it comes at a cost, but provides them time to ride out the storm.

“We have been active there as well.”

MAS: Walking the Talk From Public to Private with Aware Super