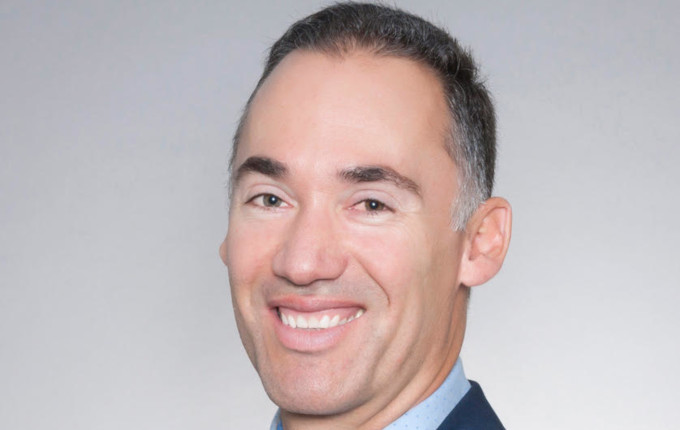 It is not often that an Australian superannuation fund tries to take a publicly listed company private, but that is exactly what Aware Super tried to do in the midst of the coronavirus pandemic, Florence Chong writes.

Aware Super caused a smattering of consternation – but mostly surprise – in Australian markets last September when it announced an A$600 million takeover offer for listed telecommunications company, OptiComm.

Surprise stemmed from the fact that it was the first time a superannuation fund on its own had stepped out of private markets into the public arena in search of assets.

In subsequent weeks, Aware Super found itself in a bidding war with Uniti, which had some common shareholders with OptiComm. In the event, Uniti was prepared to pay more than Aware Super thought was appropriate, and won the race.

But lessons were learned.

The OptiComm experience paved the way for Aware Super’s partnership with Macquarie Infrastructure and Real Assets (MIRA), part of Macquarie Group, to successfully bid for the much larger Vocus, a company delivering high-speed internet access to the cloud and content around Australia.

Vocus shareholders voted in June to accept a $3.5 billion bid from MIRA and the super fund. The company, which is Australia’s fourth-biggest telecommunications player, has now been delisted and taken private.

It was Hector and his team who framed the strategies to grow the $150-billion super fund’s infrastructure and real assets portfolio.

Reflecting on the OptiComm experience, Hector says: “It was a key enabler in helping position us for success on the Vocus deal.”

Although Vocus operates in a different part of the fibre market, Hector says the work his team had done preparing to bid for OptiComm laid the groundwork for the Vocus bid.

In the wake of a global digitalisation explosion, “certain technology infrastructure sub-sectors, such as data centres, have become well understood, with very high valuations”, says Hector.

For this reason, the Aware Super team maintained a broader lens on the digital infrastructure opportunity set, continuing to screen adjacent sectors.

Such assets are not usually held in the private markets, with the most obvious players listed on the Australian Securities Exchange.

In the middle of COVID, we tried to be the first super fund in Australia to buy 100 per cent of an ASX-listed company: OptiComm – Mark Hector

“In the middle of COVID, we tried to be the first super fund in Australia to buy 100 per cent of an ASX-listed company: OptiComm,” says Hector.

“At the time, the rationale for the OptiComm bid was fundamental mispricing. It was felt Uniti was getting OptiComm far too cheaply with respect to its strong, stable infrastructure qualities.”

The deal played out over a few months. “Uniti did raise more capital to fight hard for the company, and we lost,” says Hector. “We had to be disciplined, walking away once it got to a certain price.”

Damien Webb, who was recently promoted to Deputy Chief Investment Officer of Aware Super, tells [i3] Insights: “Our interest in the digital infrastructure space is long-standing. We have been interested in towers for quite some time.”

Back in 2015, Aware Super, then known as First State Super, was part of a consortium, including Australia’s Future Fund, bidding for Crown Castle Towers, then Australia’s largest independent owner of mobile communications infrastructure.

The consortium, led by Morrison & Co, lost that deal to MIRA, which offered around $2 billion for the company.

A ‘take private’ approach, while not new, is an emerging and highly-targeted part of the fund’s strategy in an increasingly-crowded market for good assets. Aware Super was previously part of a consortium looking to acquire and delist the lotteries business of the Tatts Group.

“We spent a lot of time in the private market, but in recent years we have been looking selectively at the option of taking a public company private where we can see value-add opportunities,” says Hector.

Asked if Vocus will be followed by another acquisition, Hector says: “Vocus is a substantial transaction for us. There is no immediate requirement to continue to build up the portfolio with more telco data assets.”

He adds: “Having said that, COVID has definitely highlighted the benefits and strengths of the technology sector – the data centres, fibre opportunities and mobile towers.

“We are interested in looking at future selective opportunities. Right now, however, the focus is bedding down Vocus.”

Hector sees renewable energy as another increasingly-crowded sector. Big prices are being paid for assets as institutional investors, including pension funds, bid for them – precisely for the same reason. They are also ‘must have’ assets to burnish an investor’s credentials in the fight against climate change, he says.

The Sydney-based fund made its first direct investment in renewable energy when it acquired a one-third stake in the $1.1 billion South Australian windfarm, Snowtown2, in 2019. Snowtown2 generates renewable energy equivalent to supplying 140,000 homes.

Aware Super investments in renewable energy and low carbon technologies have now reached more than $1 billion, in no small part through the recent acquisition of Tilt Renewables, which has since been privatised.

Aware Super joined the PowAR consortium as a substantial co-investor with QIC (which also included the Future Fund and AGL) to bid $2.7 billion for Tilt Renewables. Tilt was previously listed in both Australia and New Zealand.

A young company founded in 2016, Tilt Renewables is a leading developer, owner and manager of renewable energy generation assets on both sides of the Tasman. It owns both wind and solar farms.

Aware Super, a co-investor in the QIC-managed vehicle, has significantly increased its stake in PowAR as part of the Tilt Renewables acquisition.

Both the Vocus and Tilt Renewables deals settled within days of each other in July. Aware Super is not disclosing the actual amount invested into Tilt, except to say it runs into ‘hundreds of millions’.

“It is fortunate that we are successful in these deals,” says Hector, who joined Aware Super seven years ago – at the same time as Webb.

Even as it was settling on the Tilt and Vocus deals, Aware Super also committed ‘hundreds of millions’ to a second round of capital raising by San Francisco-based Generate Capital, which describes itself as ‘the one-stop shop driving the infrastructure revolution’.

Generate raised US$2 billion, most of it from Australian institutions led by AustralianSuper and QIC, to fund its wide array of activities – ranging from production of sustainable energy (solar, geothermal and biomass and biogas) to sustainability mobility (hydrogen vehicles) and sustainable water, waste and agriculture.

The fund has also taken a 10 per cenr stake (as a substantial co-investor with First Sentier Investors) in Terra-Gen, a US renewable energy platform with more than 1,600 megawatts (MW) of operating assets across wind, geothermal, solar and battery storage technologies. Terra-Gen has more than 3,000 MW of projects under development.

Aware Super and CEFC have each committed $80 million to the fund, whose charter is to drive ambitious emissions reduction targets across a diverse range of private equity-owned, mid-market companies.

Explaining the focus of the fund’s current investments, Damien Webb tells [i3] Insights: “Aware Super seeks to be a leader in addressing climate change and transitioning our portfolio to be resilient in a low carbon economy.”