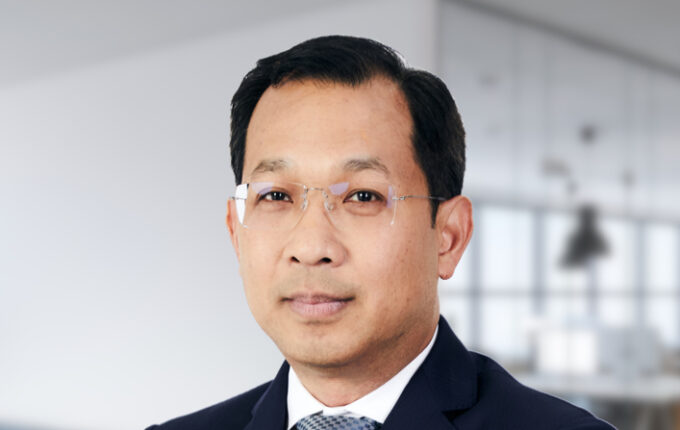 Departing from a history of domestic fixed interest assets and low international exposure into tech stocks and gold drove a return of 4.93 per cent at The Government Pension Fund (GPF) in 2020. Concurrently, it has committed itself to furthering human rights throughout its portfolio – a difficult feat even during boom times.

GPF was established in 1996 for government officials, such as civil servants, and as at June 2021 has approximately 1.17 million members. It is Thailand’s second biggest pension fund with AUM of Thai Baht 444.6 billion (AU$ 18.26 billion).

Historically, the fund has had a high allocation to domestic defensive assets. This is a product of two factors. Firstly, GPF’s ministerial regulations required a minimum holding of 60 per cent in safety assets for the default plan (accounting for 97 per cent of total net asset value). Secondly, the fund was only allowed a small allocation to overseas markets at a maximum of 30 per cent of the strategic asset allocation.

Arsa Indaravijaya, Chief Investment Officer of GPF, adds that Thailand’s equity market has been one of the more volatile in the region with 25-35 per cent volatility (compared to developed markets which typically sit at around 10-20 per cent volatility) which was another reason why defensive assets were preferred. However, as a long-term investor he recognised there were opportunities in overseas equites to improve the retirement outcome for his membership.

Coming off the 2019 bull run, GPF planned to ramp up its exposure to developed market equites, but with the rapid advent of COVID in early 2020 it instead slashed its equities exposure across the board from 16.5 per cent to 8.5 per cent via the use of derivatives in February 2020.

We are long haul investors and we have to get back in. If we stick too much to protecting the downside or trying to make the annual return positive every year that would change the whole thinking of the team

“There was a lot of dislocation in price between cash markets and derivative markets, particularly in future markets and equity indices. We thought the huge selloff was likely to end very soon,” Indaravijaya told [i3] Insights.

“We are long haul investors and we have to get back in. If we stick too much to protecting the downside or trying to make the annual return positive every year that would change the whole thinking of the team.”

From May, GPF added back into equites beginning with tech stocks in developed market as Indaravijaya and his team identified that services such as cloud computing and Zoom were likely to do well. Subsequently, emerging market equities (starting with China) were added back in, bringing the total equity allocation to 14 per cent by the end of June 2020.

In August 2020, the foreign investment limit was increased to 40 per cent, with another round of equity acquisition occurring in September to take advantage of the change. Currently, international exposure sits at about 38  per cent of the portfolio. The board has approved the cap to be raised further to 60 per cent, but this must still be approved by the Thai parliament and cabinet – which can be a lengthy process of a year or more.

The result of GPF’s strategy was that despite the Thai economy contracting by 6.1 per cent, the fund was able to return 4.93 per cent to its members with 3.59 per cent coming from its recently acquired offshore investments.

To add an extra layer of complexity to its investment strategy during the pandemic, ESG has become an integral part of how GPF invests.

“Non-financial factors have become increasingly important. ESG reporting helps investors avoid companies that might pose a greater financial risk due to their environmental performance or other social or governmental practices,” Indaravijaya says.

“We want to avoid the penalties of the companies we are investing … if not the charges can be a hefty amount. For example, major banks when they are charged with wrongdoing and non-compliance can be charged billions of US dollars – we want to avoid that.”

One such area is the Thai fishing industry, which has come under international scrutiny. An analysis by the Global Slavery Index, the Andrew Forrest-backed research organisation into modern slavery, found that those working in the fishing industry in Thailand were at a high risk of modern slavery.

There are more than 800,000 people working in the industry with an estimated 200,000 of these being migrant workers. The fishing industry generates more than US$ 6.32 billion (AU$ 8.62 billion) per year in exports, according to the Southeast Asian Fisheries Development Center.

We want to create the awareness domestically to be equitable to the labour force. The Secretary-General has engaged with companies to integrate ESG in business practices and to provide better information on sustainability issues

On multiple occasions, the EU has threatened to ban Thai fishing imports but relented after it said the country made progress in tackling issues. This included the ratification of an international standards on working conditions in the industry. However, the International Labour Organisation says there is still work to be done to end forced labour.

“Our Secretary-General [GPF’s top executive] will move forward aggressively with human rights. The fishing industry has been in focus because of the use of underage labour and whether they are compensated in terms of welfare and other benefits,” Indaravijaya says.

“We want to create the awareness domestically to be equitable to the labour force. The Secretary-General has engaged with companies to integrate ESG in business practices and to provide better information on sustainability issues. This provides a more complete picture of their prospective value and shows better operational performance and are less of an investment risk.” he says.

MarketFox – A Closer Look at YFYS Gold as a Risk Mitigator