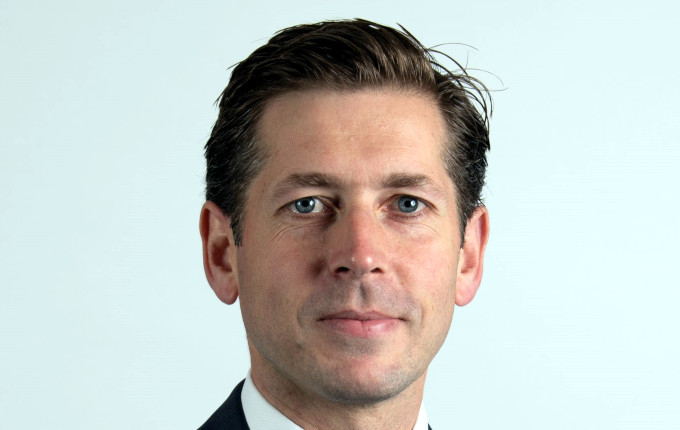 Gold is unlike any commodity and institutional investors are increasingly recognising the precious metal’s potential as a risk management asset, the World Gold Council says.

When you mention gold to institutional investors, many will simply describe it as yet another commodity. Chances are they actually own it as part of a wider commodities exposure.

Whereas commodities such as copper tend to benefit during periods of economic recovery and rapid growth, gold tends to have a more dynamic correlation with economic activity.

“What we’ve seen is that in the first six months of an economic recovery you tend to see oil, copper and all these things explode and then gold does a catch-up, which it kind of did from March until just recently,” Jaspar Crawley, Head of Institutional Sales for APAC at the World Gold Council, says in an interview with [i3] Insights.

“But we’ve also seen that if the economy turns down and consumption levels of oil and copper fall … at that point gold doesn’t fall. Gold is no longer linked to economic growth; its correlation flips to negative and as things start to drop, people start looking for a safe haven.”

We've got fewer and fewer funds that view gold as simply part of a commodity allocation and believe that gold should sit in a different bucket, because gold behaves very differently to commodities

These changes in correlation make gold a particularly attractive asset for the purpose of portfolio risk management. And with bond yields at record lows, reducing their defensive qualities, investors have started to take notice of gold as a risk mitigator and source of diversification and liquidity.

In fact, a number of institutional investors have been allocating to gold as part of a broader risk management strategy. For example, in an interview with James Davis, Chief Investment Officer of OPTrust, last year, Davis told [i3] Insights the fund had an allocation to gold as part of its risk mitigation sleeve, which helped the fund lessen the impact of the initial stages of the pandemic on global markets.

And in Australia, [i3] Insights is aware some superannuation funds are using gold for both its defensive and diversification qualities.

“We’ve seen that this way of thinking is on the rise and so we’ve got fewer and fewer funds that view gold as simply part of a commodity allocation and believe that gold should sit in a different bucket, because gold behaves very differently to commodities,” Crawley says.

“Gold has a positive correlation to stocks during periods of economic growth, when equity markets tend to rise. However, gold is negatively correlated with other assets during risk-off periods, protecting investors against tail risks and other events that can have a significant negative impact on their capital.” Today, about 20 per cent of institutional investors have an allocation to gold, but that percentage is on the rise, Crawley says. At the beginning of this year, the World Gold Council, which acts as a market development organisation for the gold industry, hired Greenwich Associates to do a survey of 500 institutional investors globally and found many had plans to increase their gold exposures.

“So there is some evidence that institutions are willing to hold a higher level of gold. Now, of the remaining 80 per cent, 40 per cent of them said they planned to introduce an allocation in the next three years, which is quite interesting too.”

In addition, the World Gold Council conducts an annual survey of 55 central banks around the world and found about one-fifth of central banks intended to increase their reserves over the next 12 months.

The fact that not more institutional investors hold gold might have to do with the perception of gold as an investment, Crawley says. Despite the fact gold has produced an annualised return of 11 per cent over the past 50 years, when measured in Australian dollars, it is often thought to not produce any meaningful return at all.

“In the investment world, gold is often thought of as producing zero [returns] in real terms; it just keeps up with inflation,” Crawley says.

“You hear these stories about a Roman toga costing an ounce of gold and then a suit on Jermyn Street in London costing you a thousand pounds. It is this idea that over the long run gold’s purchasing power has been retained. But what we can show since the seventies is actually gold has had a positive real return.”

“Gold is a proven long-term hedge against inflation but its performance in the short term is less pronounced, particularly against the US CPI (Consumer Price Index). Instead, our analysis shows stronger and more consistent relationships between gold and broader inflation measures such as the US and world money supply (M2),” Crawley says.

You hear these stories about a Roman toga costing an ounce of gold and then a suit on Jermyn Street in London costing you a thousand pounds. It is this idea that over the long run gold's purchasing power has been retained. But what we can show since the seventies is actually gold has had a positive real return

However, there does seem to be evidence for the notion that the gold price rallies in periods of high and extreme inflation, which is why many institutional investors see it as an inflation hedge. The World Gold Council found that when Australian inflation was higher than three per cent, the gold price in Australian dollar terms increased 20 per cent a year on average.

Another often-heard criticism of gold is that it has no intrinsic value and is therefore a speculative asset. GMO co-founder Jeremy Grantham has made this point on numerous occasions, although he has also admitted to having an allocation to gold in his personal portfolio, even if it is begrudgingly so.

Perhaps somewhat surprisingly, Crawley is glad we raised this point. “It is a good question. In fact, it is a really fun question,” he says.

“Things like gold futures and options might be speculative, but we only count physical investment in our investment data and I don’t think that a big proportion of it is speculative.”

Much of the demand for gold is actually driven by sources other than investors. For example, the jewellery industry is a large consumer of gold, representing 34 per cent of gold demand. Central banks, which purchase gold for their reserves, take up another 17 per cent, while the technology sector makes up another seven per cent.

“Everything we’re using right now to communicate will have gold in it, for example. It is one of the best conductors of electricity,” Crawley says.

This point illustrates gold is not just pretty. It has a number of unique qualities compared to other metals that have industrial applications. Crawley supports his argument with a thought experiment.

“If the price of gold went to zero, then what would happen? Well, I would say that most of our houses would be wired with gold instead of copper. We would probably all be wearing more gold on our wrists because gold cannot rust or corrode. It is a really special metal in that regard,” he says.

“So gold has a lot of applications and that means it would be valued at something.”

Much of the research into gold correlations takes the point of view of US-based investors, who are investing US dollars into the commodity. But given the sensitivity of the Australian dollar to emerging markets, correlations tend to pan out slightly differently for Australian institutions.

For example, 50 per cent of gold demand comes from India and China and this demand is linked to the economic growth in those countries.

“This relationship works really well in US dollars, but in Australian dollars it doesn’t work so well because you’ve got these currency effects.”

The World Gold Council, therefore, looked at how gold would have changed the risk and return profile of an average Australian superannuation fund, based on data from the Australian Prudential Regulation Authority.

“If we take the average Aussie super fund and add five per cent gold to it, then we found that the longer you’ve held that gold, the better your returns are and the better the reduction of your volatility is,” Crawley says.

Crawley is careful not to cherry pick a certain period where gold has done well, so the Council has crunched the numbers over five, 10 and 20 years. It has found that it not only improves the return profile, but also risk-adjusted returns.

“So it is this idea that these things come together, the returns, the diversification and the liquidity, and combine to improve your risk-adjusted returns of a portfolio.”

This article is paid for by the World Gold Council. As such, the sponsor may suggest topics for consideration, but the Investment Innovation Institute [i3] will have final control over the content.