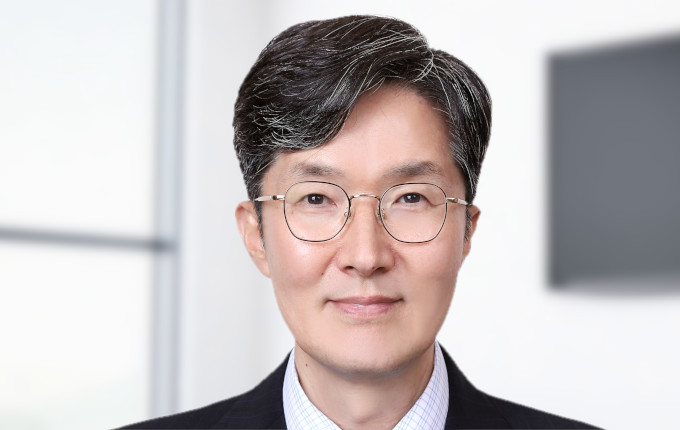 Recognising that traditional asset classes were insufficient to meet Korean pensions fund POBA’s objectives, CIO Dong-Hun Jang turned to alternatives. These assets now make up two thirds of the fund and he has plans for a further increase, Jang tells Dan Purves.

For Dong-Hun Jang, his role as Chief Investment Officer (CIO) for Korea’s pension fund for its 300,000 public servants is more than a job – it is a calling.

“They served the whole society, so I’d like to make their retirement life more rich and more fruitful for them. It is a lot of burden, but it’s very meaningful for me to fully utilise my whole career for POBA [Public Officials Benefit Association],” Jang says.

Jang’s previous roles focused on public market equites, but you would not know this from POBA’s unusual strategic asset allocation. Unlike typical Anglo-Saxon funds it does not focus on listed equites and it is even further removed from its domestic contemporaries which tend to have more than half of their assets in fixed income.

This was not the case in 2015 when Dong-Hun Jang joined the fund as its CIO.

At that time, alternatives were an afterthought with the focus resting on Korean domestic public equity and fixed income securities.

This had served POBA in the past. However, Korea’s capital markets have gone through very rapid declines in interest rates, so traditional assets such as fixed income securities no longer performed the role they used to. This necessitated new thinking from a fund that was operating similarly to its founding in 1975.

He introduced infrastructure as a new asset class – it now accounts for about 10 per cent of total assets under management (AUM).

Another example is private debt; when Jang joined, it was almost non-existent in the portfolio but it is now about 4 per cent of AUM. In real estate, POBA had focused on the equity tranche; however, this has now been substantially expanded to include real estate debt.

“What I noticed when I joined POBA is that we cannot achieve our objective just with marketable securities, including public equity and the fixed income securities,” Jang explains.

Today, the fund has KRW16.4 trillion (AUD 19 billion) in AUM and is reminiscent of a US endowment fund with a mantra that the fund should not lose money. This is no accident. Jang studied his MBA at the University of Iowa in the USA in 1992 and says the time was foundational to his career.

While the asset allocation is remarkably different from other Korean pension funds, the drivers are similar: there is a strong need to provide stable cashflow to an aging membership with increasing life expectancy, leading POBA to operate an absolute return strategy of 5 per cent.

“We need to generate enough cash flow from our investment to provide dividend payment to our members on annual basis. To achieve that objective, if we just rely on traditional asset classes such as public equity and fixed income securities, we cannot do that.  That’s why alternative investment which can generate a very stable and regular cash flow investment with very limited downside risk is a really key part of our investment.”

The transition to alternatives is not finished. Jang aims to further build sophistication and expand into new areas. One of the main strategies to achieve this is through partnerships with international asset owners in the US and Australia.

When he joined POBA, exposure to offshore investments accounted for about 20 per cent of AUM. The level currently is more than 50 per cent and growing.

“POBA was established more than 40 years now. However, I think their experience and their expertise especially in offshore alternative investment market is not sophisticated enough to make our investments perfect.

Opportunity in the Pandemic

As the pandemic gained pace in early 2020, POBA had a high cash allocation at around 10.1 per cent, as the fund was not comfortable with asset classes valuations and decided to have a store of ‘dry powder’ to take advantage of opportunities should conditions change.

The cash allocation hit a high of 14.9 per cent by the end of 2020 as AUM grew by 14.3 per cent and because the pandemic wreaked havoc on the ability to deploy capital in private markets (for example, due diligence between asset owners and managers could not be undertaken). However, it did provide opportunities in other areas.

“I remember very vividly thinking about that COVID situation – I really did not know when the COVID situation will normalise.  However, I thought that this is one of the best optimal investment opportunities for us to deploy our capital in such an opportunistic way,” Jang says.

“In order to do that, I looked at listed investments in REITs, and also I found investment opportunity in listed infrastructure funds,” he says, adding that the fund is more than willing to take advantage of both private and public markets.

A year-and-a-half into the pandemic and POBA’s cash allocation is down to 11 per cent as it has taken on more real assets, which Jang describes as the backbone of the portfolio.

And this focus on real assets, alternatives, and collaboration is set to continue.

“This year especially, we will continue to expand our collaborative work with global asset owners from the currently existing offshore real estate area, to private debt, and to other asset classes such as infrastructure,” Jang says.