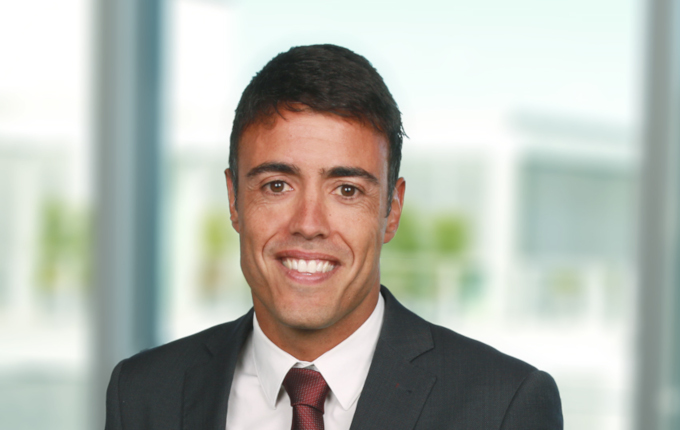 Not all systematic strategies are created equal. LGT Capital Partners’ Antonio Ferrer discusses how to adjust these instruments to help protect against equity drawdowns over the long term, while also establishing a framework to ensure investors don’t miss out on opportunities in times of stress.

Alternative risk premia have received a lot of attention in the years since the Global Financial Crisis (GFC) as a cost-effective way to access many hedge fund-type strategies.

And in the current environment of record low bond yields, investors have been looking to diversify further into alternative strategies to reduce their reliance on the equity premium and rebuild defensiveness in their overall portfolios.

But as more and more liquid alternatives strategies have come to market since the GFC, not all of them have proved to work as well as investors had hoped.

LGT Capital Partners, the asset manager that invests the capital of the well-known Liechtenstein family in Europe, decided it was time to take a more selective approach to some of these external strategies.

“With improvements in technology and algorithmic trading, I think systematic trading strategies faced a number of issues,” Antonio Ferrer, Head of Multi-asset Asia and Portfolio Manager at LGT Capital Partners, says in an interview with [i3] Insights.

“One is that there are more players around and most of them would hop onto the same kind of trades, based on the same price signals. There were crowded trades.

“[But] the worst thing was that a lot of these strategies were leveraged because they are trying to extract a small return and then, with leverage, maximise that. This creates a lot of volatility when they get caught on the wrong side,” he says.

In addition to weeding out some of the less successful external strategies, Ferrer and his team also realised they required a higher level of customisation to make these strategies work well with the other alternative assets in the portfolio, which contains a large allocation to private assets, mostly private equity.

“Systematic strategies make sense, but what we needed in particular was downside protection,” Ferrer says.

So in addition to its external managers, LGT also established its own internal systematic strategy that has been allocated 3 per cent of the portfolio, which for the majority of the time simply invests in cash or treasuries.

But when it starts to detect pricing anomalies, often in periods of stress, the strategy starts taking more risk using futures seeking to protect the portfolio from losses.

Ferrer is keen to point out that it isn’t a tail hedge strategy as that would rely too much on either timing the market or having a permanent allocation to options, which is costly. Instead, it looks for dislocations in markets.

“In the aftermath of the Global Financial Crisis, we thought about how we can protect the downside, and we thought about tail hedging strategies. But tail hedging involves market timing skills because when you decide to buy put options, then that is a call, right? So that is not going to work for us as it is less reliable,” Ferrer says.

“If you put a systematic rule over your put option strategy, where maybe one day you need those puts, then it is costly because you have to do it on a monthly basis. It is quite intense in terms of maintenance.

“So then we looked at a strategy where … when you have pronounced trends, that is a sell-off, it starts buying into derivatives. Internally, we call it a dynamic protection strategy.

“It is a systematic strategy which function is to really detect price trends when you have a sharp dislocation going on and then it will go long yen, gold, government bonds, for example, and short everything that is high beta.

“That strategy, which is an internal bucket, produced in excess of 30 per cent during March 2020. So we customised the liquid alts exposure to suit our needs and reduced the allocation to external systematic investments.”

The downside of this strategy is that during bull markets there is an opportunity cost as it will be invested in cash and treasuries at those times.

“I could have put that money to work in equities or somewhere else, but that is the opportunity cost that I’m willing to take,” Ferrer says.

With bonds at record low yields, a number of international institutional investors have looked to hedge fund strategies, including trend and global macro, to offer some protection against equity market downturns.

But during March, these strategies produced mixed returns and success depended largely on the chosen strategy or manager.

One defence of this approach argued that the equity market drawdown in 2020 was simply too short and too sudden for many trend followers to pick up on the trend.

The word ‘trend’ is often associated with time, but if you look at price patterns itself, and then really the price patterns that are very pronounced, then the strategy will only detect those [dislocations]

Ferrer is keen to point out LGT’s approach is not simply exploiting the trend factor.

“The word ‘trend’ is often associated with time, but if you look at price patterns itself, and then really the price patterns that are very pronounced, then the strategy will only detect those [dislocations],” he says.

“So it is not just trend. We call it more of a rules-based, price sensitivity where it starts detecting spread widening, strong moves in currencies, strong moves in precious metals, which it will react to.”

Protecting against downturns is one piece of the puzzle, but often these periods of stress also provide opportunities. Ferrer and his team realised after the Global Financial Crisis and Eurozone Crisis that while they had always invested cautiously, they didn’t really have a framework to start buying into a crisis.

“Back in the days of the Global Financial Crisis, we learned that we need to have a structure in place where we can take advantage of such huge dislocations. So we did research on different asset classes, on historical drawdowns, on how these asset classes behaved and then we set up, what we call internally, the ‘anti-cyclical value opportunity’ framework,” he says.

“It is a clearly defined framework of asset classes that we monitor regularly and where we have predefined entry levels, where historically it would have been very attractive to engage with the asset class in a drawdown,” Ferrer says.

“And then when we hit these levels, and no matter what the market sentiment is, you just buy. Usually it is quite a bad one, right? When things fall apart, people panic and they don’t want to buy something. But you just do it. You stick to your process and you buy into those levels.

“And interestingly enough, this has been one of the concepts that worked very well for us in the aftermath of the financial crisis. The first time we triggered those levels was in 2015, 2016, where we had China growth fears, commodity prices really tumbling and that affecting emerging market debt. So some of those levels were hit back then and we bought.

“And then in March 2020, we had a lot of these signals coming in again and we bought again. So you are not going to call the market, but you can think about: ‘What if you had such a dislocation? What do you do then?’”

When March came, we were able to deploy some of the cash. That was very important, for instance, in private markets, where we committed a big chunk of our portfolio to a secondary strategy and secondaries per se,

What helped the team deal with last year’s volatility period as well is that they had taken a cautious approach going into 2020, raising the portfolio’s cash levels in the previous year.

“When March came, we were able to deploy some of the cash. That was very important, for instance, in private markets, where we committed a big chunk of our portfolio to a secondary strategy and secondaries per se,” Ferrer says.

“The main reason you have that is also to take advantage of dislocations because you are able to buy private assets on a discounted basis in the secondary market.”

LGT Capital Partners allocates a large portion of its alternatives portfolio to private assets, more than 50 per cent of the portfolio, and this has helped the team remain disciplined in their allocations.

“You know the beauty of investing a large part of your assets in private markets is that there is no sell button. You cannot sell those assets when people start to panic,” Ferrer says.

“Last year, we saw the sharpest, fastest, most brutal correction ever recorded … almost. But then three weeks later, everything was almost over. Having a high portion in assets that are not valued on a daily basis and which you cannot sell helps a lot, especially when you are more progressed in a cycle and you have more volatile days.

“The only thing that we could have done better is that if you think about the public side of things, we did not expect that growth assets, technology, or better said, five companies, would do so well.

“We were surprised by how crazily those names really drove the market in those days.”

This article is paid for by LGT Capital Partners. As such, the sponsor may suggest topics for consideration, but the Investment Innovation Institute [i3] will have final control over the content.