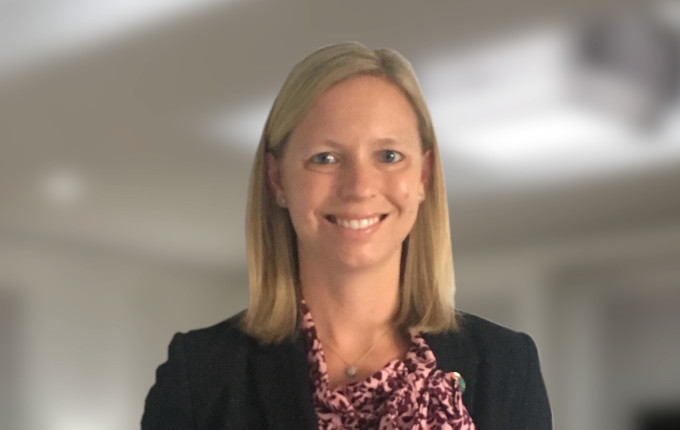 Aware Super still sees plenty of opportunities in the domestic share market in China, but acknowledges current developments have given the fund pause to think about its approach to any expansion of its allocation, according to Jo Cornwell.

Aware Super still sees plenty of opportunities in the Chinese A-share market, but the fund has shifted to a slow and steady approach to further investments, after investing close to A$1 billion in China over the past four years.

Strained trade relations between China and Australia, concerns over reputational risk and repatriation of funds have all added to Aware’s more measured approach to further allocations to Chinese equities.

Our slow and steady approach predominantly reflects concerns we have around the risks involved, including governance and repatriation risks with investing in China. And it is important to weigh these up against the opportunities

“The opportunities of investing in China were the key reason we initially made an allocation to China through a local investment manager and we still believe there are many opportunities to be had from investing in this market,” Jo Cornwell, Portfolio Manager, Growth Assets at Aware Super, says in an interview with [i3] Insights.

“However, our slow and steady approach predominantly reflects concerns we have around the risks involved, including governance and repatriation risks with investing in China. And it is important to weigh these up against the opportunities.”

The experience has been good so far, Cornwell says, as the investments returned well above benchmark results.

“We initiated with our direct Chinese equity manager just shy of four years ago in July 2017,” she says.

“Over that period, the China A-share market, in Australian dollar terms, returned just over 10 per cent per annum. The MSCI All Countries World Index, ex-Australia, has returned nearly 12 per cent per annum. So interestingly, just investing into China wouldn’t necessarily have been a good allocation decision.

“However, our active manager returned 18 per cent per annum over the same period, which has given us around 7 per cent alpha per year. It really demonstrates the benefit of active management in the Chinese equity market.”

But the measured approach to China means the fund will not add any new Chinese equity managers in the near future.

“We still feel that there is significant additional capacity within the mandate that we have for the growth that we expect to see in our allocation to China,” Cornwell says.

The recent trade tensions between China and Australia, but also between China and the United States, have provided ample reason for pause. But it is not the only issue that has cropped up over the past few years.

China has been increasingly more aggressive in its stance on Taiwan, which numerous observers suspect is not only about territorial claims, but also about China’s desire to gain access to TSMC’s semiconductor technology.

In addition, there are international concerns about the treatment of the Uyghurs, a Chinese-Muslim minority group in the province of Xinjiang, as reports of widespread incarceration and forced labour continue to come to light.

This has led to the current Inquiry into the Customs Amendment (Banning Goods Produced By Uyghur Forced Labour) Bill 2020 by the Australian Senate Foreign Affairs, Defence and Trade Legislation Committee, which is due to publish its report in May.

As funds are stepping up their fight against modern slavery, this is obviously a delicate issue.

Cornwell says the fund has been working closely with its manager, Neo Criterion, on the approach they take to investing in China and the risks that are associated with each of these issues through the responsible investing team.

It will take some time before these issues are resolved to the degree that Aware is comfortable with any significant increase in its allocation to China.

“We will continue to monitor the political direction within China and how they are willing to work as part of the international community,” Cornwell says.

Aware Super decided to pick a domestic Chinese manager, based in Shanghai, to manage its assets. Cornwell says this helps the fund identify opportunities that are often overlooked by managers that simply allocate to China as part of a broader global or emerging market equity mandate.

“I think it helps you identify more differentiated investment opportunities,” she says.

“One of the advantages that we have found of using an on-the-ground Chinese manager is that our mandate will typically invest in more mid-cap-size companies.

“Being able to invest across the cap spectrum in China provides additional opportunities that they can seek out.

“We’ve also had the opportunity to invest in IPOs (initial public offerings) of Chinese companies, a further benefit of having on-the-ground idea-generation opportunities.”

One concern with investing in mainland Chinese companies is that the market contains many state-owned enterprises, which don’t always have minority shareholders’ interests in mind.

“We don’t place any restrictions on governance structures in our mandate, but the focus of the manager is on long-term, quality companies with good governance practices to help ensure alignment as a minority shareholder,” Cornwell says.

Although there are now additional ways to invest in Chinese A-shares, including through the stock connect programs between Hong Kong and the Shanghai and Shenzhen stock markets, Aware Super still believes the QFII route provides good access to the market.

“QFII gives you additional flexibility within the mandate. Given that there have been relaxations for investors under the QFII program, we feel that it remains a very relevant access point for investing in China and provides us with many opportunities compared to people who don’t have that access,” Cornwell says.

“The Hong Kong connect program is still a relatively new program that is untested and while it provides a fantastic opportunity for investing in China, because it is untested it is hard to say that it is completely fail-proof [at this time].”