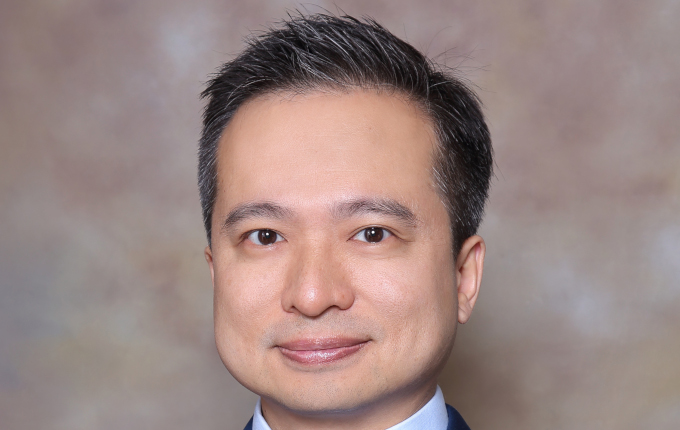 Value investing has experienced a resurgence in the past four weeks. We talk to T Rowe Price’s Ernest Yeung about what this means for emerging markets.

On 9 November 2020, pharmaceutical companies Pfizer and BioNTech announced they had developed a vaccine that was more than 90 per cent effective in preventing COVID-19, citing interim results from phase 3 of their clinical trial.

The announcement caused general elation across the globe, but also coincided with a recovery for value-style investors.

The news is likely to have been a catalyst in this inflection point, but there are more reasons for value investors to be optimistic, Ernest Yeung, Portfolio Manager with T. Rowe Price, says in an interview with [i3] Insights.

“We actually think something has changed. Some people would say: ‘All the developed world will become like Japan.’ Because it doesn’t matter how much you stimulate [the economy], nothing works,” Yeung says.

“Developed market governments and central banks have pumped a lot of money into the banks and into corporates, but all that money was used in recapitalising balance sheets – as we witnessed in Japan in the 90s and the Western economies post Lehman. Hence, there was no visible multiplier effect in the economy.

“That is one of the reasons why Japan had no growth in 20 years. There was no inflation in developed markets because the average Joe did not benefit from this stimulus. It benefited asset owners and tycoons, but if you are a salary earner, you didn’t feel it.

“Now, post COVID something has changed. Governments have realised that just low interest rates alone are not working. So this time they did not pump money into the banks; zero stimulus into the banks.

Value is more forgotten than any time before; there is a huge divergence [with growth investing]. But we think in the short term, which we define as six to 12 months, there is a good chance of a recovery

“This time around very little money is going into struggling corporates. Globally, other than a few airlines, governments have hardly stepped in for industry-wide bailouts.

“The hotel industry hardly received any subsidy from the government. Most of the subsidies went straight into people’s pockets in the form of employment benefits, or as furlough funds in the UK. It was helicopter money.

“We actually think this type of stimulus has a multiplier effect. And this is a major change compared to what has happened in the last 10 to 20 years.

“Perhaps this way of deploying stimulus will determine economic growth and the potential for inflation in the next three to five years.”

A broad-based economic recovery would benefit value-style companies as these companies are found in cyclical sectors, such as toll roads, airlines and materials, rather than in more growth-style sectors, including the health and technology industries.

“Value is more forgotten than any time before; there is a huge divergence [with growth investing]. But we think in the short term, which we define as six to 12 months, there is a good chance of a recovery,” Yeung says.

“The key for [people] to keep in mind is that there is a structural change in how governments are stimulating the economy. Possibly, this is aligning the stars for a regime change in the longer term, beyond 12 months. I advise everyone to put it on their radar.

“Stock markets always discount changes early. We saw an inflection in the last four weeks. I would say the market is not completely convinced [about a recovery], but the tide is changing.

“Normally, the stock market price trend changes six to eight months before, so I think the market is telling us that sometime in 2021 the world will be more normal.”

Emerging markets have had a difficult time as an unpopular asset class, especially in the first quarter of this year when the pandemic started to accelerate across the world.

Yeung says he has not seen such pronounced outflows in the asset class in his career.

“It has been horrible this year. We’ve had 35 weeks of consecutive outflow in the global emerging market asset class.

But emerging markets are also likely to recover earlier than developed markets, he believes, as many of these countries did not implement extended lockdowns and as a result have seen a V-shaped recovery.

We should keep in mind that lockdown is a developed market phenomenon. In most of the emerging markets, governments do not actually have the capacity to lock down because there is a large informal economy and people don’t have any savings

“The global market and mainstream media are dominated by virus and lockdown news. But we should keep in mind that lockdown is a developed market phenomenon. In most of the emerging markets, governments do not actually have the capacity to lock down because there is a large informal economy and people don’t have any savings,” he says.

Because these countries didn’t implement severe lockdowns, emerging market economies also did not have to pay extensive benefits and hence their fiscal situation is improving steadily.

“When you lock people down, you pay a lot of unemployment benefits. In the UK, they call it the furlough funds. It is basically a direct cash transfer into people’s pockets so they stay home,” Yeung says.

“But in the emerging markets, because the government fiscal balances are weaker, they can’t afford this spending and so they didn’t stimulate much. As a result, the deterioration of fiscal [positions] was cyclical.

“So GDP is bouncing back, fiscal is bouncing back, and we are probably seeing the worst point of emerging market FX [at the moment]. So it is going to improve from here on. How much improvement I don’t know, but my prediction is that we’ve seen the worst.”

The past 10 months have been tough for many investors, not just value investors, as the pandemic caused erratic behaviour not seen before.

One of the main characteristics was that asset classes that normally don’t show any correlation suddenly moved in tandem. Yeung says it all came down to one factor, which was the level of concern over the impact of the pandemic.

“What we saw year-to-date is what is called a ‘one factor trade’. There is only one correlation in the market: there is COVID-on and COVID-off,” he says.

Yeung illustrates his point using two completely unrelated markets: Brazilian equities and European banks. Although there are no fundamental reasons for there to be a correlation between the two market segments, for most of 2020 there was.

“They should not be correlated. People are trying to say that Brazil and EU banks are COVID-off [trades]. But fundamentally, they should not have any correlation,” Yeung says.

Similar observations could be made between different countries and jurisdictions, he says.

“It doesn’t make sense. Toll road traffic in China is growing at 11 per cent, whereas in France it is minus 21 per cent. It just shows us that this is a one factor trade: everything COVID-on or COVID-off.”

But this dynamic also provided opportunities for institutional investors as dislocations have occurred that are not supported by any fundamentals.

“Traditionally, we had a large underweight to India. It is very expensive, very popular; everyone is there. But it got thrown out with the bath water, so we are finding a lot of interesting ideas, especially on the domestic, cyclical side in India,” Yeung says.

“Historically, we were underweight, but throughout COVID we’ve been buying and buying and now we are 2 per cent overweight.”

This article is paid for by T. Rowe Price. As such, the sponsor may suggest topics for consideration, but the Investment Innovation Institute [i3] will have final control over the content.