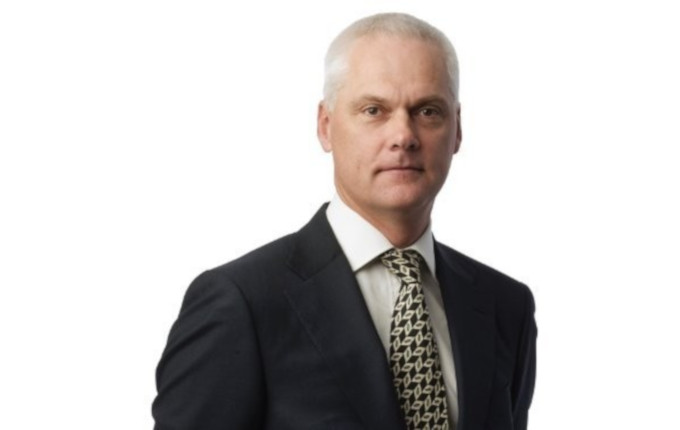 Cbus CEO Justin Arter expects to see more consolidation among smaller funds as the proposed super reforms might cause these funds to rethink their purpose in life.

The proposed new regulations under the Your Future, Your Super reforms are likely to put further pressure on smaller superannuation funds to merge as they will find it increasingly difficult to comply with the guidelines for the investment management fee levels a fund should be paying.

Justin Arter, Chief Executive Officer of Cbus, says the fee levels are achievable for larger funds, but are set too tight for smaller funds, which don’t have the buying power to negotiate discounts with external fund managers.

“I think the fee allowances would clearly be too low in terms of what is happening in the real world,” Arter says in an interview with [i3] Insights.

The fee allowances [under the proposed Your Future, Your Super reforms] would clearly be too low in terms of what is happening in the real world

“Coming back to my experience at BlackRock, I can assure you that the fee allowances that were made here are very, very skinny.

“This will have a couple of effects: it will obviously throw into the light those people that are underperforming from July 2021, but it might also create the effect of creating some urgency around consolidation.

“Smaller funds, in particular, might have to think about whether they have a purpose in life going forward. And that counts for all funds, not just industry funds, but also retail and profit-for-member funds will have to think about this as we move into a scale game.”

Under the Your Future, Your Super proposals, super funds will also be subject to an annual performance test as of 1 July 2021. The performance test will be based on a combination of the performance methodology adopted by the Productivity Commission in its research and the Australian Prudential Regulation Authority’s (APRA) heat map analysis.

Funds that are underperforming will need to inform their members of their lacklustre performance.

Arter is unconcerned about Cbus’s results in the annual performance test, since the APRA heat map has shown the fund to be a strong performer.

“If you look at the heat map, you can see that we are in a very strong performance and fee position, so to that extent we have nothing to fear. But I do agree that for the funds that are struggling, peer risk might become material,” he says.

He is concerned about the choice of benchmarks to compare asset classes against as some of these do not accurately reflect the investment universe Australian funds invest in.

I think there could have been more consultation with respect to how those benchmarks were set up. Hopefully the government will listen to that and come back to the market

This is especially clear in infrastructure, where APRA has chosen the FTSE Developed Core Infrastructure Index as the benchmark for international investments.

“It is not very reflective [of super fund infrastructure holdings] and it might create a situation where one year industry funds dramatically outperform [the index] and in the next year they dramatically underperform. That one looks particularly funny to me,” Arter says.

“I think there could have been more consultation with respect to how those benchmarks were set up. Hopefully the government will listen to that and come back to the market.”

The consultation period for the Your Future, Your Super reforms is open until 24 December, while the proposed start date for the changes is 1 July 2021.

Although the proposed reforms might spark further consolidation among smaller funds, there already has been significant merger activity in recent years. Examples of current merger discussions include Sunsuper and QSuper, and Australian Catholic Super and NGS Super, while VicSuper and First State Super have just merged to become Aware Super.

Cbus is no exception. It is currently in merger discussions with Media Super, a $6 billion fund.

At first glance, the two funds have little in common. Cbus focuses on the property and construction industry, while Media Super finds its members in the print, media, entertainment and arts, and broader creative industries.

But this is exactly the point, Arter says.

“We are keen to diversify into other cohorts where we sensibly can and that is what [the merger with] Media Super is all about. But we will keep Media Super as a brand because we think the fund has a lot of equity in their brand,” he says.

He believes Cbus’s scale can help Media Super achieve better levels of growth as the construction fund has greater resources to fund expansion.

“We are about 600 people and they are about 30, so they have quite a small workforce and perhaps they might not have been able to execute growth propositions. We see quite a bit of upside there,” he says.

“And of course the more money you are managing under one roof, the greater the economies of scale you can get. Not just in terms of internalisation, but also in terms of your buying power in markets. You can see the evidence in some of the very large funds that are around now.”

He says further mergers can’t be ruled out, but they have to be in the best interest of members.

“Our core will always be property and construction; that will always be our heartland. But if we can find other cohorts and bring to them a really good investment proposition, then we are open to broadening out our membership.”

Before this, Arter had senior roles with BlackRock, including Country Head Australia and Head of Institutional Client Business for the United Kingdom, Middle East and Africa. He was also CEO of Victorian Funds Management Corporation (VFMC).

At VFMC, Arter ran assets in-house, just as Cbus has started doing, and he is optimistic about the benefits for members of this model.

“When I was at VFMC, we had about a third of our assets run in-house, so it is directly comparable to what I’ve discovered here at Cbus,” he says.

“Setting aside the obvious benefit of saving members money – we’ve saved about $135 million in fees [over the financial year 2020] that would otherwise have been paid away to commercial third parties – it does bring a capability that we can expand. And that is what we are likely to do and I include in that of course Cbus property too.

“We will probably go to about 40 per cent in-house in due course, so we will do a bit more of that but nothing gigantic. But 40 per cent is a significant number considering that the vast majority of super funds are completely outsourced.”

The current coronavirus pandemic has impacted many sectors of the economy and property is no exception. Office real estate has been particularly discussed as an area that might see permanent change, as lockdowns have altered people’s ideas about the need to be in the office all the time and accelerated the acceptance of working from home.

“It most definitely has fast-tracked how companies are thinking about working from home by five or 10 years. There is no question about that,” Arter says.

“What we have seen in our particular portfolio is that the A-grade properties are the best place to deal with this because they are either built from scratch, which means you can build them according to what the client wants, or they are more adaptable if the requirement is to up or downsize.

“Other properties that are not such a high grade might find themselves stuck for all sorts of reasons: the lifts might be too slow to get people up to their floors or their foyer area might not have enough wide open expanses.

“But we continue to view property as a really relevant part of our MySuper growth portfolio. We are quite comfortable with this on the long-term view. We will, however, see some tweaks in the next few years as people will return to the office.”

Cbus has just moved into new premises at 130 Lonsdale Street in Melbourne’s central business district and many of its staff have already returned to the office.

“We are allowed to have quite a few people in here and I’m pleased to say that we are at capacity for what we are legally allowed to have. What we’ve found, and we polled our staff extensively, is that there are many people sick and tired of working from home because they find that they are not working from home, but rather living at work. They’ve found that the hours are actually getting longer,” Arter says.

He says videoconferencing software, such as Zoom and Microsoft Teams, has helped the fund cope, but there is no real substitute for face-to-face collaboration.

“For the younger staff, who are keen to get involved in our culture and development, collaboration is very important, especially for staff that we’ve just onboarded. Zoom gets you so far with meetings, but it is no substitute, as has been proved to be the case with my executive committee in the last two or three weeks,” he says.

“It is more productive, the speed of decision-making is higher, the subtleties and nuance are there, which are lost on Zoom. So whilst I accept that Zoom and Microsoft Teams and remote working has been a very good tool during a crisis, as we come down from that we need to get back to this collaborative way of working.”

Value in Emerging Markets APRA to Issue Notices over Heatmap