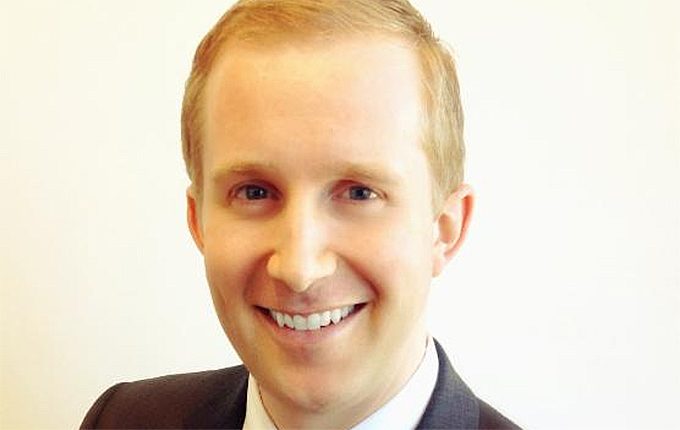 Technology companies, the drivers of the outperformance of growth-style investing in recent years, are facing several headwinds and investors should be wary if their portfolios are too heavily skewed to growth, Cambridge Associates’ Travis Schoenleber says.

Recently, the Investment Innovation Institute [i3] conducted a quick poll of our LinkedIn followers about whether we should buy equities low and sell high (value approach), or buy high and sell even higher (growth approach).

Far more respondents to this, not-quite-so-scientific, poll favoured the latter approach in the current market conditions over a value-style strategy. Technology stocks are a good example of this mindset. Although many (value) investors have argued these stocks were overvalued in recent years, they have just continued to go up in price and any investor who decided to go underweight tech would have suffered as a consequence.

But there are now suggestions technology stocks might be facing some headwinds, not in the least from regulators that are keen to break the monopolistic characteristics of some of these companies, and this could affect portfolios that are too heavily skewed towards growth.

Be wary of managers [tilting], or tilting your own book, too much towards large tech, given that there are increasing headwinds, both from a valuation perspective and a potential regulatory perspective

“Be wary of managers [tilting], or tilting your own book, too much towards large tech, given that there are increasing headwinds, both from a valuation perspective and a potential regulatory perspective,” Travis Schoenleber, Managing Director, Australia, for Cambridge Associates, says in an interview with [i3] Insights.

“Take Google, for example, which enjoys a 90 per cent share of all online searches conducted. There is increasing support in both the US and the EU for legislative or regulatory action.

“With a monopoly in search, and Google using proprietary non-transparent algorithms to promote or demote certain topics, are regulations around that required? Or do regulators need to find a way to diversify search and create more competition so one technology company is not in control of what information people do or do not see?”

There have also been suggestions some of the larger technology companies should be broken up into their various parts, for example, splitting off Amazon Web Services from the retail arm of the business. Separating out some of these high-performing segments of the company could negatively affect the stock price of the mothership.

“If an investor thinks about the break-up of companies, how does one price in a reduced monopolistic moat or advantage? Increased competition should reduce cash flow and profits. This would result in lower growth forecasts or, alternatively, could be thought of as a higher discount rate for earnings. For ease, I would price in the uncertainty as a risk premium in that particular setting,” Schoenleber says.

Social media platforms in the United States have unprecedented freedom in what they can publish or allow to be posted by their users, compared to mainstream media.

Under section 230 of the Communications Decency Act, social media companies are not considered publishers and as such cannot be held accountable for the content on their systems.

“Rather than a newspaper, which has editors and can get sued for libel, defamation and other illegal content, online platforms are exempt under section 230 as they are deemed not responsible for third-party generated content.”

This set of regulations is now under scrutiny as social media platforms are increasingly pushed to take a more active role in monitoring and fact-checking their content.

“This is a huge debate in the US right now in regard to free speech and the role of technology companies with regard to self-regulation or censorship, which blurs the line between platform and publisher,” Schoenleber says.

“Should they or should they not have the protections that have been provided to them via section 230?

“I find potential tech regulation to be a pertinent topic because you have both antitrust action and section 230 that could materially impact large technology companies on a go-forward basis.”

The chance of further regulation has increased with the recent election result in the US, where Democrat Joe Biden is the projected winner of the 2020 elections.

“For the Democratic Party, hate speech is an important issue, having nice interactions online, free from harassment, is important. While, at the same time, management of disinformation and misinformation are also focus areas,” Schoenleber says.

“Therefore, centralised government regulation is a more probable outcome under a Biden presidency.

“This is something that investors should consider when they are thinking about their overall growth/value mix because the more headwinds that are stacked up in front of big tech, the harder it is for them to achieve more growth, the more costly it is for them to continue to achieve that growth.

“And, in particular, if they are broken up from a competition perspective, one should expect lower overall profits based on that higher competition.”

We are currently in an environment where the dispersion between the two main styles of investing, value and growth, is greater than it has ever been. It is no secret a pure value approach to investing has struggled to produce any alpha in recent years.

And although institutional investors haven’t completely abandoned value-style managers, Schoenleber certainly has seen a shift away from value towards more conservative versions of growth investing in recent years.

“Historically, especially pre-GFC, most institutional investors had been value orientated and value had been an outperformer. That tilt remained in portfolios for a while and that has now narrowed considerably or reversed, both in our client portfolios from a style bias, as well as investors in general,” he says.

“One cannot look at a track record over the last three, five or 10 years even and see a lot that is compelling from a pure value-type manager. I do not think investors have abandoned it [value] completely, but certainly investors have migrated to more GARP, growth at a reasonable price, style managers.

“Those that have migrated over the past five years have been rewarded from reducing that value tilt.”

Be wary of managers [tilting], or tilting your own book, too much towards large tech, given that there are increasing headwinds, both from a valuation perspective and a potential regulatory perspective

But this skew towards more growth-style approaches could prove risky if regulators are adamant in making a stand against the monopolistic behaviour and increased content control of large tech companies, which make up a larger portion of the US stock market than ever before.

“The reason that growth outperforms in a low-growth environment is because people will pay up for any growth that does exist,” Schoenleber says.

“Obviously, tech companies are typically in that growth category because they do have higher growth rates, they have higher profit margins and less CAPEX associated with trying to go out and get more growth. So tech is a big beneficiary of the overall economic environment.

“If I think about growth versus value, if I think about what happened during COVID, and I think about some of the monopolistic advantages that these larger tech companies have, the question is: How can it be regulated in a sensible way to either provide more competition or even the playing field?

“From an evaluation of big tech perspective, investors may want to be starting to think about a regulatory risk premium that is essentially attached to it at the moment.

“However, should the Republican Party maintain a majority in the US Senate, the likelihood of legislative agreement along this path is reduced, which would also reduce the associated premium. Regardless, this will no doubt be an interesting space to watch.”

The Future of the Office Reducing Risk with Liquidity Sleeves