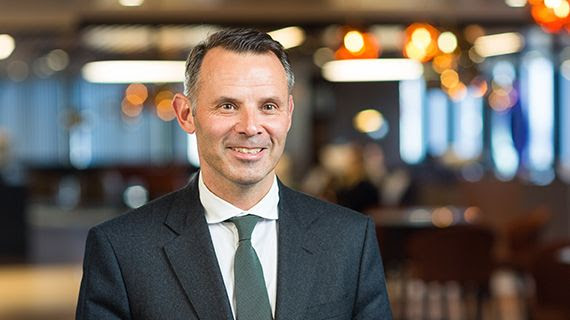 What does the future of office real estate look like once the pandemic is over? Will we all return to work or will we see permanent changes that affect demand? We speak with Aviva Investors about some of the likely changes this sector will see in the coming years.

The year 2020 will be remembered as the year of the coronavirus pandemic and so it is no surprise the Australian National Dictionary Centre named ‘iso’, an abbreviation of ‘isolation’, as the word of the year.

A key feature of the prolonged periods of isolation was that most employees were forced to work from home. But now, with various vaccines in sight, people have started to imagine what working arrangements will look like moving forward.

Having recognised the majority of employees are perfectly capable of working from home, employers seem willing to let people work from home at least part of the time.

But it has also sparked a conversation on what the purpose of an office really is.

“There are a lot of questions being asked around what the future of the office will look like,” McHugh says in an interview with [i3] Insights.

“There has been a big shift in working from home, there is no question about that, and we do think there will be an impact from that.

“That is for a whole host of reasons: there needs to be collaboration, people want to interact with colleagues, they want to innovate and they want to enjoy amenities.”

This new emphasis on collaboration will not so much spark a renewed interest in hot-desking, but will look to create more comfortable spaces where people can meet, discuss and brainstorm, not unlike hotel lobbies with their separate seating areas.

“In the past, there has been a move in many countries and many cities to a high-density occupation of office space. Now, the move will be away from that, so there might be somewhere between 10 to 20 per cent less demand for desks,” McHugh says.

“It is not so much about social distancing the desks; it is more about the reasons why people come to the office. People won’t necessarily come to the office to sit at a desk for eight hours a day and then go home again.

“They’ll come to the office to collaborate with colleagues and to meet with people externally for business and interact. So we think the office environment will need to change. There is more meeting space, but not enclosed meeting spaces.

The way we would almost describe it is that a lot of offices will take the form of a hotel lobby moving forward. I don’t think that what we will be doing is to sit at a desk 100 per cent of the time

“The way we would almost describe it is that a lot of offices will take the form of a hotel lobby moving forward. You know how people go to hotel lobbies to meet?

“We think that that reduction in demand will be compensated by a de-densification of the office space,” he says.

“So occupiers will create more collaboration spaces, just much more comfortable environments for the workforce. And that de-densification will compensate for, effectively, the lack of desk demand on a like-for-like basis in core, prime locations.”

He expects change will be most obvious at corporate headquarters, where meeting rooms and boardrooms will transform to cater for higher levels of traffic and will become more comfortable spaces.

“Traditionally, meeting rooms in corporate headquarters would be on the upper floors with nice views. The kind of penthouse-type environment,” he says.

“We think that will change, where the meeting rooms will be on the ground floor, the mezzanine floor or the first floor, akin to a hotel lobby where people can come in and out quickly and efficiently without having to go through lift systems or security systems.

“I think that the whole headquarter office dynamic will change quite dramatically as a result [of the pandemic].”

There is some anecdotal evidence companies have started to rethink their office space, for example, in London where some refurbishment projects have been halted.

“We have seen two or three examples of what is next. The single largest project in London at the moment, which is 22 Bishopsgate, it is the tallest office building in London,” McHugh says.

“This is anecdotal, because we don’t have an ownership in that building, but I understand that a number of tenants have paused and are reviewing their proposals. So there are early signs that people are taking the initiative.”

The Threat of Technology

The expected changes are likely to take place predominantly in major global cities, where offices contain greater numbers of staff who bring specialised knowledge and experience to their jobs.

But in the middle and back office, there is greater potential for people to work the majority of the time from home as the need for interaction is often less in these positions.

“I think the areas that will be impacted most are those back-office locations in the more satellite, peripheral cities, where that knowledge-intensive industry doesn’t exist. That is probably where we will see the most impact,” McHugh says.

To a large degree, the demand for office space for back-office staff has already been reducing for several years as these jobs have been more susceptible to the threat of automation.

“We have identified trends in the office sector two or three years ago where we felt that some aspects of the office sector, primarily back office in non-core, non-prime locations, was under threat,” McHugh says.

I think the areas that will be impacted most are those back-office locations in the more satellite, peripheral cities, where that knowledge-intensive industry doesn’t exist. That is probably where we will see the most impact [of the pandemic]

“So from a strategy perspective, we’re very much focused on what we would say is knowledge-intensive demand; industries and businesses that require a high degree of that knowledge-based, experience-based workforce.

“They tend to be located in major global cities and so that is where we direct our efforts.”

This article is paid for by Aviva Investors. As such, the sponsor may suggest topics for consideration, but the Investment Innovation Institute [i3] will have final control over the content.