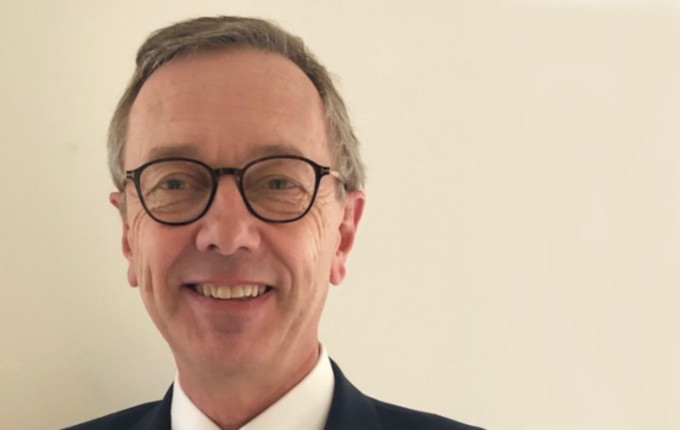 Former General Manager of New Zealand Super speaks about the importance of board education.

The late Paul Costello is generally considered to be the first employee of New Zealand Super, joining the organisation in March 2003 as its Chief Executive Officer. But if Costello was its first employee, then Tim Mitchell could be considered employee number zero.

Mitchell initially consulted to the board that was tasked with establishing the fund and joined officially as its General Manager after Costello was appointed.

“The board was appointed in 2002 and then the chair, who I knew, called me and said: ‘We need some help here,’” Mitchell, who is now Global Head of Governance Consulting with Willis Towers Watson, recalls during an interview with [i3] Insights.

“I was with Treasury at the time. So I went with Peter McCaffrey, who is now with the Government Superannuation Fund Authority of New Zealand, and our role was to get the board established, set up the infrastructure and organisation.

“Then Paul Costello came on as Chief Executive on 31 March 2003 and I was technically the second employee.

“I told this story to one of our peers in Korea, Korea Investment Corp, and they said: ‘Ha! I’ll call you Mr Zero,’” Mitchell laughs.

“I always thought that would be good on a business card.”

Mitchell ended up spending more than 12 years at NZ Super and he knows as no other how important the relationship between the executive and the board was to get the organisation where it is today.

Board education was and still is an important part of this.

“We really had a multi-pronged board education strategy. What it aimed to do was to have a mixture of internal and external education, including meeting with peers,” Mitchell says.

“We recognised that as we were developing new frameworks that it was very important to take the board along on that journey, rather than beavering away as an executive and then giving a big reveal to the board.”

The internal prong centred on educational sessions, which usually focused on one specific idea.

“We recognised that board members had six board meetings a year plus a strategy day and so they are dropping in on the organisation every couple of months. We wanted to be really careful not to assume that board members always understood what we were talking about or remembered why things had been decided,” Mitchell says.

We recognised that as we were developing new frameworks that it was very important to take the board along on that journey, rather than beavering away as an executive and then giving a big reveal to the board

“So we would run an education session before a board meeting and it would not be part of the board meeting. It would be done as a breakfast briefing in an environment where board members wouldn’t feel bound by the pressure of a board agenda. We would take a topic and do a deep dive into that. But there would be no decision to be made; it was an educational session.

“Strategic tilting is a good example. It was a lot of work for the board beforehand, just taking them through the concepts and doing that in layers. As a general rule, for strategic projects we asked the board to nominate one or two members to get closer to the issue, so that they could have a more in-depth briefing and then when the issue did come back to the board, it had a couple of members there who could articulate it from a board members’ perspective.”

Often these sessions were repeated to ensure board members really made the material their own.

“For something that was really strategically important, strategic tilting for example, those sessions would be repeated quite often because they were really critically important for board members to understand and they were complex topics,” Mitchell says.

“The executives were sometimes saying: ‘Do we have to tell this story again?’ and we would say ‘yes’, because we just couldn’t assume that board members were on top of it. And what we found was that over time board members would become more and more engaged with the topic, asking more insightful questions.”

The second prong focused on engagement with external parties, predominantly peers at other pension funds and global conferences.

“New Zealand Super decided that it was really important for board members to get a global perspective, to get different sources of ideas and new ways of thinking,” Mitchell says.

“There were a couple of ways to do this. Every year we would put together a program and say: ‘Here are the conferences globally that we think are well-structured and have valuable content.’ Board members could identify which ones they were interested in and on average they would do one a year.

“Alongside that, each board member developed a practice to participate in the Rotman-ICPM (International Centre for Pension Management) board effectiveness program in Toronto, which was a one-week, residential program.

“They all went there and developed a common language from that and they developed relationships with global board peers. They could talk on a genuine peer, board-to-board-member level and exchange ideas. We thought that was very important.

“Then, New Zealand Super has had, for a while now, a very active peer engagement program with global peers, including Canadian, Australian and Dutch funds. To the extent possible or practical, we have tried to give board members some exposure to that level.”

You needed to provide context around the fund’s circumstances and investment strategy. You couldn’t have a board member come away and say: ‘We should do it the Canadian way.’ You didn’t want them to start chasing a new shiny object because they were wowed by the story they heard.

However, giving board members access to executives at other pension funds is not without its perils, he says, since they may have no knowledge of the background of the organisation or the set of regulations a particular fund is subject to.

“It is a tricky balancing act because having board members in the room was not always an easy part of executive discussions,” he says.

“We needed to put some thought around how we would structure that. You needed to provide context around the fund’s circumstances and investment strategy.

“You couldn’t have a board member come away and say: ‘We should do it the Canadian way.’ You didn’t want them to start chasing a new shiny object because they were wowed by the story they heard.”

Whenever a board member visited other funds or a conference they would be accompanied by an executive of NZ Super. The time spent together on these trips was equally important, Mitchell says.

“The travel time, the opportunity for executives to travel with board members over the course of what might be a week, was incredibly valuable in building trust between the board and the executive, and in understanding more nuanced perspectives,” he says.

Education is a continuous process, especially since board compositions change. When new board members come in at NZ Super, they go through an extensive induction process, which spans several days and involves meetings with senior executives, as well as a fair bit of reading. NZ Super comes with a manual, Mitchell says.

But where education works best is when new board members ask questions about the status quo and instead of the executives having the sole responsibility of answering, incumbent board members step in.

“The really sweet spot was when a new board member came in and asked: ‘Why are we doing this particular action?’ and another board member answered the question rather than the executive,” Mitchell says.

Strategic tilting is a topic that has come up more than once in this context, especially because it is a program that requires a long time horizon.

“There have been examples of where this understanding was passed on from board members who have gone through the development of strategic tilting, through the high and low points of the program.”

In his current role, Mitchell advises clients on these types of governance issues and brings his experience gained at NZ Super with him.

But in comparison with the early days of NZ Super, board tenures have tended to fall in length and in 2017 the average tenure was just 5.5 years, according to the Australian Prudential Regulation Authority. In contrast, NZ Super still has two board members with over 10 years’ service.

Asked if such an extensive board education program as NZ Super had could still be implemented today, considering the shorter time board members stay with funds, Mitchell says: “Yes, I do think it is still possible to do.

“But you need to structure this so you have a very staggered rotation of board members. This probably is the key for any board to think about: to make sure that you don’t have too many board members that come on or are rolling off because otherwise you would lose that continuity of knowledge,” he says.

Addressing the Transition to a Low-carbon Economy Crisis Risk Offset seems to work, but…