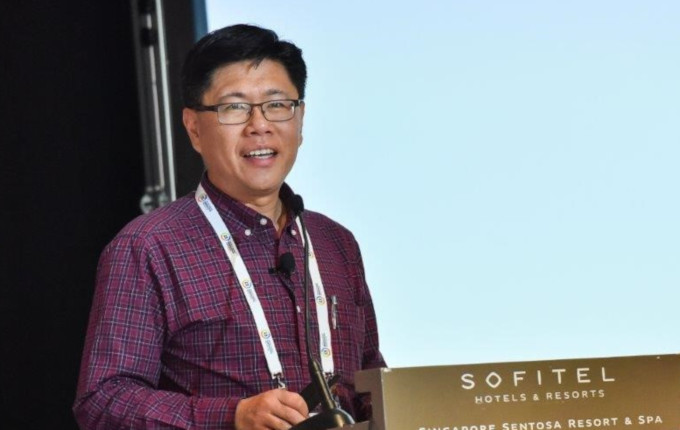 Is there an upside to the widespread disruption we see as the coronavirus rips through the world population? Teik Heng Tan explores the intersection of chaos and innovation throughout history.

The dictionary defines disruption as a disturbance or problem that interrupts, giving a somewhat negative connotation.

Who doesn’t remember the disruptive kid in class who gets banished to the naughty corner and, ultimately, detention?

However, the recent rise of Silicon Valley icons such as Amazon, Uber, Airbnb, to name a few, has boosted disruption’s ascension to fintech lexicons, where business and entrepreneurship is celebrated.

The optimism associated with disruption probably makes us reluctant to use that to describe our lives nowadays, as we are severely impacted by quarantine measures, travel restrictions and financial stress due to the coronavirus pandemic.

Can anything good come out of this?

Sir Isaac Newton was studying at Cambridge University when the Great Plague of 1665-1666 in England caused the shutdown of schools. This plague happened within the Second Pandemic, which was described as an extended period of intermittent bubonic epidemics in the mid fourteenth century, more commonly known as the Black Death.

Despite the setback, Sir Isaac returned home to Woolsthorpe Manor, where he almost self-taught and laid the foundations of what is known as calculus today. He also made famous discoveries in physics in the areas of light and optics.

This was also when he discovered the law of gravity, although the famous story about the apple dropping on him, leading to his ‘ah-ha’ moment, is less clear. The manuscript in the UK Royal Society’s archives only anecdotally refers to him drawing inspiration from the apple tree. Nevertheless, his famous apple tree continues to grow at Woolsthorpe Manor.

In February 2014, most of the London underground tube stations were closed due to a workers’ strike. Oxford and Cambridge academics Shaun Larcom, Ferdinand Rauch and Tim Willems took that opportunity to investigate the lasting impact of the change in behaviour of London commuters due to the transport disruption.

Interestingly, they found that commuters who had to seek alternative routes as a result of the three-day strike were significantly less likely to return to the usual pre-strike route of commuting.

These results suggest that the commuter found a better way to travel during the disruption. However, this is puzzling, as the commuter had every opportunity to do so voluntarily beforehand and benefit fully, yet only did so when forced by circumstances.

Behaviourial scientists would describe this conduct as ‘satisficing’. And it has taken a disruption to lead it to optimality.

Can’t get to work?

On 24 January 1975, jazz pianist Keith Jarrett was scheduled to perform at the Cologne Opera House.

As a result of a mix-up by the opera house, the Bösendorfer 290 Imperial concert grand piano was unavailable for Keith’s concert. Worse still, the replacement piano was one used for rehearsals and badly out of tune. The perfectionist in him told him walk away from an audience of about 1,300.

He only relented when concert promoter Vera Brandes begged him to change his mind. Instead of a musical catastrophe, Keith ended up recording the bestselling solo album in jazz history – The Köln Concert.

Despite the dire circumstances with malfunctioning high registers and sustain pedals, Keith more than made up with his consuming passion and delivered a magical masterpiece. That included avoiding playing certain keys and an extraordinary effort to drum up the volume on others. In fact, his mesmerising performance has never been replicated to-date!

And he almost never got to perform.

In June 1943, aircraft manufacturer Lockheed Martin was tasked to build a jet fighter to combat the German air threat during World War II. Under the leadership of ‘benevolent dictator’ Kelly Johnson, the team of engineers were deliberately isolated from the rest of the company, as they plotted to build America’s first jet fighter.

Due to the lack of space, the team worked in secrecy from a circus tent located next to a factory which permeated a stench, hence the code name ‘Skunk Works’.

The XP-80 was designed and built in 143 days, seven less than was required. The team then continued to operate during the Cold War against the Russians, delivering planes such as P-38 Lightning, F-104 Starfighter, U-2 and of course the famous Blackbird.

The success was attributed to Kelly’s unconventional approach, particularly his courage to break away from the corporate bureaucracy. Among Kelly’s 14 rules and practices, he demanded small but strong project offices and restrictive connectivity to outsiders – effectively a draconian self-quarantine measure!

Smallpox is believed to have been around for thousands of years, dating back to the time of the Egyptian pharaohs. Apparently, Queen Elizabeth I of England and U.S. President Abraham Lincoln were also infected but lived to tell the tale.

On May 8, 1980, the World Health Organisation (WHO) declared its complete global eradication.

According to the Professor Sean Carroll writing for the Project Syndicate, this momentous occasion was not possible just because of the vaccine. The fact remains that the vaccine had already been discovered in the 18th century. Yet this deadly virus was still infecting as many as 15 million people, killing about 2 million each year.

What was the tipping point?

At the height of the US-Soviet Union Cold War in 1966, Communicable Disease Center (CDC) scientist Donald Henderson had the audacity and nous to disrupt that geopolitical tension temporarily and brought both foes to join forces against the common enemy – smallpox. Despite being at war, both governments were determined to eradicate the disease. The rest is history.

The current coronavirus pandemic has fanned the wave of nationalism, with finger-pointing politicians keen to stoke flames of racism rather than address the root cause of the health crisis. Global geopolitical risks remain high, with the US-China trade tensions continuing to brew in the background.

Can those tensions be disrupted and set aside, for the good of humankind?

We humans are often known for our resilience and adaptability.

There is no question that a vaccine will be discovered in due course. That’s not the point here.

Perhaps, the disruptive nature of this pandemic can cause a paradigm shift in our thinking and attitudes, inconveniently improve our lifestyles and relationships, and inadvertently unleash our latent talents?

As Sir Winston Churchill said towards the end of World War II: “Never let a good crisis go to waste”.