There is no silver bullet in implementing risk frameworks.

First there was Deep Blue, IBM’s super computer which defeated world Chess champion Garry Kasparov in a match that spread out over six games in 1997.

It marked the first defeat of a reigning world Chess champion to artificial intelligence (AI) and caused much controversy over whether Kasparov had really tried his best.

Then earlier this month there was AlphaGo, Google’s Go-playing robot, which managed to defeat Korean grandmaster Lee Sedol.

Now, to many people Go might be just another stock standard game that comes preloaded on their mobile phones, but to Koreans it is an art form. It is studied full-time at universities across the country and Go competitions attract lucrative sponsor contracts and prime time television slots.

AlphaGo’s win drove some Korean Go enthusiasts to find their solace at the bottom of a bottle and sparked widespread fears about the possibilities of a Terminator-esque future.

But Dr Guan Seng Khoo shrugs his shoulders at the perceived triumph of AI.

“The current AI robots’ strength is still in deterministic-level problem-solving scenarios where the outcome is typically binary: win or lose,” he says. 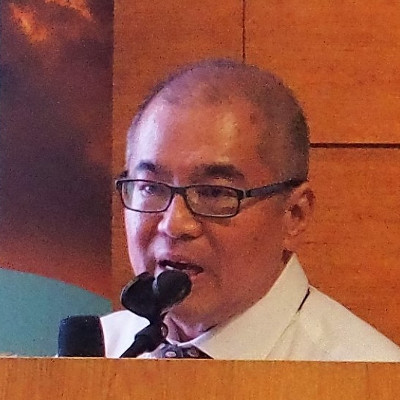 Most people don’t assess their exit strategy when they do due diligence on an investment and only look at the access strategy.

“So, I am not surprised they can beat Chess and Go grandmasters.

“They probably still can’t match humans when dealing with more multi-faceted problems, where the environments are more non-deterministic or where outliers are often manifestation of creative thinking,” he says.

Khoo knows a thing or two about AI. He has applied AI technologies in computer simulations in materials science, bioinformatics and finance and uses his knowledge in risk modelling.

And when it comes to modelling risks for investments, he is equally critical about the two-dimensional character of many assessment processes.

“My experience is that people don’t think about the whole ecosystem or life-cycle of an investment,” he says.

“Most people don’t assess their exit strategy when they do due diligence on an investment and only look at the access strategy.”

“But at various stages of the life-cycle you’ll find different types of risk,” he says.

Khoo has an impressive track record as a risk specialist. Most recently, he was the head of enterprise risk management at the Alberta Investment Management Corporation in Canada.

While before that he worked for Temasek Holdings, where he focused on developing novel investment performance and portfolio risk management metrics, applicable across the whole spectrum of investment asset classes and horizons.

It was here, at Temasek, where he developed his framework that looked at investments as a living and breathing ecosystem, undergoing constant change.

“Let say you invest in a stock in Mexico, you might look at the geopolitical risk, the macro drivers and idiosyncratic risk, but once the investment goes into your portfolio, you don’t look at it in isolation anymore.

“You look at it in totality and how it may impact your overall portfolio, your liquidity, your taxation and in terms of where you have committed capital to other investments.

“Then at the divestment stage, you might worry more about the valuation and how it might impact the valuation of the total portfolio. You look at whether it is a good time to sell or whether you might hold it for another year.

“So the considerations change along the various stages of the life-cycle,” he says.

There is no silver bullet in implementing risk frameworks, but Khoo says it starts with determining the organisations risk appetite and then assess the complete spectrum of risks and acknowledge that the various risks might change over time.