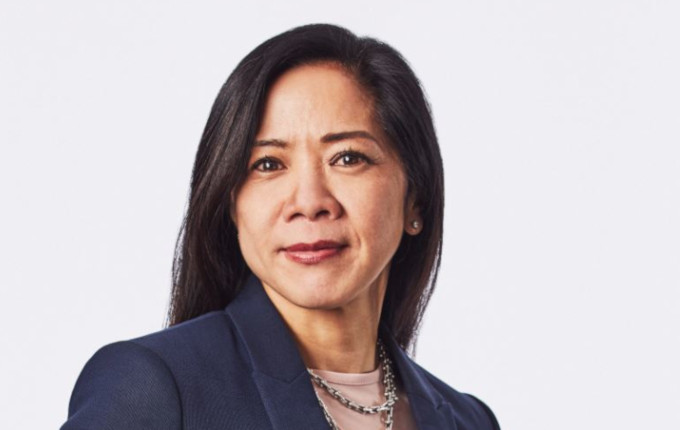 Ontario Teachers’ Deborah Ng talks about the flip side of ESG risk and the opportunities from the transition to a low-carbon economy.

When Larry Fink, Chief Executive Officer at BlackRock, announced in mid-January that the company would divest select fossil fuel holdings, critics were quick to point out the measures would affect less than 1 per cent of the US$7.43 trillion it holds in assets under management.

But despite the relatively small amount of capital affected, the move was an important signal to the market, Deborah Ng, Head of Responsible Investing and Director of Strategy and Risk at Ontario Teachers’ Pension Plan (Ontario Teachers’), says.

“Everyone has seen the letter and discussed it,” Ng says in an interview with [i3] Insights.

“I think the letter helped to bring climate change to the forefront of the mainstream. BlackRock represents a massive pool of capital in public markets, so the fact that they are saying they are doing something means that other companies feel they need to step up.”

The measures BlackRock announced were limited to its active strategies and did not extend to the US$5.2 trillion it holds in passive investments. But Ng points out that effecting change through passive holdings is a lot more difficult.

“I think there is a lot of work that needs to be done in that area and it is hard. Unless you are a BlackRock or a Vanguard, passive investors that are going to meet with a company have maybe 0.01 per cent [ownership]. They are not large holdings, so you don’t have a lot of influence,” she says.

It is better for companies to have a few large investors that care, because that forces them to do things. If you have a very wide investor base, then nobody has a say

“It is better for companies to have a few large investors that care, because that forces them to do things. If you have a very wide investor base, then nobody has a say.”

Ontario Teachers’ invests 80 per cent of its almost C$200 billion in assets internally and in public markets it takes mostly a high-conviction approach that results in concentrated portfolios. There are clear return-driven reasons for doing so, but it also means the fund is very selective when it comes to what it invests in and is not subject to ‘hugging the index’.

“We have a very concentrated portfolio and we do hold energy assets directly. But it has meant we have very low index exposure in Canada, which means we don’t have a lot of oil sands exposure that comes from our index investments,” Ng says.

“With climate change uncertainty, the economics for building long-lived, capital-intensive projects, such as oil sands, are less attractive than shorter-horizon low-cost producers, and that is where we focus.”

Ontario Teachers’ has a long history of responsible investing, starting in 2009. Ng, who has been with the fund for more than 15 years, has seen its program evolve into a comprehensive strategy that now includes the publication of annual responsible investment and climate change reports.

“We started looking at this in the tail end of 2009. It was COP 15 in Denmark [at the United Nations Climate Change Conference], which was the catalyst for us saying: ‘We need to have a more structured way of looking at climate change and ESG (environmental, social and governance) risk in the plan,’” she says.

“We had a really strong conviction that ESG or climate change has to be something that was part of everyone’s job. We weren’t going to have a pocket or department that was going to do the analysis, because that wasn’t going to be very effective.

“We needed to make sure [the investment teams] were aware of ESG, climate change and the issues that they cause, so there was a lot of education internally on that. I’d say in recent years it has really become embedded in the culture. Nobody questions that they have to think about these issues; it has been part of the investment process for a while now.”

Ontario Teachers’ does much of its investment research internally, producing its own reports on the various assets and companies it holds. In line with this approach, it has also developed its own ESG metrics, partly out of necessity, Ng says.

“We have a lot of private direct investments, but for private assets there is no [external] scoring available,” she says.

“In the public space, we have looked at scores and most of them have been black boxes. They also don’t have a lot of credibility with our investment analysts, because they will look at a score and then look at a company and there is often a disconnect between the two.

“Besides, there are big differences between the different research providers, so we haven’t really relied on them.”

There are big differences between the different [ESG] research providers, so we haven’t really relied on them

Instead, Ontario Teachers’ has developed a framework that draws on the work done by the Sustainability Accounting Standards Board (SASB), where Ng is a member of the investment advisory group.

“SASB has a framework to identify the material ESG factors for each industry sector, so that’s our starting place. We overlay that with a TCFD (Task Force on Climate-related Financial Disclosures) framework for looking at governance, strategy and risk management.

“And then using that as a framework, we want to see that there is strong governance: that there is board oversight, that senior management is involved and that it is built into the strategy of the company. Companies need to understand business drivers and how ESG impacts those.

“The framework is sector and asset class-specific, and we have completed two sectors and are working to complete this for additional sectors. We have also been working on being able to score this, which then allows us to aggregate it across the plan.”

When Ontario Teachers’ started its responsible investment program, the focus was on the risks associated with climate change. But this has started to change in recent years as the transition to a low-carbon economy is providing opportunities for new technologies and, therefore, businesses to grow.

“The flip side of ESG and climate risk is opportunity. We are collaborating with our portfolio companies to identify value-creation opportunities opened up by the transition to a low-carbon economy,” Ng says.

“Moving from risk management, from protecting yourself, to being a little bit more proactive. For example, assessing energy efficiency projects or water efficiency projects is managing some risk, but it is really an opportunity and will make a company more profitable.”

As part of its efforts to play into these developments, Ontario Teachers’ created the Greenfield & Renewables Group in the infrastructure team.

“The group was established partly to start to look into opportunities from the low-carbon economy transition. The bold decision to go into renewables early has paid off. Cubico, our renewables platform, is now one of the largest privately owned, global renewable energy firms, generating over four times more renewable power today than five years ago,” Ng says.

“We know that there is a huge need to invest in clean infrastructure and we are hoping for more deal flow, but everyone seems to just go into wind and solar and that makes it challenging going forward. We are looking at not just renewables such as wind and solar, but also other technological-type investments, such as smart metering, battery storage and micro-grid technologies. It takes longer to build up the portfolio, but it is an area we’re interested in.”

Canada’s economy, like Australia’s, is largely dependent on natural resources, but unlike Australia, the government has managed to implement a carbon tax.

In June 2007, Quebec became the first province to implement a carbon tax and in 2018 Canada’s Parliament passed the Greenhouse Gas Pollution Pricing Act, which established a baseline charge of C$20 per tonne of CO2 in 2019, rising to C$50 per tonne by 2022.

The constitutionality of this law is currently being challenged in court and its status will likely be decided by Canada’s Supreme Court later this year.

Given the wide range of opinions in the country, discussions about the transition away from fossil fuels are difficult, Ng says.

We, as a country, need to think longer term about our strategy, given we are a resource-based economy. How do we think about things like employment, which for fossil fuel-based resources is largely concentrated in just one province, Alberta?

“It is a challenge, but I do think that we, as a country, need to think longer term about our strategy, given we are a resource-based economy. How do we think about things like employment, which for fossil fuel-based resources is largely concentrated in just one province, Alberta?” she says.

“We try to be realistic about this. In a two-degree world there is still going to be demand for oil and the regulations and practices in Canada are quite strong. We actually have had a carbon tax on our biggest greenhouse gas emitters for a number of years now and part of that money goes to fund research on how we can further reduce the industry’s impact on emissions.

“Our preference is to work with those companies and say: ‘You guys need to be as competitive as the cheapest, lowest-cost oil out there.’ We are mindful that there are going to be countries where the standards are not going to be as strong. But you want to get to a point where resources can be developed in a responsible, sustainable way.”