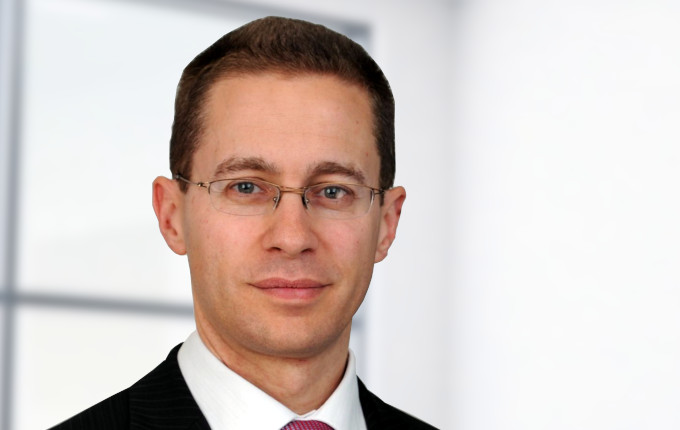 Predicting the next financial crisis is hard.

What causes the next crisis is almost certain to be different from what caused the last one.

But should we not at least try to take some measures when we think regimes are about to change?

“We’ve had a theme of ‘lower for longer’ for quite some time now and that means we believe in lower inflation, lower rates and low bond yields, and that is going to stay here for quite some time,” Russell Clarke, Chief Investment Officer at VFMC, says in an interview with [i3] Insights.

“But we felt that there were still going to be periods of crises and we didn’t really have adequate means of identifying them ahead of time and having the opportunity to de-risk the portfolio.”

VFMC already runs a dynamic asset allocation (DAA) program and has done so for the past 10 years. But Clarke says this doesn’t really cover regime changes.

“The dynamic asset allocation approach tends to take a time horizon of anywhere from three to 12 months, and takes relatively modest tilts around the strategic benchmark portfolio. So you have a range of relatively small positions that are on for much of the time and adds incremental alpha over time,” he says.

Our cycle-aware asset allocation will help us manage through turning points. It tends to have no position the majority of the time and it takes large positions at certain points of time

But DAA doesn’t work very well in responding to impending crises, which tend to develop over longer time periods and require more drastic changes to the asset allocation to combat.

VFMC has, therefore, developed a new program that allows the investment team to take larger reductions in equity holdings if it signals an impending drawdown.

Scheduled to go live shortly, the new cycle-aware asset allocation program, as it is called, can reduce equity holdings in 5 per cent increments depending on the signals it receives.

“Our cycle-aware asset allocation will help us manage through turning points. It tends to have no position the majority of the time and it takes large positions at certain points of time,” Clarke says.

“Whilst obviously a hard thing to do, this will help better inform us to potential turning points in markets and become another tool in our toolkit.

“We have just finished the development of a whole series of models that help us do this. Of course, any back-test has to be treated with caution and I acknowledge that, but it has had a pretty good track record of picking a range of different past crises.”

The models have been running for a number of months, but VFMC still needs to finalise all aspects of the operational infrastructure for it to transact on. “We have finished all the model development; we are now just finishing some of the operational plumbing,” Clarke says.

[Around September 2019,] we were heading towards the negative signal threshold, which would have meant we would have taken a substantial amount out of equities.

But already the models have picked up a few interesting trends, he says.

“The signals are deliberately calibrated to have a high threshold to turn on and about three months ago [around September 2019] we were heading towards the negative signal threshold, which would have meant we would have taken a substantial amount out of equities. But they didn’t get to that point and more recently they have actually flipped back to neutral, so they are not indicating that the end of the cycle is right upon us,” he says.

“The signal has improved since then because economic data has been better, the yield curve turned positive and there are no major signs of capacity constraints, which were indicated at certain points before.”

Developed by VFMC’s Portfolio Management Group, the cycle-aware asset allocation model has its foundation in existing signals from its DAA approach, but the metrics are applied in a different way that look longer term and with a contrarian perspective.

We are going to turn it on at full strength. You don’t get many chances to respond to a crisis, so there is no point in taking small positions when one comes along

“An example would be unemployment. Imagine a situation where unemployment continues to fall, which in a near-term, dynamic asset allocation approach would nearly always be a positive indicator,” Clarke says.

“The way that the cycle-aware process works is that if your unemployment falls below a certain level, then you run into capacity constraints, and then you get inflation and rising rates and that is an end-of-the-cycle signal.

“There are about 20 different signals that go into this cycle-aware asset allocation process and they fall in four broad buckets. Some of the signals would be obvious to you, but they might be used differently than they might be in other parts of the portfolio.”

VFMC is close to finalising the implementation of the program and when ready it will be run at full capacity.

“We are going to turn it on at full strength. You don’t get many chances to respond to a crisis, so there is no point in taking small positions when one comes along,” Clarke says.