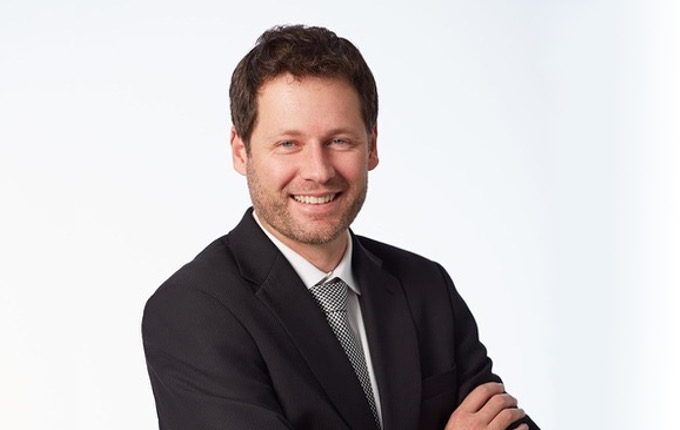 Crescent Wealth is set to become Australia’s first investor into the rising asset class of Sukuk, a form of Islamic fixed income. Sukuk will help CIO Jason Hazell to further to increase the fund’s diversification.

Crescent Wealth is not your average pension fund.

As Australia’s only Islamic superannuation fund, it needs to invest its money in compliance with Shariah law and this means that, right from the start, its investment universe is different from those of other institutional investors.

Banks and insurance companies are excluded because Islamic law doesn’t allow interest to be charged, Crescent Wealth Chief Investment Officer Jason Hazell says. But it is not the only exclusion Hazell and his team have to observe.

“We also exclude alcohol, tobacco, gambling, munitions and pork. It becomes difficult to replace a whole range of those factors,” Hazell says in an interview with [i3] Insights.

When some of the world’s largest pension funds started to exclude tobacco, there was much discussion around whether this would impact on the returns of the funds.

An oft-quoted study by Wilshire Associates says United States pension fund CalPERS left an estimated US$3 billion in returns on the table between 2001, when it sold off its tobacco holdings, and 2014.

The report prompted investment staff at the fund to recommend reinvestment in the sector.

We are not going to wake up one day and put tobacco stocks in the portfolio because we think we are missing out on returns. Our biggest risk is that our members don’t have a Shariah-compliant fund

But Hazell says these discussions are not relevant to Crescent Wealth as compliance with Shariah law is of paramount importance and so the restricted universe is not just accepted, but treasured.

“We are not going to wake up one day and put tobacco stocks in the portfolio because we think we are missing out on returns. That is just not going to happen. Our biggest risk is that our members don’t have a Shariah-compliant fund,” he says.

“However, we don’t believe that we are missing out on returns as recent academic evidence suggests that there is no statistically significant difference between the return profile of global Islamic and conventional equity indices.”

The rules for what the fund can and cannot invest in are set by the Accounting and Auditing Organisation for Islamic Financial Institutions. “What we’ve recently been doing is putting these rules directly into the mandates of our managers. So with those constraints in place we say to our managers: ‘Go for your life,’” Hazell says.

The Challenge of Defensive Assets

In addition to the customised mandates to external managers, Hazell also has started to explore alternative assets in order to further diversify the fund’s portfolio.

“One of our exclusions is fixed income. We have been researching for some time now an emerging asset class, which is a form of Islamic fixed income, called sukuk. We are well advanced in the process of making a direct investment into sukuk,” he says.

“We are the only Islamic super fund in Australia and as such we will be the first to issue a sukuk mandate, pioneers of Islamic investing in Australia, if you like.”

Sukuk gives Crescent Wealth the ability to add assets with more defensive characteristics to the portfolio, a key challenge in achieving the right level of diversification, but Hazell says the asset class is not a straight replacement for developed-market sovereign debt.

“It will give us a lot of the return profile of fixed income, but it is probably more analogous to emerging-market debt,” he says.

We scale the allocation to sukuk based on an allocation to emerging-market sovereign debt, but it has an attractive risk profile and that appears to be due to the fact that most investors in the sukuk market are Islamic banks that buy and hold

“So we scale the allocation to sukuk based on an allocation to emerging-market sovereign debt, but it has an attractive risk profile and that appears to be due to the fact that most investors in the sukuk market are Islamic banks that buy and hold.

“It is a very interesting new asset class that is starting to make its way into the global benchmark. Some of the larger bond funds are looking at it.”

Since the charging of interest is not allowed under Islamic religious law, a sukuk is structured around the contractual promise to buy back an instrument at a future date. The issuer of a sukuk sells an investor a certificate, and then uses the proceeds to purchase an asset in which the investor also has partial ownership. The issuer in turn promises to buy back the bond at par value.

The first sukuk was issued by Malaysia in 2000 and Bahrain followed suit in 2001. The market has grown rapidly since then and in 2018 global sukuk issuance rose to A$179 billion, up 5.5 per cent from the year before, according to figures from the International Islamic Financial Market.

“It is one example of where we can find an alternative, otherwise we will have to create Shariah mandates, which we have done for other asset classes. We have Shariah-compliant Australian equities, global equities, AREITs (Australian real estate investment trusts), direct real estate and then, of course, cash,” Hazell says.

Most pension funds around the world have a home bias, expressed by their overweight in domestic equities. In Australia, the tax benefit that comes with franking credits has only added to this home bias, making super funds important players in the local stock market.

But Crescent Wealth’s portfolio has a relatively modest home bias. Its balanced fund option has only seven per cent in Australian equities, while its growth option has 10 per cent.

This is still higher than the four per cent weight of Australia in the MSCI All World Index, but significantly lower than the average balanced fund option, which often has a weighting to Australian equities of 20 per cent to 30 per cent.

Hazell says the lower allocation to domestic equities is partly due to the desire to lower the home bias, but more so because its restricted investment universe changes the risk profile of the Australian market.

“From a risk/return perspective, if you take out 30 per cent of the market in banks and insurance companies, and you can’t invest in Woollies and a few of the other consumer staples, then you end up taking around 35 per cent out of the market. That changes the risk profile,” he says.

“What we’ve done is assumed that our Australian equities portfolio is a bit higher risk than a standard portfolio. We penalised it from a risk perspective, which down-weights the asset class in the asset allocation optimisation.”

If you take out 30 per cent of the market in banks and insurance companies, and you can’t invest in Woollies and a few of the other consumer staples, then you end up taking around 35 per cent out of the market. That changes the risk profile

The restrictions require a thoughtful approach to constructing a domestic equity portfolio and Crescent Wealth has just appointed a new manager, which has been given tight rules on what it can and can’t invest in.

“The obvious incorrect conclusion would be to buy just small caps, but there is a whole range of stocks that we can own. We have just appointed a new Australian equity manager, SG Hiscock, and they have done a great job of creating a portfolio for us that is broad market. That portfolio has delivered over 30 per cent in 2019 and is outperforming the ASX 300,” Hazell says.

“Our direct property portfolio has been custom made for us. It is a Shariah-compliant healthcare portfolio. The fascinating thing about Shariah compliance is that obviously we can’t invest in a gambling company, but there is also a look-through aspect. So we would also screen out a real estate company that has a casino as a tenant.

“But overall, Crescent Wealth runs a higher level of cash than other super funds and so we are very conservatively positioned at this stage of the cycle. We continue to seek prudent Shariah-compliant investments to broaden the diversification of our super fund options while ensuring that our members’ investment is at all times Shariah-compliant.”

The Rise of 3D Printing  Managing the Cycle with VFMC