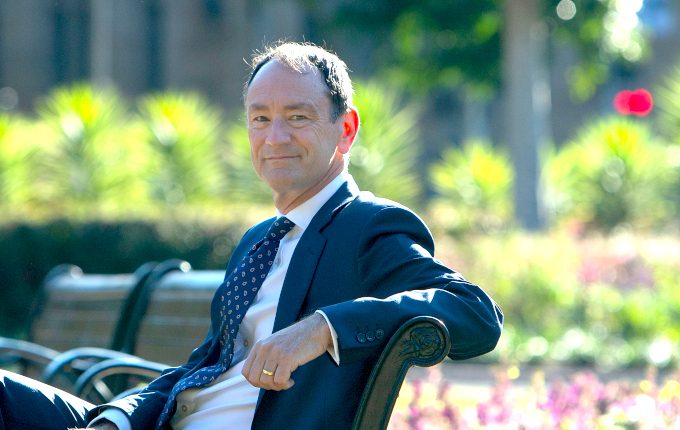 At 36 years of age, TCorp (NSW Treasury Corporation) has been through a remarkable journey.

As a result of the amalgamation of the investment teams of Insurance and Care NSW (icare) and SAS Trustee Corporation (State Super), it transformed from an organisation that managed $17 billion only five years ago to a $107 billion behemoth, spanning both asset management and debt issuance activities, with $75 billion on its balance sheet.

With the amalgamation largely completed and a new management team in place, it was time to take a critical look at the way investments were handled.

David Deverall, who took on the role of Chief Executive in 2016, says it made sense for the organisation to move away from a traditional, proxy-based investment approach to a more dynamic, technology-driven strategy.

“Historically, clients would come to us and say: ‘We’ve got an investment objective of CPI plus 4 per cent.’ And we would say that we would do CPI plus 4 per cent and set some risk parameters around it: a level of volatility not greater than a certain target. So you get a return objective and some volatility objectives,” Deverall says in an interview with [i3] Insights.

“Then what our industry has historically done is create a proxy for that, basically a strategic asset allocation. That is a pretty good proxy, because over the long term you’ll get CPI plus 4 per cent if you do a 70/30 portfolio or something like that.

TCorp decided to visit peers in Australia and around the world to see if anyone had solved this issue, but was disappointed to find few organisations had managed to tackle it.

“Often it has been met with a bit of a shrug of the shoulders. Within superannuation funds in Australia, we often get the answer: ‘We would love to talk to you about that problem, but we have our league tables and APRA (Australian Prudential Regulation Authority) looks at those league tables too,’” Deverall says.

“They are caught in that horrible world of being wedded to this proxy.”

The Role of Technology

Internationally, there were some great ideas, but ultimately there wasn’t a clear model that would work in Australia either. In the end, TCorp found a solution in technology.

“With the advent of greater computing power and some of the new systems being developed, we now have the capacity to really understand what is going on in our portfolios in a way that people never have been able to do in the past,” Deverall says.

“What that allows us to do is not to be wedded to this proxy, this rigid strategic asset allocation.

“We can actually manage the portfolio according to the client’s investment objectives and then adjust the portfolio in a much more dynamic way, based upon the individual assets that we see, because we have the data to do it.

“So we no longer have to say: ‘We think equities are overpriced and we are going to move into bonds,’ which is the hardest thing in the world to do. Instead, we are always looking at what investment opportunities are more in line with the client’s risk/return objectives than what is currently in their portfolio.

“We might put in an airport that will allow us to take some equity risk off the table. But then, because you are looking at the risk/return characteristics of the client’s portfolio in every single investment, it means you end up with a portfolio that is not going to look like a 70/30 proxy or an 80/20 proxy.

“We think that is a better way of doing that, but it is technology that has allowed us to do that.”

To enable the most efficient way of implementing this, TCorp consolidated all of its investment holdings under one custodian.

“We now have a single custodian, JP Morgan, for all of our assets, while previously we had three custodians. This means we’ve now got a single source of truth,” Deverall says.

“We are also implementing the Aladdin system from BlackRock, which allows us a level of portfolio risk analytics which we never ever had before.”

Reaching out to Peers

Deverall gives credit to the Future Fund and New Zealand Super for setting TCorp on a path of managing money more dynamically, while discussions with a number of Canadian funds were fruitful too.

These open discussions with peers have proven so successful that TCorp has entered into formalised partnerships with a select few organisations to discuss issues they all face on a regular basis.

Since TCorp manages money and issues debt, it has two separate formats to do so.

“On the investment side, we spend a lot of time with our domestic peers,” Deverall says.

“We’ve got a forum, called the Sovereign Funds Forum, which is a group of chief executives, including the Future Fund, New Zealand Super, TCorp, VFMC, QIC and Funds SA.

“We initially got together about three years ago and thought: ‘Hey, let’s talk to one another.’ We are all government-owned entities, we are all looking after government money. So that is a group that we work closely with and we really like the way that all of their models are at different stages of evolution.”

The forum gets together twice a year and this month it is hosted by the Future Fund.

“We do what we call ‘Around the Grounds’, so we go around the table and say: ‘What are the top five things on your agenda?’ We spend a lot of time comparing notes and that can be anything from government policy to the state of markets,” Deverall says.

“A lot of it is about the use of technology and data. Many of our organisations are effectively turning into technology companies. How do we stay abreast of the latest trends in terms of that?

“We also discuss people management-related issues, because for many of us we are not able to pay the same as the private sector, but we want to attract the very best talent in the world.

“So how do we craft our value proposition to future employees?

“We are all of the view that it is a more rewarding experience being able to have a significant impact on the financial outcomes for the governments for which we work. Given that we are citizens of that state, we are directly benefiting the communities that we live in.”

We are increasingly looking to do [co-investments] with our Australian peers as well. It is a natural area for us

TCorp has also been in contact with some of its international peers on the asset owner side and has even entered into a number of co-investments with Canadian pension funds.

“In Canada, there are organisations such as Ontario Teachers’ Pension Plan, PSP and CPPIB that we have good working relationships with, not just in terms of talking to each other, but investing together as well. That has been very helpful for us,” Deverall says.

At the end of 2017, Ontario Teachers’ Pension Plan sold 15 per cent of Bristol Airport and 7.2 per cent of Birmingham Airport to TCorp. At the same time, it did the same deal with Sunsuper too.

More recently, TCorp entered into a similar transaction for a number of infrastructure assets in Canada, in an as-of-yet unpublished transaction.

“We are increasingly looking to do those kind of opportunities with our Australian peers as well. It is a natural area for us,” Deverall says.

So far, cooperation locally has been mainly in terms of strategic discussions, but he expects to move into co-investments over time too.

“The idea is that we don’t want to force the investment relationship, but sometimes they just happen naturally. The better you know someone, the more likely you are going to do business together,” he says.

TCorp has also built relationships with a number of British and European funds, including University Pension Plan and the Wellcome Trust. The reason these discussions work is because the organisations are not in competition with each other and can learn from each other’s experiences, Deverall says.

“We have a level of peer support and camaraderie that you would never get in the commercial world. We are not competing with one another for each other’s customers. That is a key difference. On the margin, we might be competing for the same talent. But generally speaking we are very open with each other,” he says.

TCorp participates in a similar executive forum for government debt-issuing authorities and even joins forces with these organisations in presenting to overseas investors.

“We talk about the issues germane to financing authorities, such as borrowing internationally.

“When we go to Japan, which has worked very successfully for us, rather than have TCorp or Western Australian Treasury Corporation go to Japan, let’s all go to Japan together.

“So we organise conferences in Japan, once every 12 to 18 months, where all of the jurisdictions go to Japan and get on a platform together and we all speak to all the Japanese investors together. We get about 100 Japanese investors.

“In one or two days, in a coordinated day, we can achieve a set of messages that Australia can give to the Japanese investment community, which allows all of us to go out and borrow money in a more efficient way.”

The more dynamic approach to investing, with sensitivity to client risk and return objectives, also lends itself well to implementing a whole-of-portfolio approach.

Yet, TCorp has over 150 clients in total. Not only does it supply investment services to its three largest clients, icare, State Super and Treasury, but also to a whole range of local governments and other government organisations.

“For example, we invest money for the Art Gallery of NSW, Cemeteries NSW and the Sydney Opera House,” Deverall says. “While some of these clients might have only $50 million with us, they are still really important clients for us.”

“Each of them is managed by a portfolio manager, who is supported by a set of analytical tools. If we see an investment opportunity, then of course we will offer that across all of our funds. It doesn’t just go to one fund,” Deverall says.

In the past three years, TCorp has also started lending money to local governments and has built up a loan book of over $600 million.

“They can’t borrow money so they can sustain a budget deficit, but they can borrow money for particular projects, which can be sewage works, road works, et cetera.”

This new service is part of TCorp’s ambition to be a proactive financial services provider, he says.

“We are now less of an organisation where the phone will ring and a client will say ‘we need more debt’ or ‘Could you invest this money for us?’” he says.

“We now go out to them and develop a long-term relationship with them, starting with their board, their CFO, their finance director and help them achieve their financial goals.”

E-commerce is Polarising Real Estate Control What You Can Control