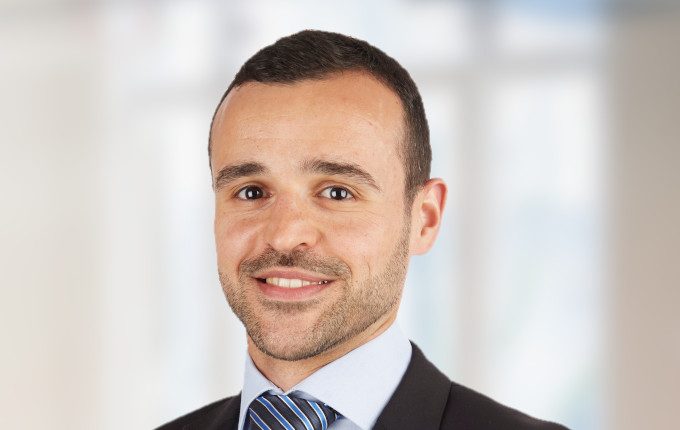 Hostplus gives the lie to a perception that superannuation funds do not or will not invest in Australia’s residential sector.

The Melbourne-based fund has been active in residential development since the mid-2000s and its residential investments have not detracted from its overall performance.

Ranked as Australia’s best-performing super fund for the past three, five and seven years, Hostplus currently has five Australian residential projects on its books.

These will deliver thousands of apartments, hundreds of townhouses and hundreds more housing lots, providing accommodation for thousands of families.

While the level of exposure is unprecedented for an institutional investor, for Hostplus it currently amounts to less than 2 per cent of its growing property bucket.

“Equity commitments for our residential development portfolio are on average $30 – 40 million per project. Within our $5.2 billion portfolio, the total allocation to this strategy is just under $200 million, including undrawn commitments, Spiros Deftereos, Hostplus Head of Property, says in an interview with Florence Chong.

Our investment in residential goes back to 2005 and 2006. We were among a number of super funds investing in the residential sector prior to the global financial crisis

“We are comfortable [with our investment]. If you look at the macro drivers for residential, there is still an aggregate undersupply.”

He adds: “Our investment in residential goes back to 2005 and 2006. We were among a number of super funds investing in the residential sector prior to the global financial crisis.

“When the GFC struck, most domestic super funds pulled out of that sector,” he says.

Back then, Hostplus was a small fund, and it mainly sought exposure through funds.

In 2013, Hostplus refashioned its current residential strategy, which it implemented exclusively through the industry fund-owned asset manager ISPT.

Deftereos says Hostplus has been able to leverage off ISPT’s expertise and its strong relationship with development partners.

Hostplus’ single largest exposure is the $2-billion redevelopment of Melbourne’s Moonee Valley Racecourse Club (MVRC), in partnership with Hamton over the next 10 to 15 years.

Deftereos told [i3] Insights: “We are looking to develop approximately 2,000 dwellings comprising townhouses and apartments, integrated with lifestyle and community amenities including circa 20 hectares of green space.

“The MVRC will separately build a new grandstand and racetrack adjoining the residential precinct,” he says.

In another large-scale development, Hostplus has partnered with developer Villawood to undertake land subdivisions in Helensvale, on the hinterland of the Gold Coast. The super fund invested in a $400 million joint venture with Villawood back in 2015.

“We started on the land subdivision project three years ago,” Deftereos says, adding that contrary to reports of a weak market, the project is doing very well.

“The Gold Coast market is made up of quite a number of sub-markets. The apartment market generates a lot of headlines, as does the land market on the outskirts of the Gold Coast.”

Deftereos differentiates the Helensvale project from others on the Gold Coast, saying that it has unique features.

“It is situated on an old golf course site in an established suburb next to a major transportation hub, and in proximity to a Westfield shopping centre,” he says. “We see this as an extremely attractive asset.”

Deftereos says the residential portfolio is diverse with projects ranging from land subdivisions to medium to high-density development.

“This is a re-zoning play,” he says. “There is potential optionality with the site repositioning.”

In a second venture with Roxy Pacific, the partners acquired a large inner-city apartment development site in Brisbane.

Deftereos acknowledges the challenges facing Brisbane’s inner-city market, and says an oversupply correction will continue to play out in the coming years.

But buyer sentiment has seen a boost since the May federal election. Anecdotally, buyer inquiries are up, and these are translating into ‘a slight uptick’ in sales.

“A number of our projects are multistage long dated projects that will evolve over multiple cycles ” says Deftereos.

But the apartment market is not uniform. Depending on the specific sub-market, pricing and building quality, some markets continue to perform better than others.

One such project is the Hostplus joint venture with Sydney developer, Galileo, in the so-called courts precinct bounded by King and Philip Streets in central Sydney.

You’re taking a relatively high risk exposure by investing in development generally, but we are selective. It is a cyclical market, so we will always have projects that outperform and those that deliver in line with our expectations

“We have made a significant number of presales,” says Deftereos. “Given the location and the quality of the offering, there isn’t a lot of competition in that area.

“So we have managed to capture part of the market with the legal fraternity and downsizers who embrace city living close to parks and amenities.”

The project, said to have an end-value of $330 million, offers 103 multi-million-dollar apartments with views of the city and Hyde Park.

Despite the downturn in the apartment sector, importantly, developers are not offloading land. Deftereos says he has not seen development sites in good locations come on to the market in distressed circumstances.

“We certainly have both the appetite and capacity to continue to invest in residential projects, he says.

“The challenge, of course, is finding projects where you can buy into at a land price that enables you to deliver a good project and still make an appropriate return. Land prices in key locations have seen significant increases in recent years.

“You’re taking a relatively high risk exposure by investing in development generally, but we are selective. It is a cyclical market, so we will always have projects that outperform and those that deliver in line with our expectations,” he says.

On balance, Deftereos says Hostplus has received aggregate returns ‘in line with expectations’.

Residential projects are generally self-liquidating. Of the current crop, Deftereos says: “Certainly, one project is delivering positive net cash-flow, and we are receiving distributions back.”

So why risk tying up capital for a long time on large multi-year projects? “Because we have the ability to absorb and deal with illiquidity,” Deftereos says, pointing to the youth of the fund’s 1.2-million members. Their average age is 35.

“The young member demographic enables the fund to have a long-term view and take on a higher illiquidity exposure compared to our peers,” he says.

“We look at investments that, with active management, will provide us with a total return profile comprised predominantly of income and some real capital growth. The income return ultimately has to have an appropriate level of inflation protection,” he says.

Property, including residential projects, plays a central role in achieving this objective, giving the fund a stable, durable return profile over a long-term horizon.