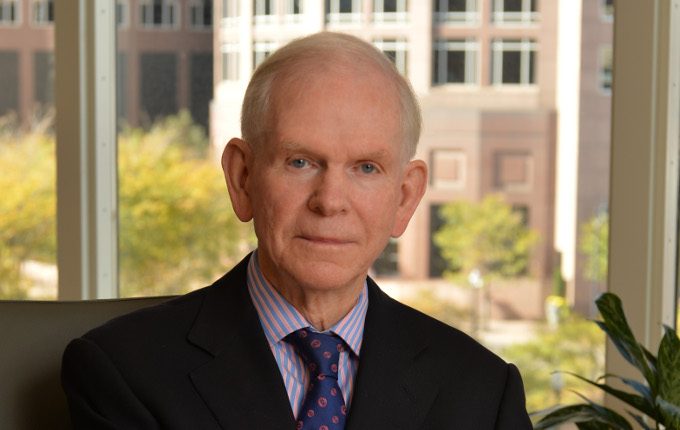 I just got off the phone with investment pioneer and co-founder of Grantham, Mayo, & van Otterloo (GMO) Jeremy Grantham, who was discussing his newfound passion for battling climate change in a conference call for Australian media, and amidst the doom and gloom of the figures he presented I couldn’t help but ask him a more frivolous question:

His answer was rather hilarious, so I thought I share it with you.

“I was thinking of posting something about driving a Model 3 Tesla in 5 degrees Fahrenheit (-15 Celsius),” he tells me.

“I had to leave my Tesla outside where we go for the weekend and I couldn’t get in the damn thing, because the fancy door wouldn’t open.

“I spent half an hour with a hairdryer with a long extension cord and I nearly died from cold. It was 20 degrees Fahrenheit below [zero] with the wind chill effect and there were howling winds,” he said.

I spent half an hour with a hairdryer with a long extension cord and I nearly died from cold.

The image of the 80-year old Grantham, whose fortune has been estimated at about US$1 billion, bent over the door of his car with a hairdryer, refusing to let the car get the better of him and call someone to open it had me in stitches.

But it also shows the determination that has made him so successful.

“I finally melted the damn thing and opened the door,” he says. “And then when it started to charge, I realised that in really cold weather it charges at about a third of the normal rate and even after three hours it only got up to about half the speed of normal charging.”

“Then when I drove home to Boston, it took a 112 miles to do a 70 mile journey, so it is a California car and I was really glad I bought the extended 300 mile range,” he says.

Ever the value investor, Grantham’s description of his ordeal contains echoes of Benjamin Graham.

“We found out the hard way that when it is really, really cold you have to allow a huge safety margin,” he says.

But despite this experience, Grantham loves the car. He received his Tesla Model 3 in November last year and says it makes the act of driving a pleasurable experience.

“It drives beautifully. The centre of gravity is very low because of the battery weight, a thousand pounds of battery,” he says.

“It is [also] a weird experience; a rocket takeoff. But it is a brilliant car; it is the only car that my wife or I have ever enjoyed driving.”

For a more serious article on Jeremy Grantham, please keep an eye out for the February edition of [i3] Insights, which contains GMO’s approach to investing in climate change. It is due to be published on Thursday 7 February 2019.

For an in-depth interview of our resident columnist Daniel Grioli with Grantham, please listen to our podcast.

Fintech – Beyond the Buzzwords Hayne’s Roadmap to Governance