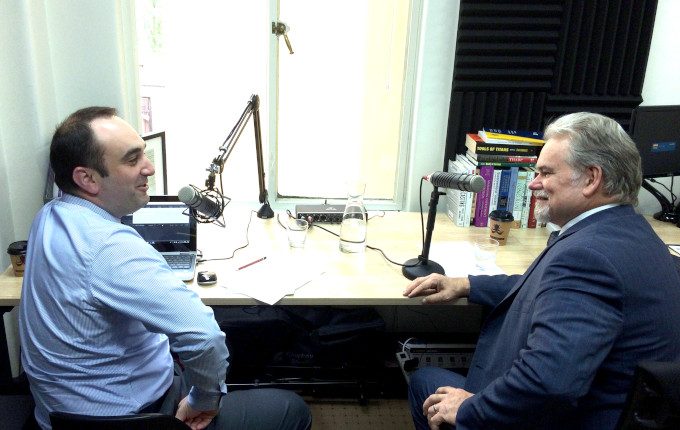 It has sometimes been portrayed as the Battle of the Quants.

For some years now, AQR founder Cliff Asness and Research Affiliates founder Rob Arnott have been at loggerheads over the question of whether you can time factors or not.

And it is a question that has occupied the minds of many asset owners, not just these deans of quantitative investing.

But if we believe Arnott, who in the past has worked together with Asness on several papers, there is no battle at all.

“The controversies are kind of one way: I write papers and he attacks them. I stay pretty quiet in all of this because I don’t see any upside in quibbling about stuff,” Arnott says in a podcast interview with MarketFox columnist Daniel Grioli.

Asness has been particularly critical of Arnott’s paper, “Timing ‘Smart Beta’ Strategies? Of Course! Buy Low, Sell High!”. He argues that rather than timing factors, investors should aim for diversification.

“Our research supports the approach of sticking to a diversified portfolio of uncorrelated factors that you believe in for the long term, instead of seeking to tactically time them,” he and several of his AQR colleagues write in a report countering Arnott’s arguments.

But Arnott says the differences in opinion are smaller than they seem.

“Cliff was critical of that paper, but he and I agree for the most part,” he tells Grioli.

“We disagree at the margin and if factors are priced reasonably close to historic norms, why waste your time? Why waste your trading-cost budget making bets on weak signals?

Cliff [Asness] was critical of that paper, but he and I agree for the most part

He explains his position with a simple thought experiment.

“One money manager looks at that and says: ‘Okay, I like this idea. I don’t know which is going to work, so best I just equal weight them.’ All right, that gives you 2.4 percent value add per annum.

“Not bad. It’s not the 6 per cent people like to think they’re getting from factors, but it’s a decent return.

“Let’s suppose you go to [another] money manager and this money manager says: ‘I don’t know which is going to perform best, but I can compare its valuation with its own historic norms.’

“So those who say factor timing doesn’t work just have not done their homework. Yes, it works. Yes, it adds to your tracking error, so it must be done judiciously. And yes, if you’ve got outliers, extremes of valuation, you can use that information in a prudent well-diversified way.”

“If you buy what’s cheap, the chances of you buying on the bottom tick are slim to none,” he says.

And here is where Arnott argues he and Asness don’t differ hugely in opinion on the matter.

“Cliff acknowledges that if you limit your active bets to the outer quintiles of the distribution, then making some bets makes some sense,” he says.

One of the big failings of the quant community: we view everything as a signal instead of viewing it as an asset

Yet, there is much reticence in the investment industry to factor timing and Arnott believes this is partly due to the tendency of researchers to view signals in isolation rather than in the context of the broader market.

“The notion that academia has been guilty of data mining and identifying the factors with the best performance … without ever asking the question: ‘How much of my historical performance came from rising valuations?’ is to me deeply disturbing,” he says.

“It means that academics are forgetting that when you’re investing in factors you don’t buy the factor, you buy the assets, you’re buying businesses. And in so doing, businesses can get expensive or cheap and so can factors.

“I think [it is] one of the big failings of the quant community: we view everything as a signal instead of viewing it as an asset.”

So how big a bet should investors be willing to take on whether a particular factor is expensive or cheap? Arnott says this depends on the organisation and their willingness to withstand bad years.

“Look at the dispersion of historical returns and ask yourself: ‘How big a bet am I willing to make that won’t prompt me or my investment committee or my client to second-guess the decision in the face of a couple of bad years back to back?’” he says.

“Because no matter who you are, no matter what strategy, you’re going to have a couple of bad years back to back somewhere along the way. And when that happens you don’t want to be out there with a bet large enough that it invites second-guessing, because your customers are not helped by using a brilliant strategy that they’re going to pull the plug on at exactly the wrong moment.

“So you want to scale your bets to a size where you could withstand a few bad years back to back. If you do that, then you’re probably pretty good.”