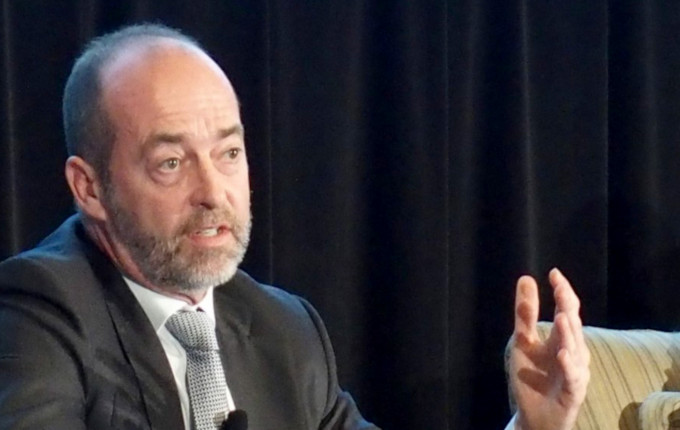 Much has been made of the perceived clash between Cliff Asness, founder and Chief Investment Officer of AQR, and Rob Arnott, founder and Chair of the Board at Research Affiliates, over their different views on factor timing.

Can it be done, or can it not be done? That is the question.

Arnott has been placed in the yes-it-can-be-done camp, while Asness has been put in the opposite camp.

But in a 2018 podcast for [i3] Insights, Arnott indicated he believed Asness’s views weren’t all that different from his own.

Now, the two parties have come even closer together in their opinions, as AQR has come out and said it is time to “sin a little”.

[I3] Insights spoke to Scott Richardson, a Senior Member of the Research and Portfolio Management team and Co-Head of Fixed Income at AQR, on his recent visit to Australia and asked him delve deeper into this issue and what defines factor timing in the first place.

“It is very hard to time. You should diversify across [factors], because if you don’t, you are foregoing the benefits of diversification,” Richardson warns.

“[But] there is an opportunity cost in terms of timing and we do have that discussion in the context of equity markets. Would we do a little bit of factor timing in equity markets? Yes.”

Much of the discussion centres on the question of whether the value factor is cheap as it has been out of favour for quite some time.

But when you ask the question of whether value is cheap, you are trying to measure the factor of a factor.

Would we do a little bit of factor timing in equity markets? Yes.

Some investors fear this type of thinking will lead you down the rabbit hole, because then you can also ask questions about the momentum of value or even the momentum of momentum.

Richardson says this concept is actually less esoteric than it might sound. Taking the momentum factor as an example, he explains how investors could apply a tilt.

“Momentum, as a factor, is a cross-sectional idea,” he says.

“When I’m talking about the momentum of factors it is not the stock that is the assets, but you’ve got a portfolio of these assets and you are looking at which factor in the portfolio has done best recently and put a bit more weight into that.

“Now, it is going to have some correlation to momentum itself, but it is far from being a correlation of one. It is just a different way to take active risk.”

You can call that a form of timing, he says, but he also warns it shouldn’t be a dominant part of your strategy.

“You might take a little bit of active risk, timing across [factors], but you take the bulk of your risk in a balanced way across those risk premia.”

In a recent article on AQR’s website, Asness explains why he now advocates placing a little more weight in the value factor than before.

Whereas value has been out of favour for the past 10 years or so, it is only in the past two years that valuations have become so skewed that they don’t follow any fundamental reasoning anymore, he says.

“For a long while, even as value suffered, we cautioned against upping the value weight. This was both because timing just ain’t easy, and because despite the losses, value simply didn’t look exceptionally cheap,” he wrote last month.

“[However] value has continued to suffer, but lately for less fundamental and more just price (investor sentiment) reasons, and lately has suffered more for our mix of value factors than for generic measures.

“Factor timing is an ugly thing … but I think it is about time we did some.”

AQR’s argument for factor timing largely applies to equities markets and less so to other markets, Richardson says. For example, credit markets, which to some degree are correlated to equity markets, are much harder to time.

“In credit in particular I would say really think twice. Why? Because it costs so much more to trade,” Richardson says.

“The one thing I know for sure in the credit markets is that I have to pay a lot to trade. The dealer is going to be very happy if I have an aggressive timing model, but the end asset owner less so.”

Any additional return made from well-chosen factor skews are easily offset by trading costs and so the risk of getting it wrong is simply not worth it.

“We would advocate doing very little, if any, factor timing for credit, that is, when we spend our turnover budget, let’s make sure we are picking up on a high-precision view of returns,” Richardson says.